Home » Marine Safety » Video: How to Launch and Board an Inflatable Life Raft?
TwitterFacebookLinkedInPinterestBuffer

Every ship has inflatable life raft canisters apart from the normal life raft or life boats that are to be used during emergency situations. These canisters are secured on the ship’s deck or other locations from where it would be easy to deploy them. 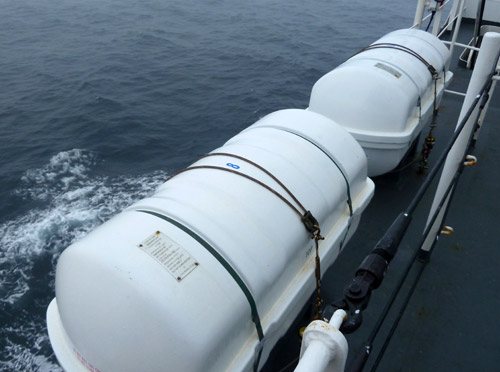 Boarding a life raft is also a difficult task especially in rough weather. Though jumping on the canopy of the life raft is not advisable, it can be done if the height is less. However, the most advisable way is to jump in to the water and then board the raft using the painter.

Sometimes it might so happen that the life raft would turn-over while boarding and would hurt you in the process. There is a proper procedure to deal with such situations.

In this video, learn how to launch and board an inflatable life raft with utmost safety.