A variety of maritime accidents can take place at the sea. As such kind of disasters are unfortunate in nature and generally involve huge loss of life and property, they are always followed by detailed investigation along with various legal proceedings.

Any form of information or data which can be helpful in the investigation process is known as evidence. Seafarers and professionals working on ships play an important role in collecting evidence which would help to resolve the issue as soon as possible.

Why Should Evidence be Collected?

Evidence that is collected on board ships is considered as proof that tends to establish facts during investigation. So let’s say two ships have met with a collision with each other and the matter is now in court. In such situation, it’s the factual evidence or the time statement that assists the investigators and help judges to come to a decision.  In the past, several maritime disputed facts have been won over on the basis of providing genuine evidence.

Usually, we see  disputes/conflicts on board ships, even, during the day-to-day activities. Irrespective of the kind of dispute, investigation, arbitration, judgment, etc. all call for good evidence in lieu with the ISM modules. The information that would form an evidence does not necessarily be documented in log books and time sheets but can also be in the form of photographs, videos, CD’s, or even investigated data from third party experts. This would prove that the accident is worthwhile and thus eventually save costs and valuable time. 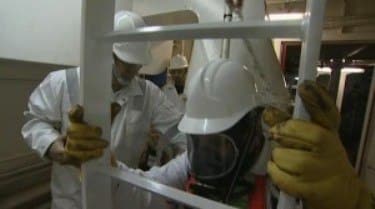 Evidence – objective as well as subjective will be analysed by lawyers, investigators, auditors, insurers, underwriters, consultants, etc. Such facts would be required to be thoroughly understood including the background data that lead to the casualty. This explains why one is required to gather as much data as possible including past records, registers, crew data, ship’s technical aspects, and data from the safety management systems.

When should seafarers collect evidences?

It is imperative to understand the need of the evidence during an accident on ships. Practically, whatever data that is available related to the accident should be collected almost “immediately” after the incident / accident took place. Some of the useful data that can be collected for investigation includes daily records in the form of logbooks, daily registers, etc.

Sometimes an accident can be a major one and it may take months or even years to get the claims settled. There have been cases wherein the parties involved have delayed the process by taking up defensive roles. Following this, as the delays get instinctive, retrieving credible information and subsequent data is very much difficult. It is therefore better to start collecting data as soon as the incident or casualty takes place.

What are the investigators / auditors looking for?

Seafarers need to remember that there would be certain cases or incidents which would involve different kinds of people with varied backgrounds and not all of them would be well known with the shipboard life and shipping related operations.

Investigators or auditors in general are interested only in getting as much data as possible to explore all possibilities that might have led to the maritime incident. They would collect and safeguard all the factual data that suggests what took place during the accident, although it is pretty much difficult to figure out what exactly happened.

In a lot of cases, the witnesses are fretful about any blames directed towards them and accordingly present themselves to stay on safe grounds. Unfortunately, the investigators are not concerned with human emotions and are in fact more grueling with the people whom they suspect. Scattered clues are picked up inadvertently throughout the investigation process and thus it is viable for the investigators to keep the witnesses encouraged in order to give an accurate feedback.

The Seafarer’s role in collecting evidence

In cases where loss of life or serious casualties have occurred, or cases where it is assured of great loss of money; lawyers are proven 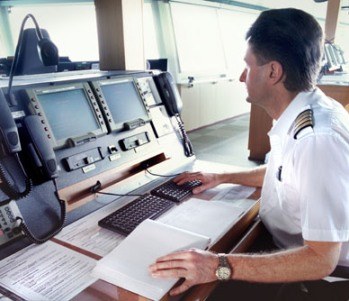 to be the best scouts. Apart from lawyers who play a crucial role, the mariners, especially the senior officers play a large role in providing evidences to the investigation process. The evidence provided by the seafarers makes the investigation all the more easier as the data is coming from the most reliable sources – the mariners.

The mariners can provide valuable information that will assist in handling claims and other disputes.  Evidence provided by the seafarers should be in compliance with explicit rules / regulations as per the international and company level standards.

Also with every single safety management system on board there will be measures identified for maintaining vital documents accurately, including but not limited to:

In all, seafarers are invariably responsible for gathering data with respect to the vessel’s day-to-day activities / operations or during casualty / incident / accident / cargo dispute, etc. Evidence in the form of photos, videos for real time data, record keeping, notes of protest, statement of facts, master’s reports and likewise any data that might be useful in fault finding and claims settlement must be taken by seafarers during accidents.