You are here: Home › Maritime Piracy › Are We Sleepwalking Back to Piracy?
TwitterFacebookLinkedInPinterestBuffer

A shift in US foreign policy based both on changes to the threat landscape and improving domestic energy security could lead to an increase in threats to shipping within eighteen months according to David Hunkin of Dryad Maritime Intelligence. With the US strategic focus now firmly fixed on the Asia Pacific region and Iran ‘coming in from the cold’, it is only a matter of time before western navies begin withdrawing the warships that have been so successful in suppressing piracy. Then what? With no convoys and no rescue forces, the commercial shipping industry could be left to fend for itself.

According to Edward L Morse, the Managing Director and Global Head of Commodities at Citigroup, the US will become a net exporter of energy by 2020 and so for the first time in living memory, it will no longer have concerns over Gulf oil or threats to its supply. Asia is the new US focus economically, politically and from a security perspective. Asia is where the next threats and opportunities for the US will arise. The Middle East is losing its importance and American and British armed forces are already withdrawing from the region much to the consternation of GCC states.

Baroness Ashton’s recent visit to Iran, the first such visit since 2008, was a significant step in the normalisation of relations with this once pariah state. Having suffered years of suffocating sanctions, all the indications are that Iran is ready and eager to resume normal diplomatic ties with those whom they once saw as enemies. Businesses too are gearing up to return to Iran as they prepare for a huge market to re-open and to resume trading with a population that has become increasingly western facing in recent years. On current evidence, there appears to be genuine moves to re-engage and for Iran to make a meaningful return to the global stage and resume normal diplomatic and commercial relations with global trading partners.

NATO and EU maritime forces have been highly successful in suppressing Somali piracy in recent years especially considering that it was not their primary role. It’s no secret that those maritime forces were deployed primarily to deter and be ready to defend against a miscalculation by Iran or a third party against a backdrop of an ambiguous nuclear ambition and a potential return to regional hegemony. For years, some of the most capable maritime platforms in the world were deployed east of Suez just in case Iran did the unthinkable. It could be argued that piracy was a helpful diversion, giving underemployed warships and aircraft a much needed and laudable role in defending commercial maritime trade whilst waiting for the apocalypse. But with the threat landscape changing, pressure is mounting to bring those forces home and over the next 18-months, it is expected that the naval presence east of Suez will be very different to what we see today.

So what does that mean to the vital shipping that will still be plying the waters of the once “pirate infested waters” of the Indian Ocean? Well it could well lead to a return to the bad old days of piracy and, it could be argued, it may even be worse than we have seen before. Whilst progress has been made in Somalia, the business model of piracy has not been irreversibly broken as numerous NATO commanders have warned. Piracy has been contained rather than solved and so if that containment is removed, piracy will return. Not only could a reduction in naval forces herald a return of piracy, it would also most certainly result in a reduction of rescue forces. At present, should a ship’s crew retreat to a citadel as pirates take control of their vessel, rescue forces are only hours or days away.

With a drawdown of maritime forces, such rescue could be weeks away or it may not even materialise at all and it is highly unlikely that parachuting special-forces into the middle of the ocean to retake a pirated vessel with no on-scene naval forces will be considered as a viable hostage rescue solution.

So the nexus of reducing international tension and reducing economic significance seems inevitable. At some stage in the near future, naval forces will withdraw and Somalia will still be a largely lawless and ungoverned space and piracy may well return.

Governments, international organisations, the shipping industry and the private maritime security industry have around 18-months to forge a solution if we are not to see this prediction come to pass. Dialogue needs to begin now to agree how the vacuum left by redeploying military forces is going to be filled, most likely by a commercial solution or a mix of commercial and defence capabilities. The Indian Ocean has recent and painful history of expensive private security solutions and yet placing armed guards on ships is comparatively straightforward when compared to the complexity and scale of the ‘area security challenge’ faced by maritime forces.

The solution can’t be the same commercially; industry needs to be innovative, imaginative and ultimately cost effective. Extreme caution should be exercised before revisiting the issue of ‘private navies’ however with many models already tried and failed due to the complexity and costs involved. Likewise, it is imperative that only stakeholders with the right maritime background engage in this discussion. The private maritime security industry became the new gold rush for former soldiers frustrated with earnings dwindling in both Iraq and Afghanistan.

Whilst admirably entrepreneurial, most lack the experience and skills required to solve this complex multi-dimensional maritime problem. Whatever their background however, the dialogue needs to begin now to decide how the commercial sector can ensure that shipping is protected when the politicians no longer care and the warships have gone home. The clock is ticking but for once there is time to establish an effective a solution provided the reality and enormity of this situation is acknowledged and measures put in place to ensure the safety of those plying their lawful trade upon the Indian Ocean. 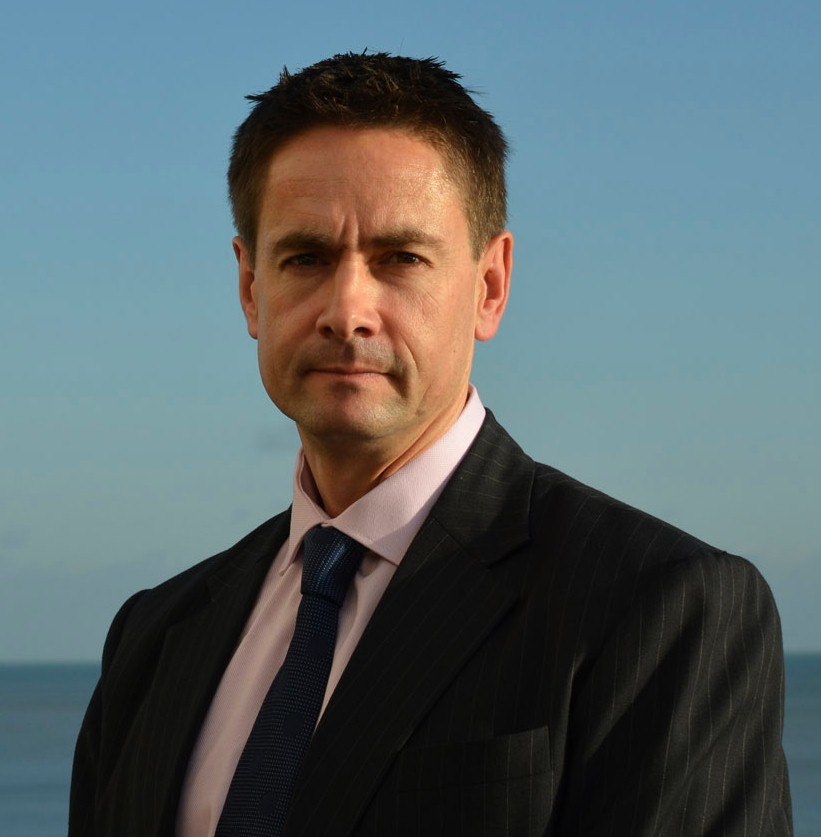 David Hunkin is the commercial director of Dryad Maritime. Prior to that he has spent 25 years in the Royal Navy as a Warfare Officer, Mine Clearance Diver and Commando.  An Associate Fellow of the Nautical Institute, his seagoing experience culminated in the Command of both his own ship and later, a flotilla of international warships on operations in The Gulf for which he was awarded an OBE in 2010. In parallel, David worked in various conflict zones across the Middle East, Africa, Asia and the Caucasus where he gained first-hand experience of the security challenges faced by business in frontier markets.  In 2011, his final military role was as a Security & Evacuation Advisor to British Embassies in the Middle East during the Arab uprising. When time allows, outside of work David’s passions are yachting and field sports.

About Dryad Maritime : Dryad Maritime was founded to ease the vulnerability of today’s commercial seafarers whose lives are increasingly at risk from the global threats of terrorism, piracy and other waterborne crime.

During his service in the Royal Navy, Dryad Maritime’s founder Graeme Gibbon Brooks, witnessed first-hand the impact a lack of commercially-available intelligence was having on the world’s merchant fleet. Identifying there was a void between naval protection and the merchant fleet’s abilities to mitigate the risks themselves, Dryad Maritime set out to provide intelligence to the commercial industry that would enable crews to better protect themselves against the rising level of crimes at sea.

The Heavy Price Of West African Piracy
No Information On Kidnapped Seafarer From MV Tampen After 11 Days Of Pirate Attack
Indian Crew Onboard MV Tampen Attacked By Pirates; Two Injured & One Kidnapped
Gulf Of Guinea Is World’s Piracy Hotspot With 95% Seafarers Kidnapped