On ships, not only Transformers but also generators, protection devices, etc., are mostly rated in kVA. A motor does mechanical work and thus has mechanical output expressed in kW, and it has fixed Power factor, i.e., the motor has defined power factor, and the rating is written in KW on Motor nameplate data table. That’s why we are rated Motor in kW or HP (kilowatts/ Horsepower) instead of kVA.

In case of an electric motor, it’s primary function is to convert the electrical power into mechanical power as the load it is connected to is not electrical, but mechanical and only active power is taken into account which has to be converted into the mechanical load. Moreover, the motor power factor does not depend on the load, and it works on any P.F because of its design.

A transformer is a static device, which does not perform any mechanical work. But the primary functions are stepping down and stepping up of voltage ratings. Invariably, while stepping up/down the voltage, it also steps down/up the current inversely. 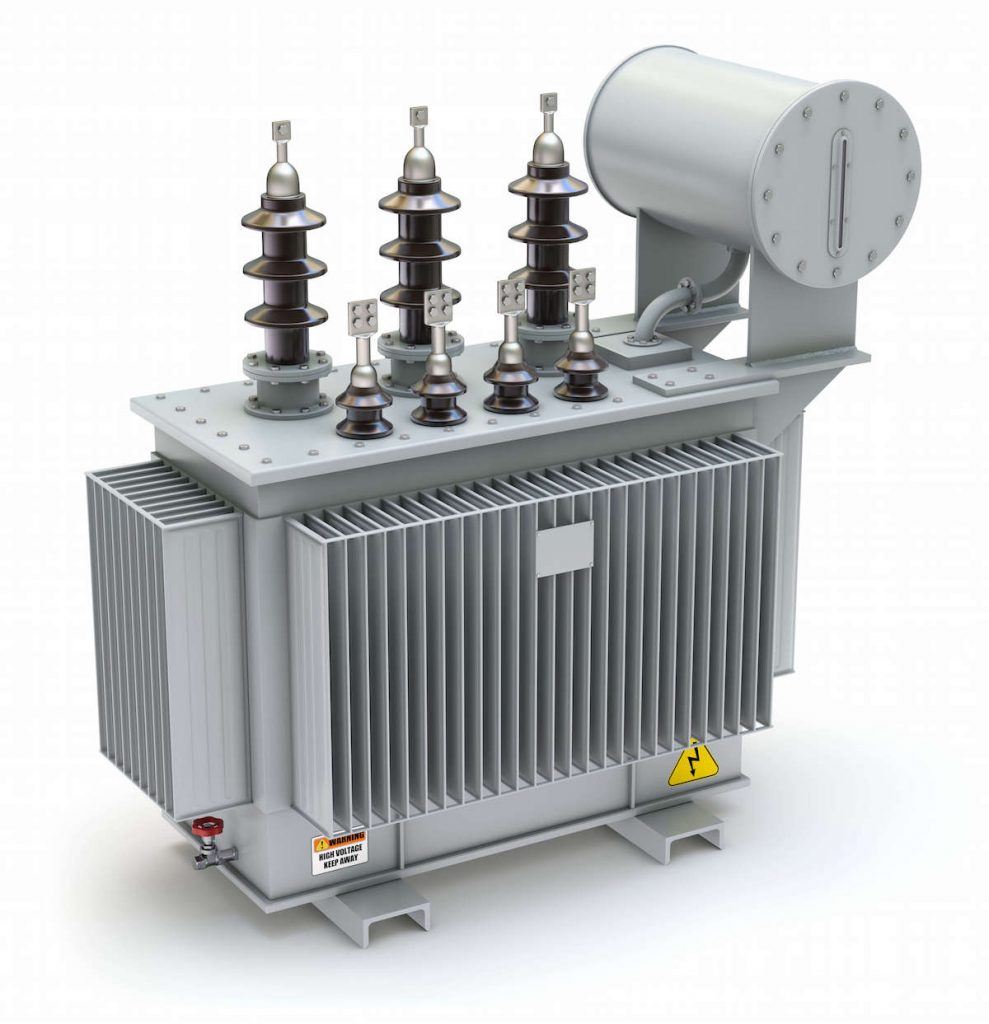 While doing the work, the transformer bears two types of losses ;

Copper losses in the transformer ( I²R) depend on the current which is passing through transformer winding. On the other hand, the Iron Losses or Core Losses depend on the Voltage. It can be said that the copper loss depends on the rating current of the load the transformer is supporting; therefore, the power factor can only be determined by the load itself.
The P.F (Power factor) of Transformer depends on the nature of connected load such as resistive load, capacitive load, an inductive load as Motors, etc.

The current flowing through the transformer can vary in power factor, from zero PF lead (pure capacitive load) to zero PF lag (Pure inductive load) and is decided by the load connected to the secondary. The conductor of the transformer winding is rated for a particular current beyond which it will exceed the temperature of which its insulation is rated irrespective of the load power factor.

Thus considering both the above ratings, it is usual for transformers to be rated in VA. It can further be understood as the product of voltage (V) and Current (A). But this does not mean that one can apply a lower voltage and pass a higher current through the transformer contributing to the rated VA value. The VA value is bounded individually by the rated voltage and rated current.

All the electrical equipment in connection with the generation, transmission, distribution of a.c. power such as alternators, transformers, switchgear, cables, etc. is rated on kVA basis.

It is evident from the above equation that the larger the Power factor, the smaller is the k VA requirement of the machinery. Therefore at low power factors, the K VA rating of the equipment has to be made more, making the machine larger and expensive.

Thus k VA rating is so important and it is assigned at the design stage itself.

The transformer sizing is normally done on the following condition.

b) Keep a 10% spare capacity for future loads.

You may also like to read-What is Alternate Marine Power (AMP) or Cold Ironing?

What is Marine Electricity And How It is Generated?