Seafarers perform an admirable service to the people by helping move different types of ships and a variety of cargo from one port to the other, complying with a number of regulations and facing dangerous risks such as maritime terrorism and rough weather.

As some people think, this profession is just a form of adventure which gives free travel at no cost and hefty salary to the seafarer.  However, this is far from reality.

Several issues faced by the shipping industry have made seafarers’ lives at sea extremely difficult. The methods in which several issues are being handled by the maritime authorities have led to aggravation of problems which needs to be solved as soon as possible.

In this article, Chief Engineer Mahendra Singh points out some of the main problems faced by the shipping industry in today’s time.

Every one of us would have seen advertisements claiming to issue COC and CDC of Belize and Marshal Islands expeditiously. However, it is to note that the recruitment and training of seamen has been vitiated because of the emergence of such registries. Advertisements in prominent newspapers about recruitment of seafarers from unknown and improperly registered entities are increasing. Under the Maritime Shipping (MS) Act, it is our duty to eradicate such unscrupulous recruiters, trainers, and issuers of documents; but it is quite evident that we are failing miserably.

Some countries such as Philippines and Ukraine have started taking this issue seriously and therefore their seafarers are being benefited by enhanced quality training provided to them. Sadly, Indian institutes are not paying enough attention on skill development and are those lacking in quality of seafarers. Probably that is also the reason that fresh deck cadets and junior engineers are not getting jobs easily.

2.   Mindless Security Measures at Ports: Until some years back, before the International ship and port facility security (ISPS) code, it was very convenient for ship’s crew to finish the work by late afternoon and then easily go out to refresh themselves ashore. However, now with mindless security the freedom of a seafarer to go ashore has been substantially curtailed.

Due to high security measures, even harmless people are prevented to visit or interact with the ships coming to a port. Sometimes it’s not understood how even priests from Missions to seafarers can be a security threat if they are allowed to visit ships to carry seamen to the club and bring them back on board. More often, such people are more inclined to help seafarers and resolve their issues.

True Incident: Once our agent dropped me at a seamen’s club of the Cape Town and asked me to wait there until the ship berths at night. Though he promised to come back and take me on board ship, there was no news from the agent until late evening. It was then that I decided to ask the lady manager of the seaman’s club. As soon as I explained my problem, she swung into action and in less than thirty minutes I was lodged in a hotel to rest.

It is to note that there are institutes out there which genuinely care for the seafarers and thus they should be allowed to interact with the seafarers when their ships reach the port.

3.   Difficulty to Join Ship: With fast loading and discharging rates of the cargo at ports, especially for the former, it has become increasingly difficult for a seafarer to fly out and join a ship in a distant port. This is because by the time the visa is processed, the ship is already loaded and ready to sail. Moreover, a lot of times seafarers have to wait for a long time to join a ship.

4.   Not Enough Time for Maintenance Work at Ports: Seafarers are not finding enough time to carry out maintenance work on ships as a result of short port stay and reluctance of port authorities to grant ship immobilization. Port authorities want ships to finish loading and discharging of the cargo and move out of the ports as soon as possible. This gives very less time to the seafarers to carry out important maintenance work before the ship starts sailing again.

International maritime organization (IMO) should issue requests to port administrations to assist the ships as far as practicable. Moreover, an atmosphere should be created through discussions and persuasion so that the ports adopt a more helpful attitude towards ships. Also, those acting positively should be given due recognition.

5.   Lack of Proper Training: In the matter of seafarer training, greater emphasis should be given to on-board training involving marine equipment manufacturers and shipyard personnel.

Shore-based training by conventionally certified Masters and Chief Engineers though good is not enough and even useless if such training is being imparted in an improperly registered college run by those who have never set their feet onboard ships in last few decades. These days, good ship maintenance work movies have been developed and companies should ensure that they are shown on board with regularity and honesty.

6. Staying Away from Family, Untimely Sign-Offs: The biggest emotional challenge which every seafarer have to face is that they have to live apart from their friends, loved ones and family. Nostalgia is a constant fear which overpowers the sailor most of the times. To overcome these fear sailors form a love bond with crew on the ship or the officials working with him and treat them like family.

7. Ship Safety In Unpredictable Weather: Maneuvering of the ship is always a challenge whatever be the weather either calm or severe. But the degree of challenge increases with severe weather and make it difficult for the sailor to sail the ship in stormy weather. Also, the weather turns from good to bad unpredictably, that it why bad weather is always an alarming challenge for the seafarer.

8. Never-ending Pirates and Piracy: We heard the stories of sea pirates from the times of our forefathers. But its extent is reduced in recent years but not eradicated completely. As per a report, every year 13 to 16 dollars are lost from marine revenue due to piracy. Not only piracy but the sea pirates pose great threat to the lives of the crew on a ship, as they are equipped with more advanced and dangerous weapons.

9. Maintaining Interpersonal Relationship – Dealing With Politics: When we live far from our loved ones or family for a long period of time it becomes difficult for us to maintain those same feelings of love and care for them. We get attached with shipmates and feel closer to them than to our own family. So maintaining interpersonal relationships with one’s spouse or with other members of his family is also a major challenge.

10. Monotony and Lack Of Extra-curricular activities: It is the major challenge which a seafarer employed on the same regular routes have to face. They feel bored with seeing the same views and the same faces to the moon and back. But to overcome this problem seafarers got a midway and work on their personality development, different dressing themes, motivate themselves for work and keep them fully engaged in ship assistance or other concerned works. This monotonous feeling makes the life of seafarer hectic and decreased their social circle. 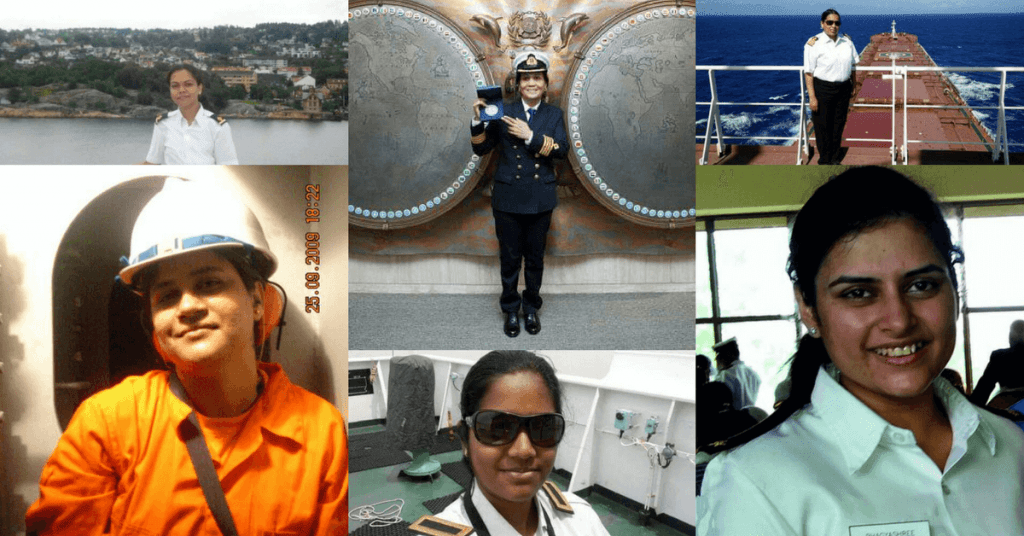