The merchant navy is a rewarding career. However, more than that, it is also a ‘decentralized’ career. For the lack of finding a better word, the idea behind terming it decentralized is the fact that seafarers are far away from the action of everyday interactions and social milieu associated with the average workplace. Long periods away from the touch of a loved one, the voice of one’s near and dear ones, the late night barrage of texts and phone calls with a partner, a planned night out with friends etc. are the things that seafarers sacrifice for a career that is so romanticized by the general populace.

Owing to its manifestation in popular culture, the ‘outsider’ tends to ignore the extreme monotony and boredom that might set in with regard to a seafarer’s life on board. It is at time such as that, which we turn to the limited range of options that make us happy on board. As opposed to what one might imagine, a shore leave doesn’t alleviate all our problems pertaining to the tough, precise and monotonous life on ships. No, it is not like in Captain Phillips wherein our everyday lives are a projection of the adrenaline packed drama that ensues in the film; it is in fact, much like the workplace on shore, a day of regular responsibilities with a dash of excitement thrown in multiple times! It is indeed a very high-pressure job, simply because of the value of the cargo and lives and the cumulative effect of a whole lot of other things, which is why the occasional entertainment is more of a requirement than a luxury.

So what is it that we must go through to keep ourselves happy and sane?! What keeps us seafarers entertained and cheerful on board ?

1. The Internet: On shore, internet has become pretty much a necessity along with food and drinking water! Life without the Internet is uninhabitable for some right? Well, it is a sort of a luxury on board! Yet to be implemented on board every vessel (a promulgated suggestion under the MLC), it is something that makes and keeps everyone happy. Seeing the face or hearing the voice (or even a text message) of a loved one after a tumultuous day at work via Skype, while in the middle of the Atlantic Ocean, provides solace like no other.

Some ships only have the availability of an emailing system (AMOS Connect), which, although not as effective as the Internet as a whole, aids in the process of keeping a sailor happy! Seeing a new email pop up during the voyage gives us a feeling of unparalleled joy and satisfaction, offering a temporary relief to the perennial loneliness. It’s a small way of remembering that there are people back home who miss your presence and think of you. Trust me, in an extremely professional environment such as the ship, a touch of personal gesture, although virtual, works wonders.

2. The Satellite Telephone: If you recognize the INMARSAT satellite telephone code on your mobile, drop whatever you’re doing and take that call! It is not a device we use to make routine calls to inform everyone that we’re all right or to use it for frivolous conversation; instead, a sailor only makes a call when he’s either really happy about something, or needs the support of a loved one. Either way, it is one of the biggest outlets for a seafarer outside the company of his shipmates. The calls are expensive and should never be taken as a regular ping to chitchat!

Being a navigating officer working on the bridge, I personally see everyone that comes by to make a call. Most leave the bridge with an incredible smile on their face! Almost all of the time, after a phone call, the person normally waits around to talk to us officers on the bridge, clearly showing a marked increase in joy. And when it is time for the festivals, it is a sight filled with emotion and happiness and longing. So yes, the telephone still remains the number one derivative of happiness onboard.

3. The Recreational Room: This is the college/boarding room ‘common room’ we all grew up with! Equivalent to the airport lounges after a hard tenure of travel, this little bit of real estate is where we congregate for a prolonged session of debate, films, and general tomfoolery! Be it a tea break during work hours, or the usual accepted time of sitting together post dinner; a well laid out smoking/recreation room keeps the sailors in binding on an everyday basis. This is where the films, music and other visual entertainment is stacked, bringing together seafarers of different ranks to sit together through a few hours. This is also where the cards are played, sports tournaments are planned and ideas are hatched, and, if the company policy allows, alcohol is consumed. Therefore, a smoking room that is well stacked with films, books, music, preferably a good gaming device and other such similar paraphernalia, is bound to keep every seafarer happy.

4. Parties: The ubiquitous parties on board are the sorts of thing every seafarer loves. Be it Christmas, New Year, someone’s birthday or maybe just a good day; a good party on board makes each and everyone happy. Be it the meat that is barbecued to perfection out in the open while the ship cuts through the Atlantic/Pacific breeze or the loud blast coming out of the speakers to which every sailor dances his heart out- the party is the time when camaraderie and mutual affection reaches an all new high! Apart from the officer on watch (who HAS to keep away from the pleasantries due to obvious responsibility, along with the Captain and the Chief Engineer), it is a given that almost everyone lets their hair down in those few hours. And do not judge us; it is not your average party out at night on shore, dressed sharp and hair gelled to the tip, reeking cologne all over! No, this is another grade; one of outlet and general revelry.

5. Sleep: No seafarer can ever deny that the most prized asset in the arsenal is a sound, long sleep! Overworked most of the times and in need of some rest, a seafarer looks forward to the time when he can go back to his cabin after a hard day/night at work for some rest and recuperation. Those who work onboard will know most of the times, going to the cabin inadvertently means going off to sleep (unless there are more pressing matters at hand). Frankly speaking, there is barely any energy and/or desire left to put on a film or to read a book for the after hours. Most of the times, a trip to the smoking room after the watch/deck work is just a precursor to doze off gradually into a few hours of bliss!

6. Appreciation for good work: In an increasingly professional work environment wherein human relationships take a backseat, a few words of appreciation can be a huge encouragement to an individual. It is not really necessary that it involves grand words of praise; however, a simple ‘thank you’ or ‘good job’ can go a long way in making seafarers feel the work they did was of immense value to someone else, thereby automatically increasing eagerness to work and efficiency in work.

7. Bonuses/Perks: We as human beings, seafarer or not, are tuned to accepting reward in the right spirit. Necessarily not monetary at all times, any form of reward increases output and is almost always taken in high spirits. A little extra in the month end allotment, or something from the side of the charterers always makes a seafarer feel involved in the processes of the company. Quite logically, appreciation combined with perks definitely ups the allegiance of an individual to his company in terms of work as well as loyalty.

8. Timely Sign-off and Shorter contracts: Ask any veteran in the field of the merchant navy, and he will tell you that the practice of timely sign off is a sign of a good company to work for. An employer, who puts the interest of a seafarer, especially when it involves his long due visit home, surely signifies great work ethos. The topic of shorter contracts also falls under the same purview, for short contracts ward off negative thoughts on behalf of the seafarer such as ‘counting days to go home’, ‘when will the vessel be alongside’ etc. Timely Sign-off is a matter of concern of every seafarer. Just like other humans, seafarers also have made plans and given commitments to their loved ones. Respecting the promises they have kept is all a seafarer asks for the shipping companies and owners. 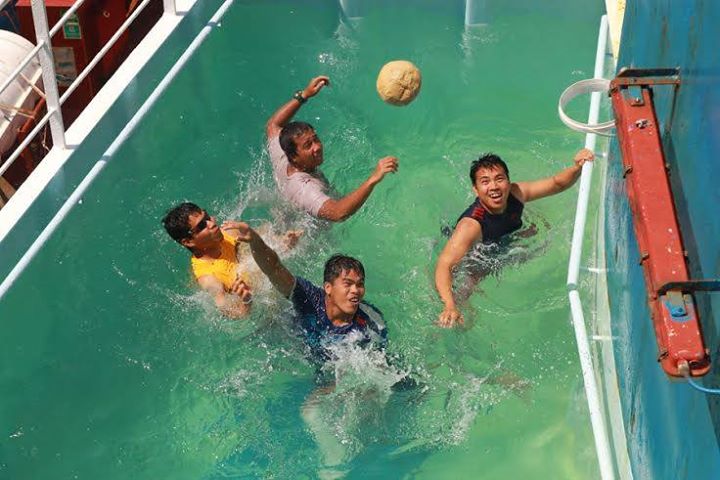 9. A Day Off: A luxury that is not applicable to maritime professionals, a day off on board is something that brings with it immense joy and anticipation. A rare occurrence onboard, an off day gives most seafarers a much-required day away from work and responsibilities. Waking up late and lazing around in the cabin all day are small pleasures that come by once in a while and end up as a major refreshment of the body and mind for the seafarer.

10. Good Food: We’ve all read the quote “The way to man’s heart is through his stomach”. Well, it definitely holds strong on board. Seeing a good meal laid out on the table gives every man immense joy. And what sailor wouldn’t be happy with a steaming plate of freshly prepared food right before/after his watch!

Though the above mentioned points sound extremely simple in today’s world, it comes with great surprise that many merchant vessels still lack the bare necessitates and rights of the seafarers. We receive several complains from seafarers regarding lack of quality food on board, unhygienic and poor accommodation facilities, no or negligible recreational activities, lack of sleep due to extra working hours and overtime, untimely remuneration and sign-offs etc. In such conditions, proper availability of even such simple things seem heavenly to seafarers.

All in all, merchant navy doesn’t spare us of the troubles of workplace stresses. Finding joy in the small and unique pleasures is what keeps each one of us strong, miles away from home.

What do you think truly makes a seafarer happy on board ships?

You may also like to read – What are Sea Shanties? 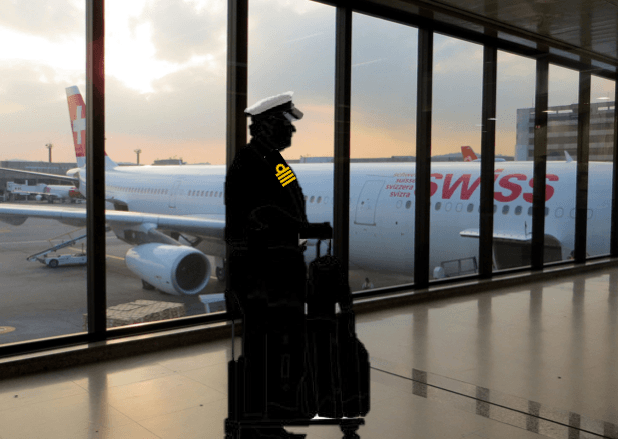 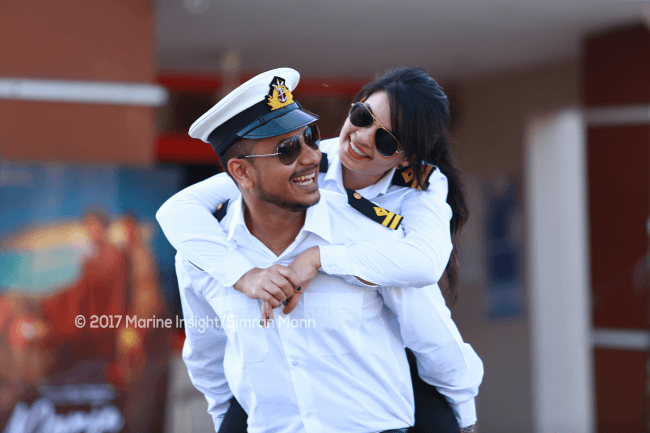