The use of marine airbags to launch a ship and to land it back in a dock is a very novel process. The concept was developed in the year 1981 in the Jinan province of China. In these past thirty years, this concept has undergone a lot of development and revolution and is now one of the most recognised methods of launching and landing a ship.

The use of airbags helps to remove the hindrance of using tows and tugs as launching and landing instruments. Moreover since the airbags use synthetic rubber and a high defined system as their core design, it has become easy to use such airbags for any ship that has a DWT (Dead Weight Tonnage) of less than 55,000.

Additionally, the revolution carried out in the process of using airbags as launching tools also has the advantage of being used for any kind of ship. This factor is very important because in the initial days when the marine airbags were newly launched in the shipping industry, only small boats which were flat-bottomed could use the facility of a marine airbag. 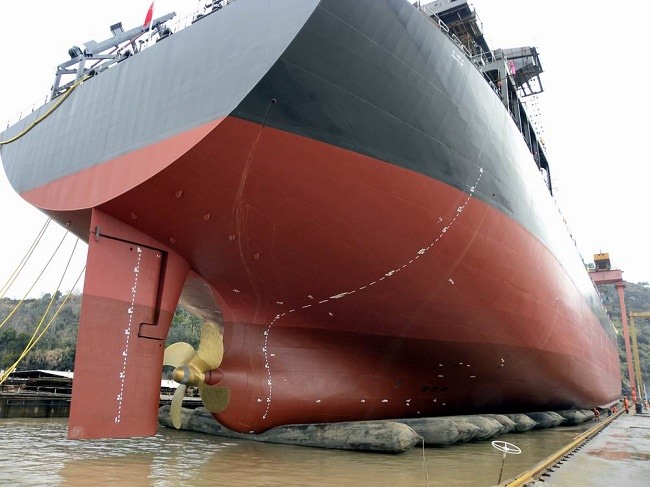 Another most important advantage of using an airbag for the purpose of launching ships is that the process is re-doable. The airbags after they have served the purpose of either launching a ship or landing a ship in a dock can be pressed out of the inflating gas and then folded for using them again at some future date. This ensures that there is no extra financial burden involved unlike when the more traditional methods of ship launching and shoring are used.

Also since these airbags come with abrasion-free coating and are resistant to any sort of piercing, they ensure that the process of using marine airbags can be repeated many times over. This again contributes to the investing rate of a shipping company or owner being quite less than what they would be contributing while opting for the more conventional methods of plunging a ship into the water.

Another important feature of a marine airbag is that it is not only used in ships but also in other marine areas like naval salvage, launching of caissons (large watertight chambers used for underwater construction purposes) and floating docks. The technology of marine airbags is such that if it is developed further, it can be used in many other important and necessary marine areas.

It has to be understood that in order to use marine airbags in the shipping sector, there needs to be adequate space for the purpose of launching and shoring a ship. Because if there is an absence of space, then it could lead to the airbags not being inflated properly thus causing accidents to a ship or boat thus using the airbags.

A marine airbag is something that has come up a long way in the three decades of its first being used. Given the way the technology is peaking in today’s times, it is very obvious that could achieve even more development in the days to come. Further development and up-gradation for this particular system, would mean that naval hauling and trucking could be something that even non-naval users be proud and appreciative about.