You are here: Home › Future Shipping › Tsekoa II: A Ship that Would Run on Fuel Cell Batteries
TwitterFacebookLinkedInPinterestBuffer

In today’s globalised economy where the world is going eco-friendly, it is not unnatural that the marine world would also come under this banner soon. Oceans and Fisheries’ Tsekoa II, as this vintage vessel which the scientists have targeted on to execute their creation is called, has been doing rounds as the Canadian Coast Guard, since its inception back in 1985.

The plan is to spruce up this archaic vessel with a sprawling 6.6 meters well-equipped scientific laboratory and harnessing it with a propulsion system comprising hydrogen-air fuel cell batteries and diesel generators with low-emission features. 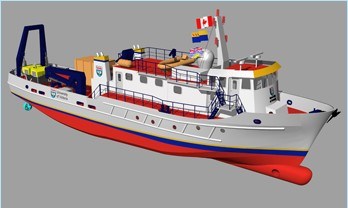 Lead designer and scientist of the University, Kim Juniper states that the main motive behind embarking on this unique venture is to cater to the gratification levels of passengers traveling on cruise ships who desire for a serene, tranquil experience and are not much in favor of unnecessary noise. In fact, as the superb structure of the ship will encompass

The endeavor is much more than mere construction of an environmentally friendly ship. The ship Tsekoa II will be further used as

The ship has been claimed to be all the more eco-friendly due to the simple fact that the idea is being implemented on an outdated, obsolete vessel, the components of which would have otherwise been gone to the trash.

The scientists are yet to decide on the kind of battery or fuel cell to be used. One possible alternative is to incorporate Lithium-Ion battery which possesses paramount power and can drive on without any friction for eight long hours at a stretch. 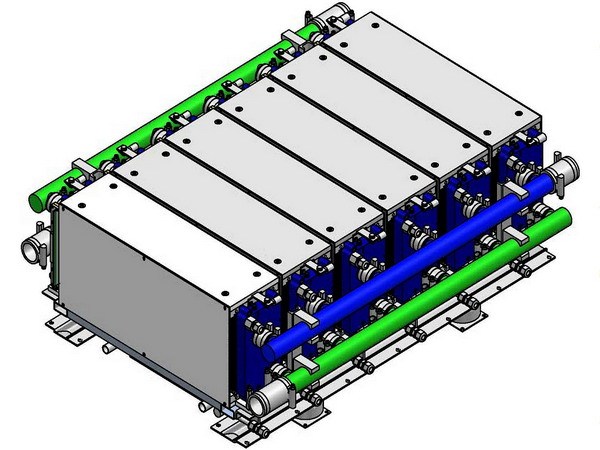 If this technology is consolidated, the assimilation will go on to become the greatest installation in the world of transportation.

One constraint in the execution of this outstanding hypothesis that the developers of the fuel cell ship are facing, is to pursue larger containers and vessels to comply with the “green ship” concept. This is because these mammoth vessels are driven more by the motive of profit, rather than contributing towards the environment. Another cause of concern is the expense factor that will be incurred in raising up such a unique concept, accounted with the latest technological tools of the marine industry. The latter problem, nevertheless, has been overcome to a great extent by the very “green” nature of the program and has been successful in grabbing handsome funds from a number of private as well as government sources, including the Canadian Foundation for Innovation.

Currently, the brainchild is in the making and is supposed to be launched within a couple of year’s time. The approximate estimation of the whole makeover project has come to around $20 million. Whatever be the contemplated technology, it is of no doubt that North America will soon witness its first Plug-inHybrid ship driven on fuel cell.