Engineers and innovators across the world are coming up with ideas to provide sustainable, alternate living environments to combat the threat of rise in the water levels due to global warming. The Lilipad floating city is one such engineering idea developed by Belgian architect Vincent Callebaut.

The floating city concept has been brilliantly planned after taking due consideration of the existing global climatic trends and the scientific analysts’ predictions for the future. 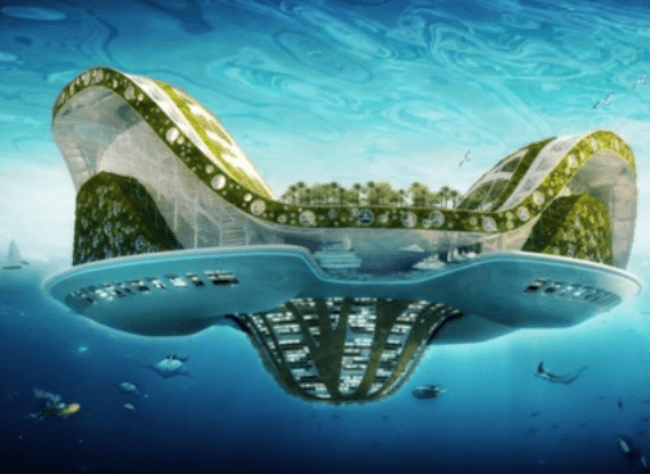 The blueprint of the Lilipad floating city was demonstrated before a panel of experts during the Oceans symposium in 2008, which further accredited the workability of the floating city.

In addition, the Lilipad project also successfully incorporates the stipulations laid out by the OECD (Organisation of Economic Co-operation and Development). These stipulations pertain to change in the climatic structure, dearth in the availability of water resources, impacts to the biological diversity and wellness of the global population.

Apart from these four major features, the Lilipad floating city boasts of several other noteworthy features. Each of these features has been thoroughly appreciated by various leading societies and organisations world-wide.

The constructional particulars of the Lilipad floating metropolis add to its uniqueness. The architect has designed the drifting metropolis in such a way that the petals of the lily will provide housing and other amenities to the people. The support structure for the drifting city will be through its centre, designed as a laguna and which will provide the city’s fuel and energy requirements. 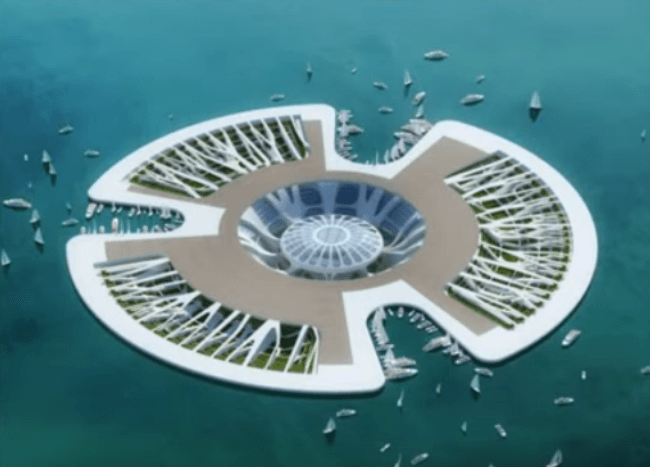 Lilipad is expected to utilise all major forms of alternate energy resources like wind energy, wave energy, thermal energy and solar energy generated through solar cells. The central laguna will also have necessary equipments to enable recycling of CO2. Built of a fibrous material containing mainly synthetic polyester, Lilipad will have an additional coating of a new material known as titanium dioxide (TiO2). TiO2 has ability to draw in the harmful UV rays of the sun and recycle the same productively to meet the global needs.

The Lilipad floating city still remains a future prospect at present. However if the present climatic and weather trends are taken into account, it is quite possible that the Lilipad metropolis will soon the light of the day. Though it may not be what the world wants or desires, the threat of global warming has forced mankind to come up with solutions like that of the floating city concept.