Conventional offshore power generation systems which utilize wave power are located amidst the sea. This is the most common and stationary method to utilize ocean wave energy around the world. But now a new ship has been designed which will go out at the sea, generate power from the waves, store it on board, and bring it to shore for usage. Sounds cool? Read on.. 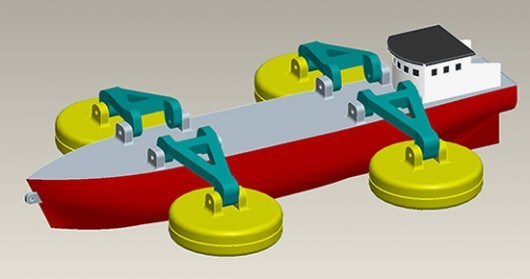 As the ship moves through the water, the oscillating motion of the buoys would be used to generate and store power in the system mounted on the ship.

The system can generate power even while the ship is anchored in the sea. In case of rough weather, the ship can be brought back to the port with the whole set up. 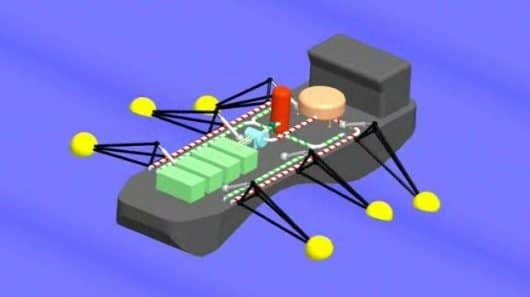 The powered generated and stored on the ship can be transferred from the on board battery system to any shore power grid system.

It is expected that such ship would have a power storage capacity of 20 megawatt-hours and would generate electricity at the cost of 15 cents per kilowatt-hour – way less than those offered by conventional offshore wave power generation systems.