You are here: Home › Marine Environment › Different Types of Dispersants Used in an Oil Spill
TwitterFacebookLinkedInPinterestBuffer

Oil Spills are a significant threat to the Marine Environment.  As the density of oil is less than water, the oil will float on the surface, harming seabirds and fishes and disturbing their natural insulation and waterproofing characteristics.

The natural agitation of water causes dispersion of oil, that is spilt on the top layer of the water surface, to go beneath the water column. But this natural process takes a lot of time wherein the oil can be completely removed from the surface. For this oil dispersants are used.

What are Oil Dispersants?

Oil dispersants are the chemical mixture of surface-active substances added to colloid, to accelerate, and to improve the separation of particles and to prevent them from clumping with each other. Chemical surfactants are amphiphilic compounds, which can reduce surface and interfacial tension by accumulating at the interface of immiscible fluids, and increase the solubility and mobility of hydrophobic or insoluble organic compound.

The main aim of oil dispersant is to suppress the oil spill effect by reducing the amount of oil coming ashore by water waves and by converting the spilt oil into small particles and droplets so that they can be dispersed beneath the water column.

Dispersants are manufactured to different formulations, and their effectiveness varies with their oil type. Laboratory tests may be carried out to rank the efficacy of one dispersant relative to another for a particular oil, and some countries require operators of oil production facilities and oil terminals, where the types of oils produced are handled are known, to undertake studies to identify the most effective dispersant for the oils involved.

Dispersants are classed according to their generation and type-

There are two major types of dispersant

The conventional type dispersants are the mixture of non-aromatic hydrocarbons solvents & mostly used for shoreline clean up. They are used undiluted at the time of application, and the quantity of dosage of this type of dispersant is kept between the range of 30-100% / oil spill quantity. 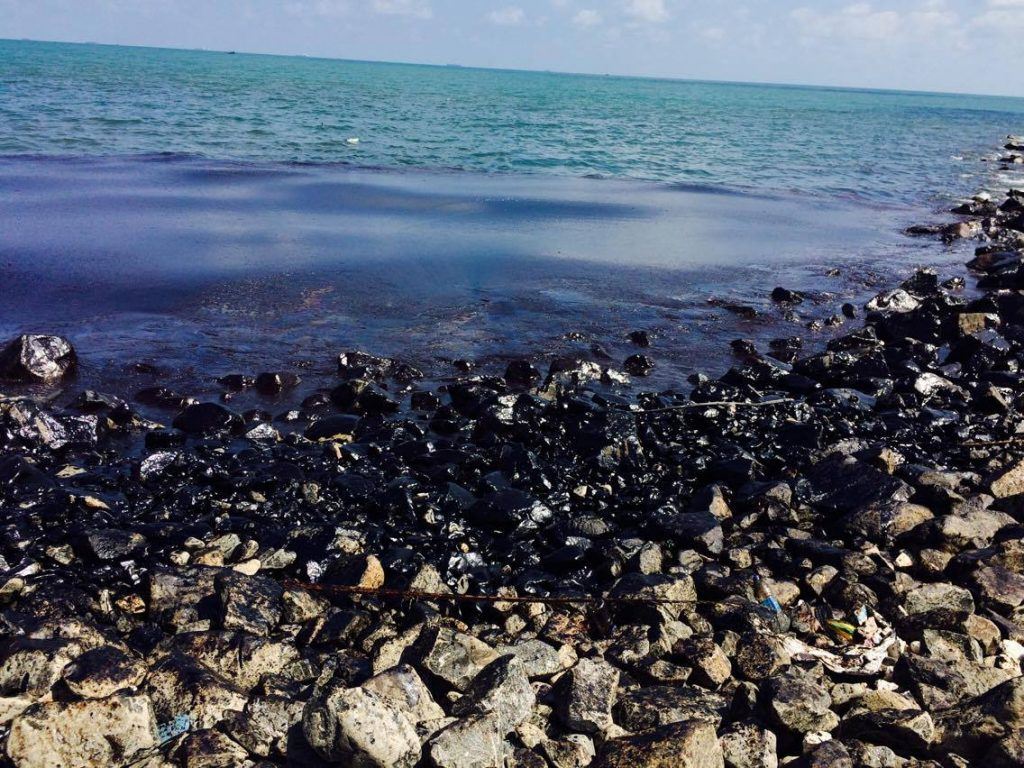 A concentrated dispersant is more popular because it is much easier to handle and deal with concentrated products. This dispersant consists of the mixture of oxygenates like glycol and non-aromatic hydrocarbon.

BIODISPERS: Formerly known as PETROBIODISPERS is an Oil Dispersant manufactured by Petrochemical America Corporation. It is a Non-flammable dispersant, with an effectiveness of approximately 51% and 63% of Prudhoe Bay Crude and South Louisiana Crude respectively.

The most effective method of application is by aircraft, fireboat monitors or similar apparatus. The shelf life of the product is unlimited if kept in a closed container. The solvent dispersant is Water, and the Surface-Active Agent is kept Confidential by the Company.

DISPERSIT SPC 1000: Also known as SEACARE is manufactured by U.S. Polychemical Corporation. It is a Non-flammable, Non-hazardous and possesses an unlimited shelf life if kept in a closed container. SEACARE uses non-petroleum based solvents, and Surface Active Agents are anionic and non-ionic.

The product has a significant effect on fresh and brackish water. Well suited mode of application is either by aerial spraying or by boat spraying.

Nokomis 3-AA and 3-F4: Developed by Mar-Len Supply, Inc. in 1971, Nokomis 3-AA is water based colloid and can be applied through spray nozzles on workboats or ships in such a way so that the propeller helps in mixing the product into the water for the maximum outcome.

It is a biodegradable and non-polluting cleaner, which requires no special handling procedures. It has a shelf life of 15 years or more, if stored correctly and is also considered to be Non-hazardous. The overall effectiveness is 65% and should be applied undiluted.

Later, a new product Nokomis 3-F4 was developed with the same physical and chemical properties other than its viscosity. Increased viscosity increases the chance that the full product will reach the water surface.

SAF-RON GOLD: Manufactured by Sustainable Environmental Technologies, Inc., Atlanta, this oil dispersant has an average effectiveness of 69% and has an unlimited shelf life when kept in a closed container. It can be applied to either a boat or an aircraft. It is non-flammable and is used in diluted form.

MARE CLEAN 200: Formerly known as MARE CLEAN 505, it is manufactured by Ichinen Chemicals Co., Ltd, Tokyo. It is a solvent-based dispersant with solvents as Paraffinic hydrocarbons and the mixture of sorbitan fatty acid esters, polysorbates, and polyoxyethylene fatty acid esters as Surface Active Agent.

The Average effectiveness is 74% and is non-flammable. Though the performance of MARE CLEAN 200 is not affected by water salinity, at temperatures below 40°F or in case of a substantial crude oil spill, MARE CLEAN 200 should not be used without dilution.

NEOS AB3000: A product of NEOS Company Limited, it has a shelf life of five years and should be kept away from open flames, as it is flammable. With an average effectiveness of 55%, it is useful in fresh as well as brackish water.

Along with crude and residual heavy oil, NEOS AB3000 is also effective at controlling volatile emissions from the oil. It is a Hydrocarbon based Solvent and Non-Ionic and Cationic surfactants as Surface Active Agent.

SEA BRAT 4: It is a non-toxic, non-flammable, non-pathogenic oil dispersant manufactured by B.R.A.T. Microbial Products Inc. For efficient dispersion, the affected area should be sprayed with a high-pressure pump with a pressure of 80 psi and 100 psi. It has propylene glycol as solvent and surfactants as Surface Active Agent. The average effectiveness of the dispersant is 57%, and it possesses a shelf life of an indefinite time when stored properly.

It has propylene glycol as solvent and surfactants as Surface Active Agent. The average effectiveness of the dispersant is 57%, and it possesses a shelf life of an indefinite time when stored properly.

JD-2000: Manufactured by GlobeMark Resources Ltd., Texas, this product shows an outstanding performance than its competitors. It is free of phosphates, aromatic chlorinated solvents, branched ethoxylated alcohols, and hydrotreated distillates.

It shows an average effectiveness of 69%. JD-2000 is considered to be the least toxic among other available Oil Dispersants. With a shelf life of 1 year in an open container, it is proven to decrease mortality rates and increase photosynthesis of plants contaminated with oil.

Special Mention- COREXIT 9500 and 9527: Nalco Holding Company, associated with British Petroleum and Exxon produced a product line of Oil Dispersants, which was named as COREXIT. It is applied either by spraying from ships or by aerial spraying directly onto the Oil Slick. 2-Butoxyethanol and a proprietary organic sulfonate with a small concentration of propylene glycol are the main components of Corexit 9527.

The production of Corexit 9527 was discontinued in 2002 as the main component of the product has caused cancer and infertility in animals, and long-term exposure caused respiratory, nervous system, liver, kidney and blood disorders in Human Beings.

Detail and concentration of all the components are not being revealed to the public, as NALCO considers such information as a trade secret. These two were the mainly used Oil Dispersant by British Petroleum in the Deepwater Horizon Spill, 2010.

Quantity of dispersants used depend upon the following factors

Uses of Chemical Dispersant is not a very Environment-friendly, as these products may be toxic, but are the most efficient method of cleaning Oil Spills.