A Ro-Ro vessel was underway at 19kt in good visibility with a single OOW on the bridge. The radar had auto-acquired a target ahead and, with three nautical miles to go, a collision risk alarm was indicated on the screen. No audible alarm sounded, because these had been muted on the radar.

The OOW did not notice this alarm and was now busy plotting the position on the chart and completing the logbook at the chart table, behind curtains.

About nine minutes after the alarm appeared on the radar screen the ro-ro vessel collided with an anchored container ship at an angle of almost 90° and became wedged into the side of the anchored vessel. 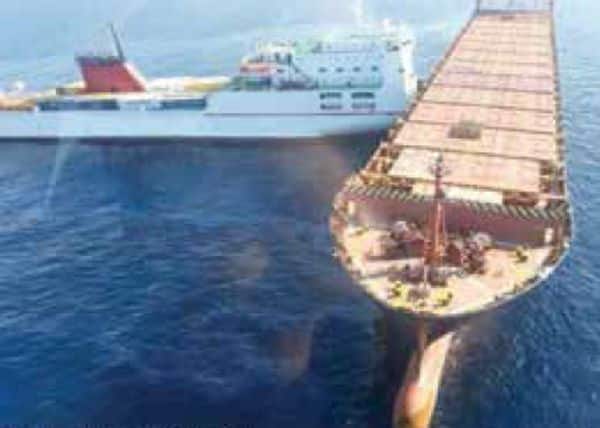 The personnel on the bridge of the container vessel did not see the ro-ro approaching and took no action to warn it.

Four days later the vessels were separated and salvage was initiated. The investigation was not able to determine why the OOW did not see the anchored container vessel in time to prevent the collision. Fatigue, complacency, distraction or lack of properly prioritised jobs could have played a role. The lack of a proper lookout on both vessels was undoubtedly a substantial contributing factor.