An engineer and an oiler were undertaking maintenance on the ship’s elevator. They had opened the inspection cover to the reduction gear of the elevator winch and were inspecting the gears while turning them manually using the turning handle. 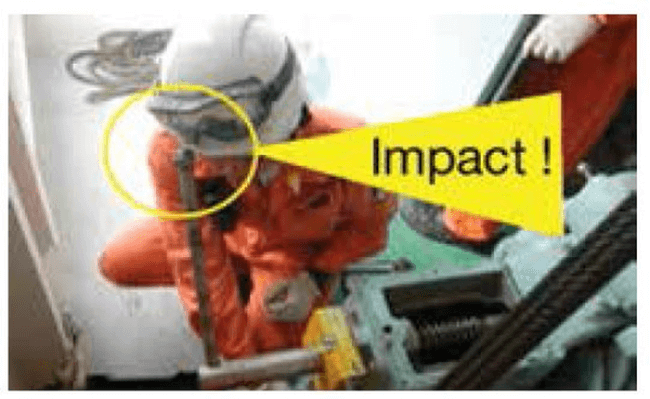 At about the same time, the elevator was activated by the other crew, causing the turning handle to quickly turn; it hit the engineer in his face and arm causing injuries.