An oil driller is the person who is in-charge of drilling on an oil rig. Oil driller is one of the most necessary and basic offshore jobs.  His presence is of utmost importance and is something that can never be done without on an oilrig.

Drilling oil from ocean depths might not sound a big deal but is a one of the most dangerous jobs out there. There are several factors that influence drilling jobs in the high seas and oceanic areas. Underwater oceanic area, the marine lives, the marine ecosystem and the nature of the source of the oil-reservoir found under the surface of the water are the main aspects that are required to be monitored while underwater oil drilling is proposed to be carried out. 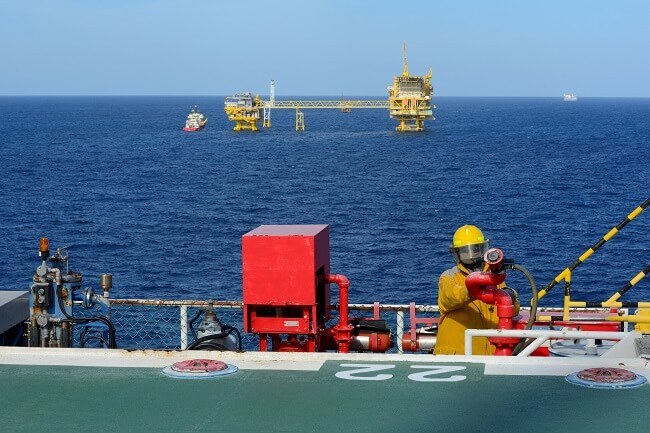 Oil drillers are the ones who make sure that all these aspects are taken care of perfectly so that no accidents take place. Right from the time the oil rig is established in the middle of the ocean and sea, it becomes the oil driller’s responsibility to oversee whether the rig is working properly and all the oil and gases are being pumped out through the pipes fitted efficiently.

In addition oil drillers are also supervisors to the people who actually work under their area of expertise. It also needs to be noted that in terms of offshore jobs, it is the oil drillers who are consulted first in case any emergency situation crops up in the functioning of an oil rig. It is in such situations that the reliability and efficiency of oil drillers is tested to the maximum. This is also precisely the reason why in extreme situations like collapse of an oil rig, the oil drillers are blamed primarily rather than the other workers.

Since the job of oil drillers is very risky in terms of the area and location concerned, the pay is also high. There are actually levels or hierarchies to which an oil driller can rise on the basis of his experience and on the basis of these levels, his pay is adjusted. The four levels can be elaborated as follows:

An oil driller’s profession is all about detailing when it comes to drilling jobs like offshore drilling. From minor to major every detail has to be checked and re-checked. This is what makes offshore drilling, as a part of offshore jobs, a very unique and alluring one. It is also that factor that makes people take up the profession very successfully across the world.

How to Become a Marine Biologist: Requirements and Necessities

A Career in Underwater Exploration : Is it for You?