Wirana, upon delivery of the vessel in the Indian Subcontinent, accepts letters of credit (LC) as payment from their end ship recyclers and it is estimated at least 98% of vessels for recycling are sold via cash buyers. Therefore at all times the owners remain completely secure as their final payment for the vessel is NOT contingent upon receiving funds from the end ship recyclers.

India has seen its fair share of litigations involving the ship recycling markets. In India the arrival of the MV Blue Lady in 2007 caused a huge uproar due to the alleged quantities of asbestos and other hazardous materials on her. The Supreme Court handled the matter and then laid down stringent regulations for the governance of the ship recycling industry and the salient features of the order were:

In India the ship recycling activities are carried out at Alang West Coast (Gujarat). Alang has 175 active and licensed and functional yards which are leased by the government of Gujarat for 10 years. To complement those yards, some yards exist at Jamnagar (Gujarat). The strength of Alang is that they rely upon the beaching tides to push the vessel onto the beach. Both Alang and Jamnagar are under the aegis of the Gujarat Maritime Board. 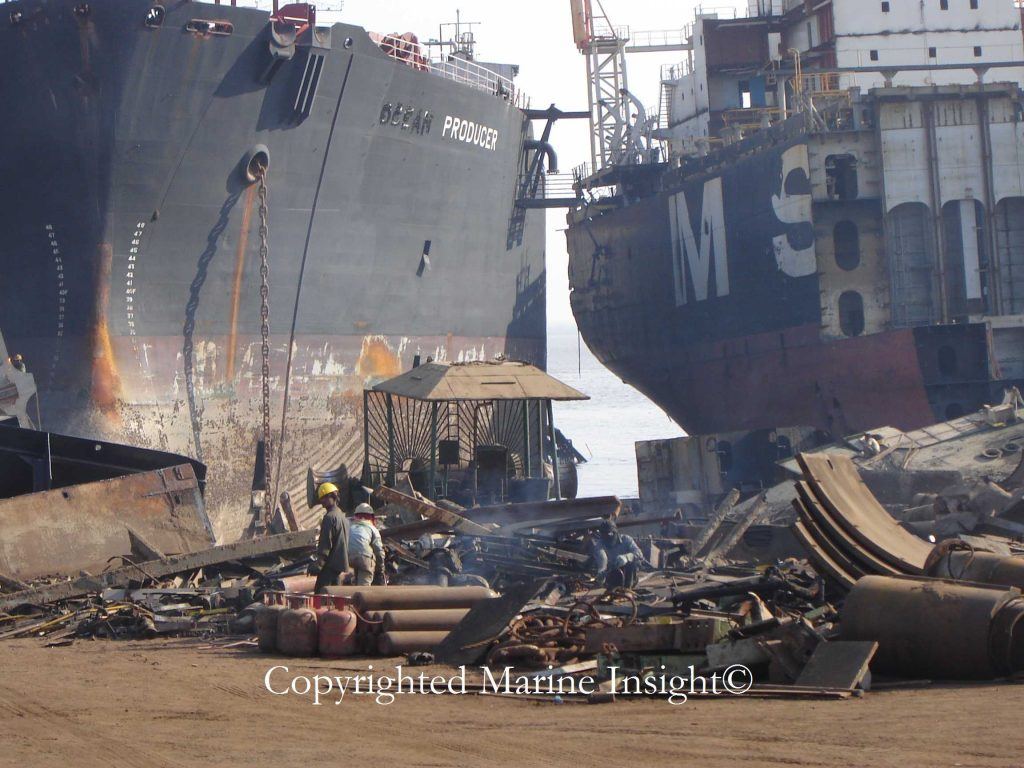 A few vessels are also beached at Mumbai which functions under the government of Maharashtra. However this port has its size restrictions and not all sizes of vessels can be recycled here.

A comparative life cycle assessment has been initiated of beachings compared to dry-docking in India, estimating the environmental footprint of each for both facilities construction and subsequent operation. In the preliminary analysis it could be clearly seen the beaching method practiced at Alang is far superior to the dry dock method.

The International Convention for the Safe and Environmentally Sound Recycling of Vessels (HK Convention 2009) is a welcome step since it has provided a convention that covers all operations so the health and safety of workers and prevention of pollution of the environment can be verified.

The perception that the Alang beaches are “killing fields” are grossly untrue. This allegation is without merit. Alang has an enviable safety record amongst most major industries in India. Sadly accidents do happen and while even one death is one too many hundreds of vessels are scrapped at Alang safely.

On the shores of Alang lies the RL Kalthia Ship Breaking Pvt Ltd which is Plot No 19. This is by far one of the finest green recycling plots at Alang, owned by Chintan Kalthia. The beauty of Plot No 19 lies in the fact that, despite recycling so many vessels, the accident rate at the yard has remained zero.

In the last year Plot No 19 has recycled six vessels totaling 67720 mT with zero accidents. Plot No 19 has recently updated its ISO certifications and it is now ISO 9001:2008, DIN EN ISO 14001:2009 and BS OHSAS 18001:2007. All the workers are full trained and certified by Gujarat Maritime Board (GMB). In addition workers are fully clothed and provided with adequate personal protection gear, including hard hats and boots.

Plot No 19 remains as one of the few green recycling units at Alang fully certified and capable of recycling large size vessels. The yard disposes wastes with the government-appointed GEPIL which is the certified nodal agency to collect the wastes from the recycling yard.

As already mentioned, the HK Convention 2009 is a most welcome step since it has provided, for the first time, an international convention that addresses and systematizes all operations so the health and safety of workers and prevention of pollution of the environment, both at sea and ashore, can be ensured and verified.

The underlying part of this important Convention is that the HK Convention accepts beaching as the norm for recycling of ships and it does not prevent the selling of ships to the Indian subcontinent. Looking at the EU Ship Recycling Regulation (SRR), it will not be able to provide for ships flying the flag of the third country while going for recycling and therefore the answers lie within the HK Convention. Even Turkey, which is in the OECD, practices beaching for the recycling of its ships and does not employ the dry docking method. Clearly if the OECD country is able to successfully recycle ships so can the mirror image be drawn in the Indian subcontinent.

It must be noted that agencies such as ICS and others accept and encourage the process of beaching for the recycling of ships. This is indeed an encouraging sign for the times to come and reinforces the position of safe and sound beaching by yards in the Indian subcontinent.

Rakesh Khetan (Billu), CEO of Wirana, is a strong proponent of the HK Convention and of the rules and regulations for green recycling and safe and sound recycling of vessels. He works closely with the EU and other agencies for the development of recycling in the Indian subcontinent.

His emphasis has been to promote safe and sound recycling of ships across the spectrum and the team is strongly encouraged to guide shipowners on the best disposal methods available for their tonnage.

By trading for approximately 25 or more years, owners tend to accumulate legal issues and outstanding claims and liens. The outer anchorage at the delivery port turns into the battleground for many owners and their creditors. Unfortunately the innocent cash buyer started getting involved in these battles for no contractual liability of theirs. On delivery, the vessels would be arrested sometimes just short of beaching and sometimes even on the beach. This causes serious hardships to the cash buyers who are in any event paying top dollar for each and every vessel, working on extremely low and limited margins, underwriting market conditions and now being forced to even underwrite such claims to which they had little or no connection.

We have seen recent cases wherein shipowners despite having clear and confirmed recaps of the fixtures with cash buyers tend to dishonour the confirmed recaps and resell the vessel to other cash buyers for higher prices. Often this leads to serious disputes and most likely force parties to approach the appropriate courts seeking reliefs including but not limited to seeking arrest of the vessel in question.

Often we see publications switching between the words “shiprecycling” and “shipbreaking” and perhaps the confusion stems from the “lack of knowledge” in the eventual end use of the vessel by the yards. During the process of ship recycling the following items are recovered for re-use:

In short, the recycling markets have developed a “reuse” market for every nut, bolt and the kitchen sink found on board the vessel. More than 8000 vessels have been scrapped at Alang since 1983, generating steel output in excess of 100m tons. In an average year Alang recycles about 350-400 vessels with annual sales turnover from this activity of about of about $1.8bn. Certainly “breaking” would not generate this revenue income. 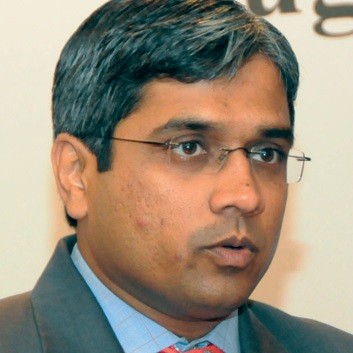