Symphony of The Seas made big headlines around the world during its inauguration, as it should have been. There is much fanfare surrounding the ship, which is quite natural.

Owned and operated by cruise industry leader Royal Caribbean International, the ship cost the company a whopping $1.35 billion, making it one of the costliest cruise ships ever built.

A part of this enormous amount was spent by Royal Caribbean in integrating some of the best waste management systems on the planet. 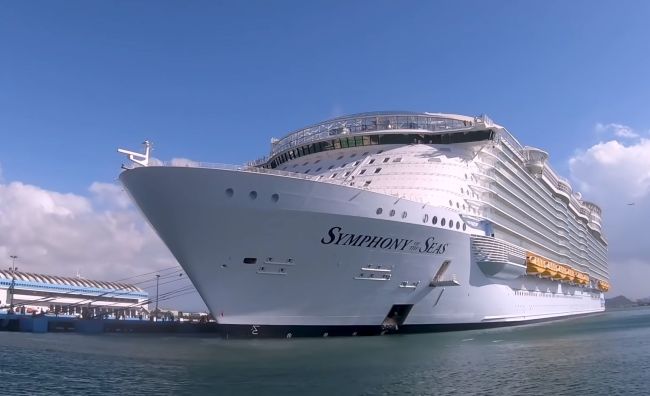 Royal Caribbean truly meant the ship to be one of the greatest ever, not just from the end of its gross tonnage, but also in its state of the art technology onboard.

The cruise industry has long been labelled to have some of the worst waste management practices. The industry has been grappling with this factor for quite a time now. In 2019, Royal Caribbean was slapped with a hefty $20 million fine for illegal disposition of plastic waste.

Since then, Royal Caribbean has set out to make an exception of this, with all it’s Oasis-class ships integrating the same technology onboard.

Royal Caribbean has said that the humongous structure is a zero-landfill ship, meaning they deal with their own waste, ranging all the way from recycling to water filtration.

Onboard, the ship has a designated waste and recycling centre. The designated crew regularly check all of the ship’s trash cans, bringing them to the centre for further recycling. 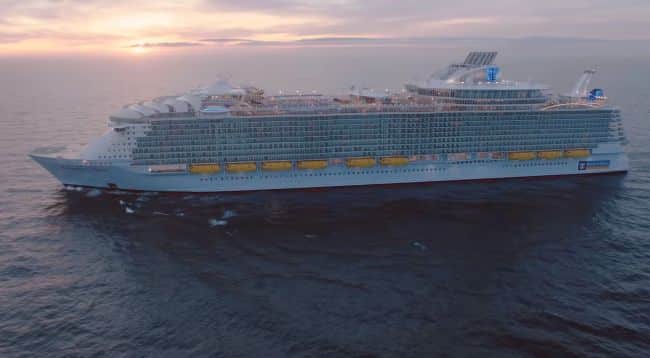 Teams are designated for the purpose of segregation and dealing with incoming waste materials that can be recycled- ranging from glasses to metal pieces.

For waste incineration, the ship has a separate room, which is looked after 24×7 by 10 designated crewmembers.

They differentiate glass based on its colour- green, brown and white. It is then sent for being crushed.

The incinerator is a mega factory in itself, but despite all the activities, the place is unusually quiet.

There’s a compactor onboard for processing plastic waste. This compactor crushes approximately 528 gallons of water bottles.

Fast-forwarding to the garbage area. Company officials store the waste for some 7 days- which is the usual time for a one way trip of the cruise, before docking in Miami. Once in Miami, plastic, aluminum, paper, and glass are sent for being recycled to the designated partners.

During the 2018 period of sailing, some 43.7 million pounds of waste had been recycled by Royal Caribbean, as per company officials.

This is for solid waste alone. Now you might ask, ‘What about the wasted food?’ Royal Caribbean officials figured out a way for this too.

The ship has a total of 36 kitchens-combining all of the ship’s restaurants as well as its galley. The chefs segregate food scraps into different buckets, which is then put into a big pipe. This pipe leads to the ship’s hydro-processor.

Here, the food waste is incinerated, reducing the overall volume of the waste onboard. Reducing waste is an economic method employed by the company as large wastes being carried around means more will be unnecessary fuel usage.