According to residents in the neighborhood, the captain of the ship dropped the anchor to slow down the vessel, as it came to a halt just a few feet away from the promenade, which is popular with joggers.

The ship was on its way to Shenzhen when it is believed to have been blown off course by monsoon winds after engine failure. 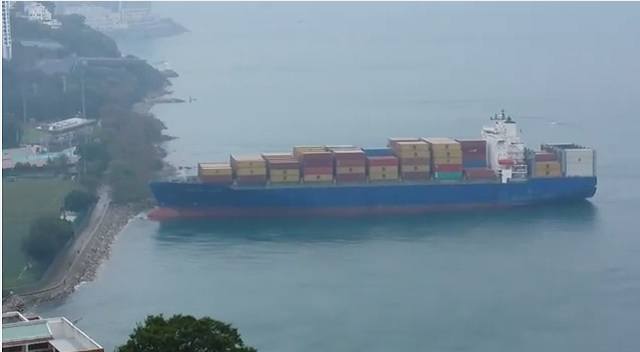 Two diving support vessels as well as two fireboats were deployed for the rescue. The ship was eventually towed away from the shore. 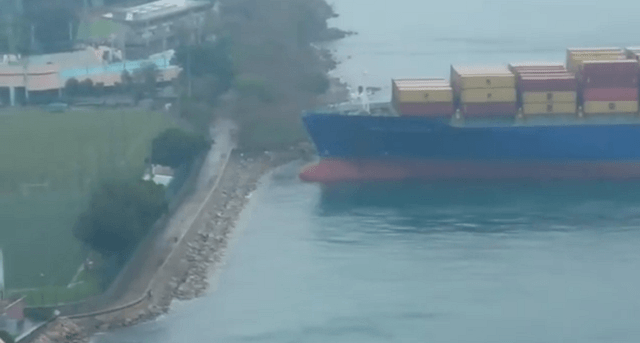 There were no reports of hull breach, injuries, or causalities aboard the ship.