Accommodation at the sea for crews working in the high seas’ drilling industry is provided by way of flotels, an amalgamation of the term ‘floating hotel.’ Flotels have been used in the oil rigs in the high seas’ sector right from the late 1970s and over the years, their requirement and relevance has increased by considerable leaps and bounds.

When the idea of flotel was first proposed, it was devised as a semi-submersible platform positioned near the offshore rig so that the crew could carry out the drilling operations uninterrupted.

But later on, several problems emerged that led to these semi-submersible platforms being discarded for customised flotel vessels.

A Comparison between Flotel Platform and Flotel Vessels

Talking about practical examples, a very valid example of utilization of this kind of accommodation at the sea would be that of the flotels’ deployment during the cleaning operations of the oil spill in the Gulf of Mexico in 2005. 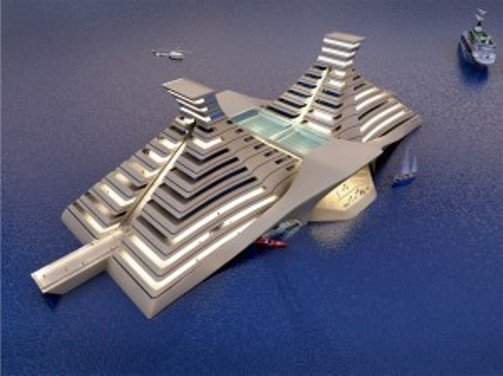 Offshore rig forms a very vital component of present-day maritime operations. As such it becomes necessary to ensure safe and secure housing facilities for the crew engaged maritime drilling operations. As a means of boosting the invention of the floating hotels, further developments are being made to improve these floating accommodations.

One such development is that of flotel barges. These barges act as floating hotels and, unlike their predecessors, are equipped with various technological gadgetry helping the crew aboard them to sustain their oceanic positions and maintain a constant connectivity with the operating oil rigs.