Having three hulls instead of the conventional two, the Benchijigua Express is a ferrying vessel that operates between Los Cristianos in Tenerife and La Palma and La Gomera in the Spanish Canary Islands. 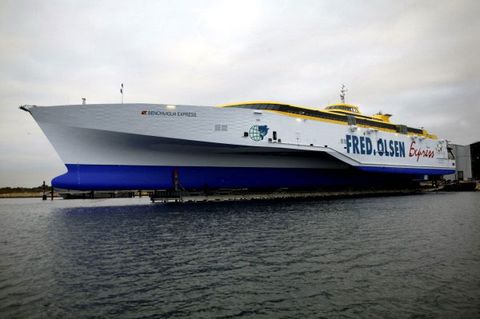 The vessel specifications can be detailed as follows:

Built of aluminium with a finishing of a particular vinyl, the Benchijigua was commissioned specifically to provide speed along with comfortability. The ferry is graded by the certifying authority Germanischer Lloyd as being a speedy cruise ferry with a Ro-Ro capacitance. 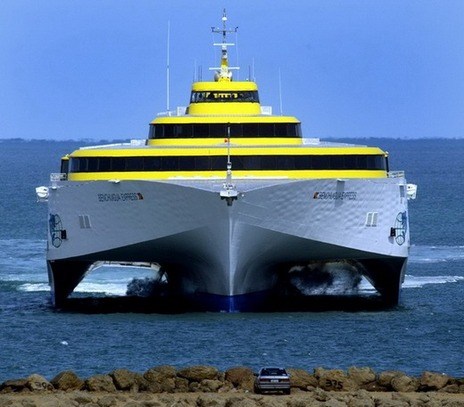 In order to adjust the balance of the vessel’s hull on account of the huge weight intake, the vessel’s ballast tankers have been designed to ensure absolute steadiness while the vessel has been loaded fully.

The equipments fitted in the vessel include state-of-the-art radar systems, a DGPS receiver set, alarm and monitoring systems, recording systems for the navigations undertaken and systems to ensure effective night-sight.

The Benchijigua Express forms an important part in the six-vessel fleet of the Fred Olsen cruise company which furthers the name and the reputation of the cruise company.