Production of the UK Royal Navy’s new Offshore Patrol Vessels (OPVs) has started on 10th October, with the first steel cut at BAE Systems in Glasgow.

Bernard Gray, the Ministry of Defence’s (MoD) Chief of Defence Material, formally started construction by operating the plasma steel cutting machine that began shaping the steel for the first of three new ships to be built at the company’s facility in Govan.

The 90 metre OPV is based on a proven BAE Systems design which is already in service with the Brazilian Navy and Royal Thai Navy. Engineers at BAE Systems have modified the design, ensuring it meets the requirements of the Royal Navy in support of UK interests both at home and abroad. 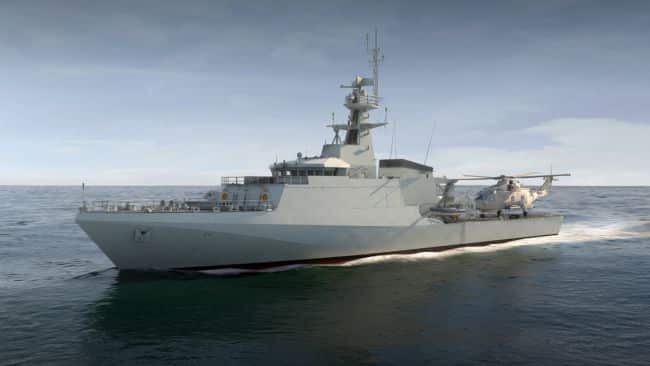 The vessels will include a modified flight deck capable of operating the latest Merlin helicopters, larger stores and more accommodation for embarked troops. They will also be the first ships to be built with a BAE Systems designed, new state-of-the-art operating system called Shared Infrastructure, which will be rolled out across the Royal Navy’s surface fleet over the next ten years. Shared Infrastructure revolutionises the way ships operate by using virtual technologies to host and integrate the sensors, weapons and management systems that complex warships require. By replacing multiple large consoles dedicated to specific tasks with a single hardware solution, the amount of spares which are required to be carried onboard is reduced, significantly decreasing through-life costs.

The manufacturing contract for the three ships was announced in August. The OPVs will be globally deployable and capable of ocean patrol with a range of 5,000 nautical miles and a maximum speed of 24 knots. The first of class is expected to be delivered to the Royal Navy in 2017.

Bernard Gray, the Ministry of Defence’s (MoD) Chief of Defence Material, said: “I am proud to be able to start production work on this new class of ships, which will maintain the vital UK expertise needed to build the warships of the future. This contract, which will benefit the local economy in Glasgow, continues a 200 year tradition of building the nation’s leading ships on the Clyde and will sustain hundreds of jobs across the region.” 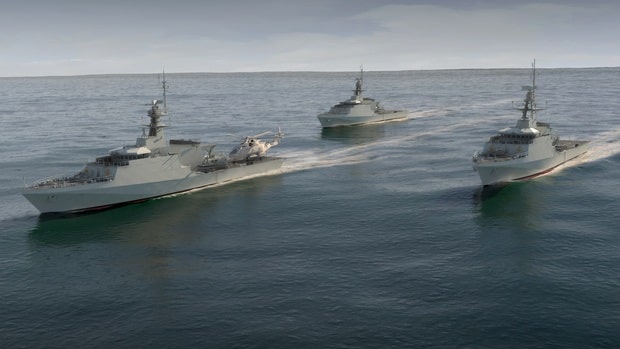 The Secretary of State for Scotland Alistair Carmichael paid tribute to the workforce and said: “Today marks another major chapter in the long history of building warships on the Clyde. Scotland is leading the way in building the UK’s warships and this underlines the UK Government’s commitment to the shipbuilding industry on the Clyde.

“I am sure the OPV’s will be yet another fine example of the expert craftsmanship of our skilled shipbuilders. Over the coming years we will see the familiar sight of ships coming off the yard and travelling down the Clyde to serve the Royal Navy’s activities across the globe.” 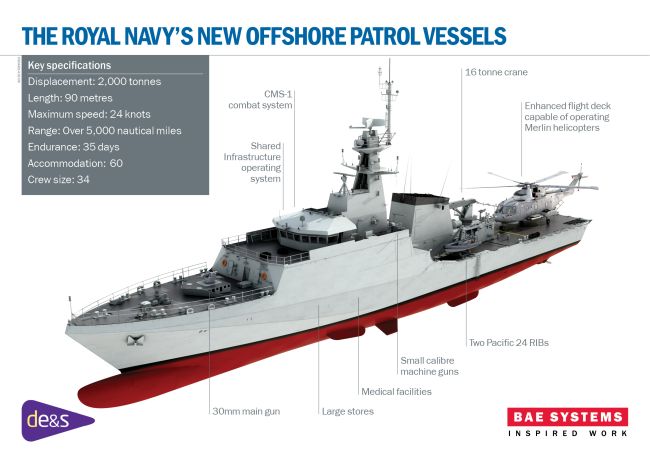 BAE Systems completed the delivery of three OPVs to the Brazilian Navy in 2013 based on a similar design to those now under construction for the Royal Navy. The three vessels are ideal for performing maritime security in Brazil’s territorial waters, including the protection of the country’s oil and gas reserves. They have already performed key roles in high profile national occasions, including security at the 2014 World Cup. 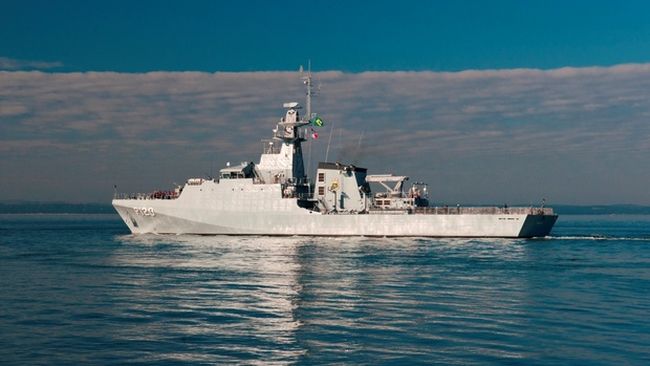 HTMS KRABI, in service with the Royal Thai Navy, is based on the same OPV design and was constructed under license in Thailand by Bangkok Dock. 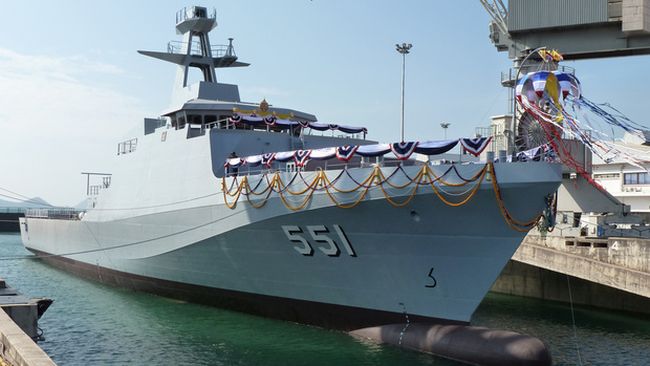 HTMS KRABI was modified to meet the requirements of the Royal Thai Navy to include a 76mm gun, locally sourced air-conditioning and electrical systems as well as fixtures and fittings that reflect Thailand’s cultural style.

The ship’s flexible design has enabled the installation of combat systems within HTMS KRABI that are compatible with the wider fleet. The use of locally sourced materials and equipment will also reduce in-service support costs during the more than 30 year life of the ship, in addition to benefiting Thailand’s economy.