You are here: Home › Marine Technology › Nuclear Ship Propulsion: Is it the Future of the Shipping Industry?
TwitterFacebookLinkedInPinterestBuffer

Marine industry, like other fuel dependent enterprises, faces a danger of fuel shortage. At present fossil fuels feature at top on list of fuels used in this industry. Of these, diesel is the one used most frequently under various names such as gas oil, marine gas oil (DMX, DMB), intermediate fuel oil (IFO), residual fuel oil (RMA, RML) etc.

But they are under immediate danger of exhaustion. In this scenario, marine nuclear propulsion steps in as the savior. However, how much can the shipping industry rely on this new technology?

What is nuclear marine propulsion?

For those who don’t know much about it, nuclear marine propulsion refers to use of nuclear energy for purpose of propulsion of ships. It makes use of a nuclear reactor where a nuclear reaction can be carried out under controlled conditions. Such reaction produces immense energy which can be tapped and used to power anything from small vessels to a cruise ship. 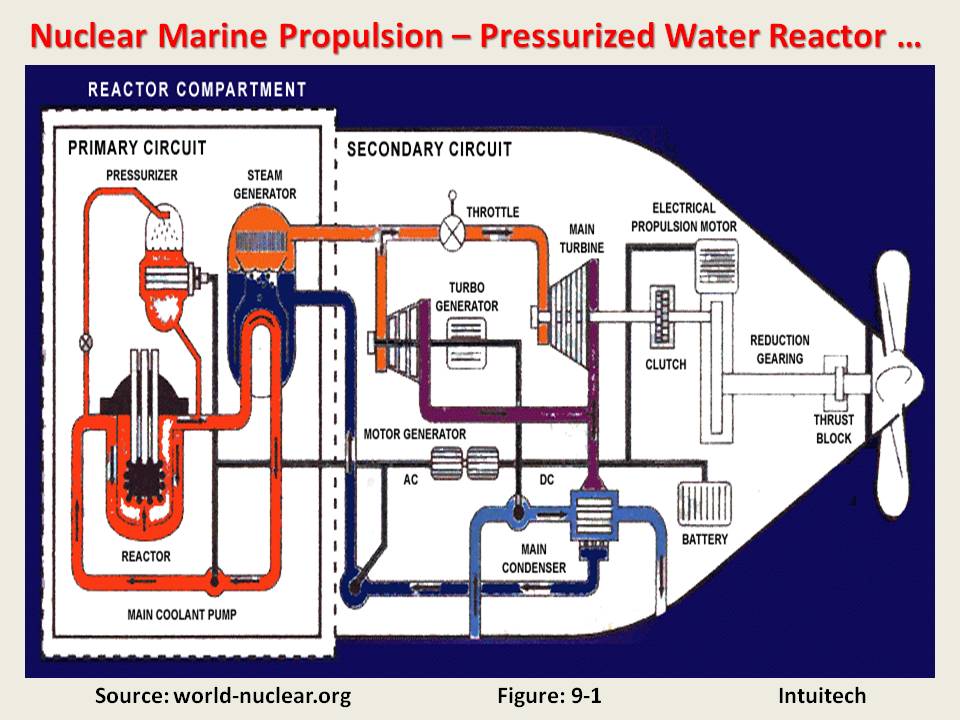 The nuclear reaction carried out is a fission reaction wherein a heavier molecule splits into smaller ones producing energy along with the products. This energy produced is mainly used to heat water that can be further used to produce steam for the purpose of nuclear ship propulsion.

Use of nuclear ships is increasing gradually though this idea has been present for long. Nuclear reactions have been used to produce energy for other commercial purposes mainly electricity production for some time now. But idea of marine propulsion using this energy was proposed somewhere in 1940s when the first design for a nuclear marine propulsion engine was made. Since then, nuclear ships have become designed and used. Right now, the marine propulsion dependent on nuclear energy is found mainly in armed forces and navy but soon commercial and domestic nuclear ships will also become just as common.

Mostly merchant cargo ships like American NS Savannah (1962-1972) and German NA Otto Hahn (1968- 1972) or nuclear powered ice breakers have been in use for brief periods. At present, only few ships based on nuclear marine propulsion are in use on experimental basis.

Why is nuclear marine propulsion a good idea?

Amongst all the speculations and standing doubts about use of marine propulsion system based on nuclear energy, there are some key factors that make this a good idea, whatever way you look at it.

Why can’t we trust this technology much right now?

The picture of a nuclear energy powered propulsion ship seems very rosy. However, there is a downside with this whole scenario. Some of the points not so good with this technology are: