On 2nd January 2020, at around 2300hrs UTC, Trailer Suction Hopper Dredger was attacked by a group of pirates. Reporting indicates that the Oil Dredger AMBIKA has been attacked when operating 3nm from the mouths of the RAMOS river and 9nm east of the Forcados terminal.

It is understood that a firefight occurred between the embarked security personnel on the AMBIKA and the pirates. After a heavy exchange of fire, the pirates were able to board the vessel and abducted 3 crew members (2 Russians and 1 Indian) leaving behind 5 crew members.

It was reported that 4 military armed personnel have been killed during the attack with two injured. 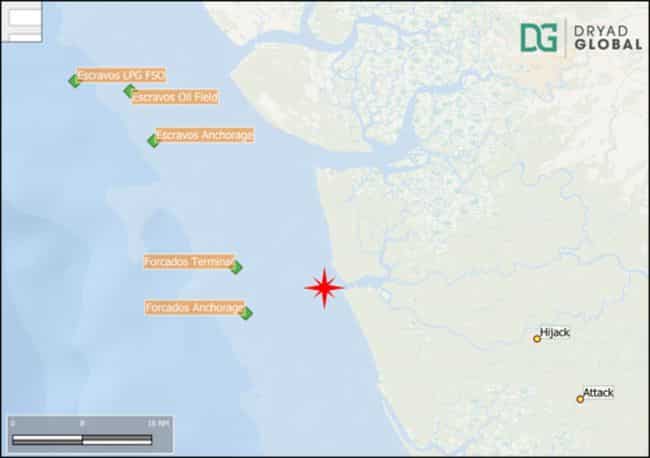 This is the first offshore incident within this location since November 2018 when a vessel (also with embarked security personnel) was fired upon. Incidents within this general area occur with relative regularity however are commonly found within the creeks and rivers.

As such, the majority of legacy incidents in this area have focused upon the opportune kidnap of locals and personnel involved in the protection and manning of oil and gas infrastructure.

In addition to this, the hijacking and theft of passenger vessels within the creek areas is a common occurrence. These targets present a low-risk option for pirates and are a valuable source of income and resources for these groupings.

Offshore incidents remain uncommon and comparatively, with the wider Delta area, the areas around the Forcados Terminal have been a lower risk for offshore operations.

This latest incident indicates that PAG’s within this area have a preference for opportune targets and the prevalence of these within close proximity to shore and within the creeks and rivers is what could be said to have led to a low number of deep offshore incidents in this location.