Recycling is the need of the hour. Recycled papers, recycled carry bags; name anything – it’s out there recycled. But amidst these mundane recycled objects, there exists a novel concept of recycled ship houses. In simple terms, these are ships/boats which are recycled into houses for the purpose of being residentially exclusive.

1. Benson Ford Vessel: Located in Ohio, the Benson Ford vessel was built as a personal cruise vessel by the legendary Henry Ford. 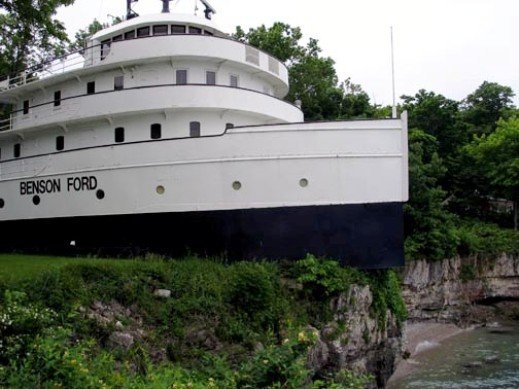 The vessel plied in the waters of the Great Lakes in the US before it was transformed into a boat house in the year 1986. At present, the ship house is owned by Bryan Kasper.

2. Dixie Adventure Vessel:  Located in the city of Dixie in the South-eastern state of Florida, the adventure vessel was transformed into a ship house when a friendly opinion was raised about its potential conversion. 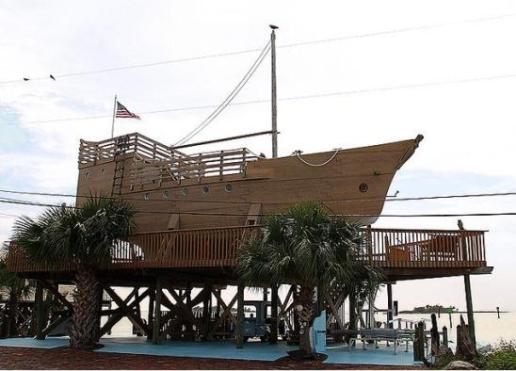 From the time it was originally converted, the ownership has been passed around to many people. Yet according to passersby and the present owners themselves, ship house’s allure has not even slightly diminished.

3. The Boat House:  Located in the famous Long Beach in Vancouver, Canada, the Boat House is the name of the recycled ship of one of the famous seafarer of the area – Mr. Rod Palm. 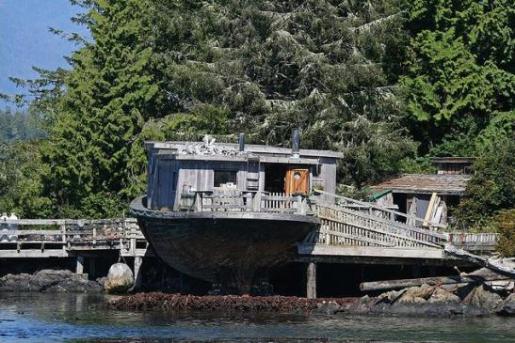 It’s quite a landmark in the area of Tofino where it is situated.

4. Captain’s Lodge: Named in Portuguese as Pousada do Capitao, this ship house is situated in the Brazilian city of Rio de Janeiro.

As its name suggests the Pousada functions as a hotel or a lodge and quite a popular one at that. 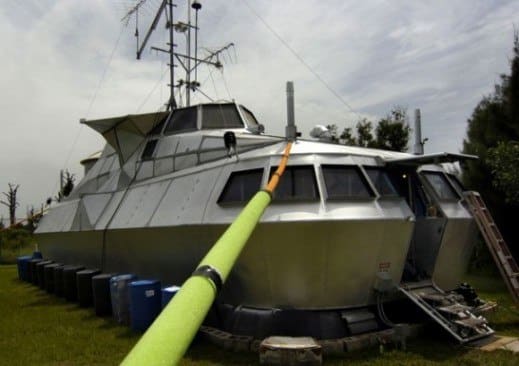 The project’s visualisation was such that it took Dennis Schaller, who is the owner-cum-engineer, two decades to finish his vision. The Home measures over 50-feet lengthwise and was started to be built in the year 1989. 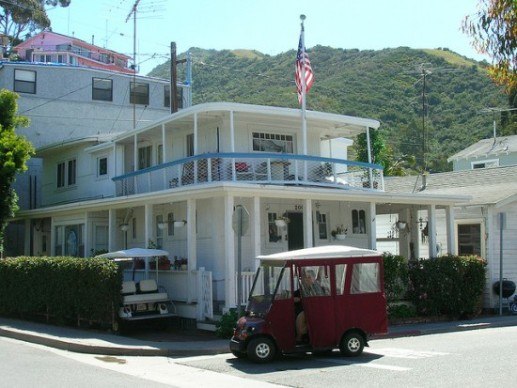 A stately white in colour, the Island home is quite splendid to look at. Because wood has been extensively used as a raw material to build the home, it adds to the quaintness of the residential property.

7. Lake Huron Ship House: With a name bearing reference to the topic at hand, the Ship House overlooks the Huron Lake in the state of Michigan. 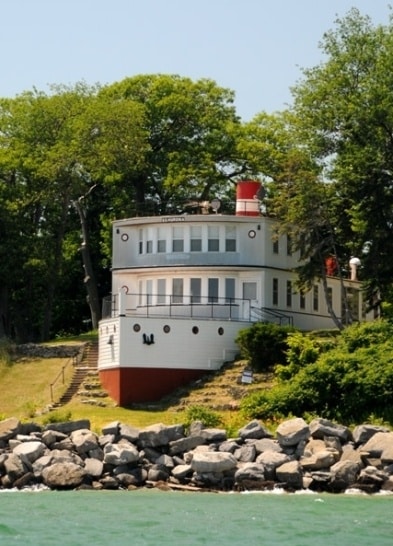 At the first glance, the boat house looks like the perfect welcome gateway at Point Lookout, where it is located. 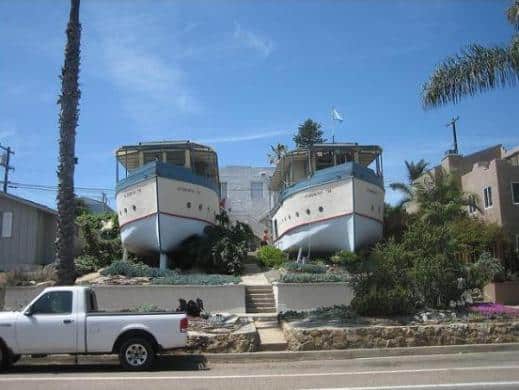 They are not conventionally recycled ship houses but their builder, because of an innate love for ships, drew inspiration from them and used real ships’ wood to construct these beauties, located in California. 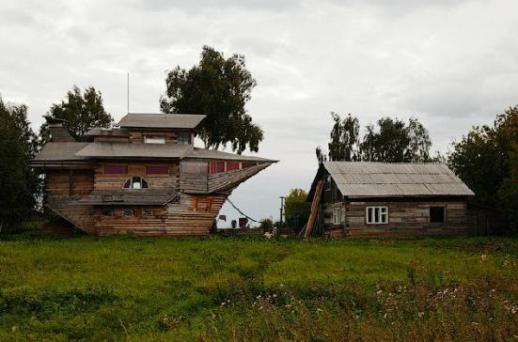 The builder has constructed this marvel without using a single designing framework. According to the builder, he had a dream about the construction of this Boat House and was accordingly able to bring it to reality.

10. Holy Island of Lindisfarne Boating Sheds: In the United Kingdom, seamen have conceived a unique place to store their boating supplies and gadgets. 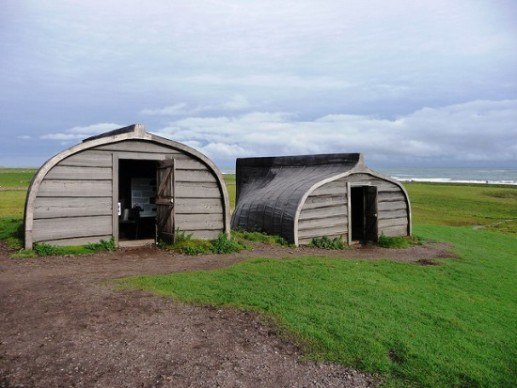 They recycle their inoperable boats into boating sheds after carrying out a few dismantling operations. This methodology is faster, easier and far more feasible than constructing a new boating shed altogether.

Through recycling the ecosystem is preserved. It is perhaps a cliché to talk repeatedly about the precariousness of the maritime environment. However looking at these novel constructions, it can be said that a recycled ship house is the best way to promote the importance of taking care of the marine environment, while trying to come up with distinguishing architectural concepts.