The London Gateway Port Terminal or the London Gateway is the latest shipping constructional addition outskirts the city of London, on the Thames River at its North in the South-east county of Essex. Presently being constructed, the envisioning for the deep sea container port started as early as 2007 with several reformative steps taken so as to bring it to viable fruition.

The Gateway is the brainchild of a Dubai-based shipping conglomerate DP World which has presence in several countries, even outside its native United Arab Emirates. Following the successful completion of the London Gateway and the resuming of container shipping operations, the port is expected to bridge the gap between container shipping demands and supply. 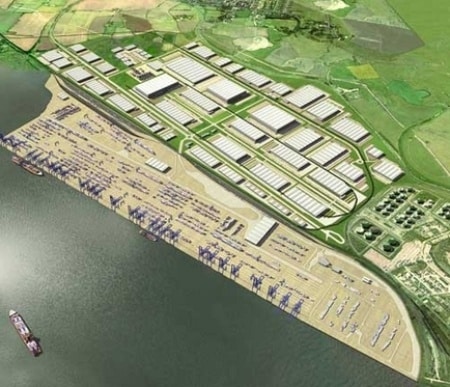 In parallel, it’s also expected to reduce the onus placed on other porting facilities while generating a more feasible shipping transportation route by lessening the burden on road-based shipping infrastructure operations. The latter aspect is seen as a key promissory facet in terms of reduction in the emission of noxious gases through the usage of road-based transportation systems to ensure continuity in container shipping operations. 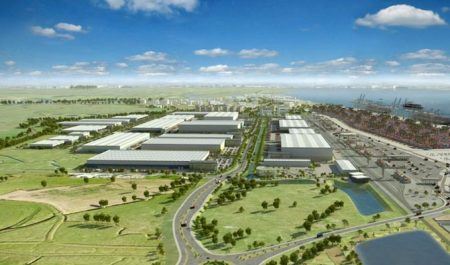 Spanning an area of about 175 hectares, the London Gateway Port Terminal promises to provide employment opportunities to over 30,000 people whilst offering never-seen-before container shipping feasibilities. With a total wharf length of 2.7 kilometres with six container berthing facilities, the London Gateway will have an annual container handling turnover of over three-point-five million TEUs.

Though the deep sea container port is seen as a revolutionary shipping facility, there have been several criticisms surrounding the port’s construction. The currently plaguing downward economic trends have allowed detractors to be highly critical of the port’s viability and the cost factor incurred in the Gateway’s overall development. 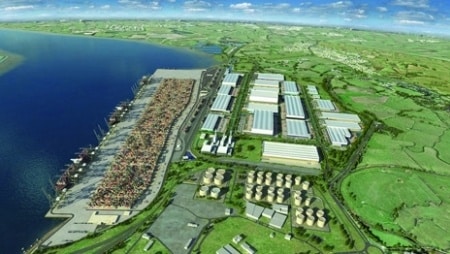 However in spite of the duality of the criticisms and the accolades surrounding the port’s construction, considering that the container shipping operations haven’t yet commenced in the Gateway, its actual workability and viability continues to remain shrouded in expectation and anticipation.

What Are Different Types of Ports For Ships?
What is A Port Agency?

What Are Telescopic Cranes?
7 Ancient Sea Ports of India
Want to share your tips and advice? Got questions? Visit the community forum to ask questions, get answers, meet people, and share your tips!