The history of India’s maritime trade goes back to centuries ago. India has been one of the most important points of sea trade in the entire South Asian region since the beginning of maritime trade. The maritime tradition of ancient India begins with the Indus Valley civilization which saw long-distance maritime voyages by 2900 BCE. Long before the development of the Silk Road, the ships belonged to Indian traders travelled thousands of miles crossing the Indian Ocean and the Arabian Sea to find their markets in the West Asia, East Asia, South East Asia and East Africa. Similarly, merchants from these regions, especially Arabians and Chinese frequently visited the Indian Subcontinent, trading silk, spices, porcelain, ivory and even slaves.

As the ocean trade flourished in the region, more maritime trade links were built connecting the sub-continent with the Roman Empire in the earlier times and other regions of Europe in the following period, long before the Colonial period. As its peninsular location made it apt for trade though marine routes, it also led to the establishment of a number of ports across the region during very early times. With having a coastline covering thousands of kilometres, the continent, which is one of the biggest peninsulas in the world, featured busiest ports of that time. Here is a list of some of the oldest ports in India that helped it to earn a respectable position in the global maritime industry even before the colonial rule.

The oldest port in India, Lothal was an important port city of Indus valley civilization and was located in today’s Bhal region of Gujarat. Existed about 4500 years ago, the remains of the port city of Lothal were discovered in 1954 and were excavated by the Archaeological Survey of India (ASI) from 13 February 1955 to 19 May 1960. The excavations led to the discovery of a mound, a township, a marketplace as well as the dock, cementing the existence of the port in Lothal.

According to Archaeologists, Lothal’s was an earliest known dock in the world and it linked the city to an old trade route that passed through Sabarmati river connecting Harappan cities and the peninsula of Saurashtra. It is believed to have been an important port that mostly saw the export of jewellery, textiles and mineral ores. Historical documents suggest the journey of valuable ornaments from Lothal all the way to countries in West Asia and Africa.

It is said that the ancient engineers who built the port thoroughly studied the location and the tidal movements before constructing the port’s brick-built structures. The selection of an apt location allowed the vessels to use the highest tidal amplitude of the Gulf of Khambhat to rinse freely through flow tides in the river estuary. The dock also featured a lock-gate system, brick-paved passages and ramps leading to the dock in order to carry out loading easily.

Muziris, the ancient port city located in today’s Indian state of Kerala, was one of the most important trading ports in the world almost 2,000 years ago. Existed in the first century BC, the Muziris port had played a significant role in connecting the region with the Persians, the Phoenicians, the Assyrians, the Greeks, the Egyptians and the Roman Empire. While spices, particularly black pepper, were the key item exported from the Muziris port, other commodities shipped include semi-precious stones, diamonds, ivory and pearls, among others. According to historians, the goods arrived at Muziris from over 30 countries were mostly textile, wine, wheat and gold coins etc.

However the exact location of the port remains unconfirmed, many historians and archaeologists believe the port and the adjacent city located around present-dayKodungallur, few miles away from the Cochin port in Kerala. Muziris remained as a legend for a long period of time until the Kerala Council for Historical Research started a series of excavations in 2006, leading to the discovery of evidence that confirmed the history of Muziris port. It also believed that the golden period of the port and city came to an abrupt end in 1341 after a tsunami wiped off this central point of the well-known spice route.

Poompuhar, also known as Puhar, is believed to be the Port town of Chozha Empire. Located in the current Nagapattinam district in Tamil Nadu, the ancient ports city, also named as Kaveripoompattinam in historic documents, was reportedly situated in the mouth of the Kaveri River.

Details about the port city have been found in several historic documents including Periplus of the Erythraean Sea. According to historians, the port witnessed the Indian merchants trading their commodities, mostly spices, with other Asian countries as well as Arabs. It is said that the goods arrived in the port included horses from Gulf countries and finished goods from neighbouring regions such as Sri Lanka and Indonesia.

Several of explorations have been carried out in Poompuhar and adjacent areas, starting from 1910, leading to the discovery of evidence including the remains of buildings and ring-wells. According to the archaeologists, the result of these excavations points the history of the ports to 3rd century BC. And, many believe that the port city was destructed after the storm and the following erosion occurred during 500 AD.

Arikamedu, located in today’s Puducherry, a union territory of India, is known as the port of Podouke in historical documents. With mentions in the Periplus Maris Erytheaae and Tamil poems of the Sangam period, Arikamedu is believed to be an active trading port of the region with the Roman Empire as early as second century BC. Many believe that Arikamedu was a Chola port dedicated to bead making and it was the only port city in the region to have ties with Romans. In addition, textiles, terracotta artefacts, plants, spices and jewellery were also shipped from the Indian port to Roman ports and other eastern destinations. Initially discovered in the 1930’s, the excavations in the port city were started in the 1940’s. The discovery of several antiquities of Roman origin helped archaeologists to draw the history of the ancient port Arikamedu. The latest excavation was carried out between 1989 and 1992.

Almost 2000 years ago, Bharuch was a prominent port in the Indian subcontinent region and also one of the most important cosmopolitan cities around the world then. Located in the region that comes under the current state of Gujarat and at the mouth of the river Narmada, Bharuch was also known as Bharukaccha and Barygaza to the merchants from around the world. Bharuch had established trade relations with Arabs, Greeks and Romans, Africans, Chinese and Egyptians. Historians suggest that the history of this port and shipbuilding centre goes back to the days of the Pharaohs. Bharuch was a terminus for a number of land-sea trade routes and goods were trans-shipped there to send abroad utilising the monsoon winds.

Along with Muziris, Calicut, also known as Kozhikode, was also one of the busiest ports and trading centres in the extreme southern region of the continent. Located on the coast of Arabian Sea, this west coast port was an important trading port especially for spices including pepper, cloves and cinnamon. The history of the port city goes back to AD 1100 and it began to grow as a notable trade centre under the Chera regime. While textiles and spices were the commodities travelled from Calicut, goods such as Chinese Ceramics and European pots came in return.

However, the port city became one of the most important seaports in India after the arrival of the Portuguese sailor Vasco Da Gama in the year 1498. The landing of the Portuguese sailor and his crew opened the routes for a never-ending relation between east and west. As years passed under the colonial rules, the importance of the Calicut port diminished. As the symbol of its prosperous past, the city still carries the remains of a sea bridge, storage yards and goods handling cranes.

Tuticorin or Thoothukudi port is one of the oldest seaports in India, with having been established as early as 6th century. Located at 550 km South West of today’s Chennai, Thoothukudi was ruled by several dynasties including the Pandyas and the Cholas in the past, often using it as their important seaport. The most important trade in this region included fishery and pearl. The earliest mention of the port has been made in Periplus of the Erythraean Sea.

Later, Tuticorin was established as one of the most important shipping ports under the rule of the Dutch and English. Under the western rule, the port was used for the export of palmyra fibres, senna leaves, salt, dry fish, etc. and the import of commodities such as cotton, pulses, grains and coal, among others. Currently was known as V.O.Chidambaranar Port, the Tuticorin port remains one of the 12 major ports in India. 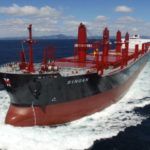