The Long Range Tracking and Identification (LRIT) is an international tracking and identification system incorporated by the IMO under its SOLAS convention to ensure a thorough tracking system for ships across the world.

It came into existence on the 19th May 2006 and was incorporated formally starting from January 2008. Based on these lines, those ships which were built on or following 31st December 2008 were required to have this system of vessel identification.

LRIT system forms a very important ambit in the SOLAS convention. LRIT was designed as per the recommendations of one of the Maritime Security Committee (MSC) resolutions. The ship tracking system has been specifically incorporated. This has been done so that the countries that fall under the purview of the SOLAS convention can share the necessary marine security information along with all other required information about the ships that sail through the countries’ coastal boundaries.

The vessel tracking system is a clear system that does not allow any confusion to creep in with respect to the existing UNCLOS. In a similar manner, the tracking of ships system does not interfere with the individual maritime operational laws of countries where it is applicable.

As per the LRIT requirements, the ships that come under its purview are: 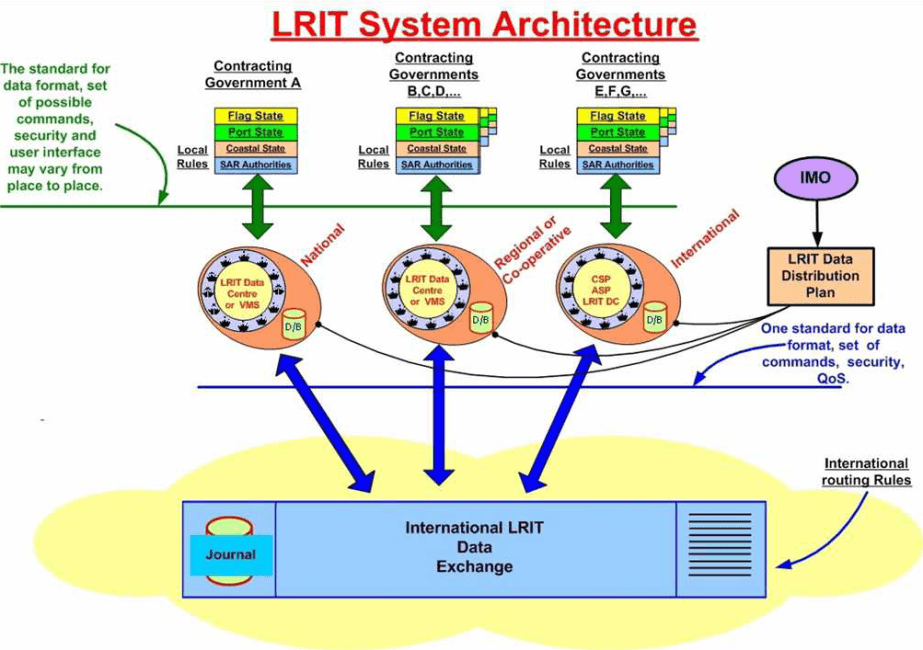 There are many countries which have incorporated the vessel tracking system as a part of their oceanic operation. Starting with the earliest, some of the countries can be listed down as follows:

The most important advantage of having this system is that the information required to be shared is restricted only to those parties which are required to have it. This reduces unnecessary problems and increases the transparency and viability of the system on the whole. The main requirements to the system’s application are the following:

In order to ensure whether the system is operating as it needs to be, there is auditing carried out at regular intervals by a co-ordinator for the system. This co-ordinator acts as the representative of all the countries under the SOLAS convention that have incorporated the Long Range Tracking and Identification system.

Technology has helped us to achieve a lot and with the help of the Long Range Tracking and Identification technology, all unwanted and problem-inducing factors of maritime operational lines can be successfully attended to.

You may also like to read-What is Electronic Chart Display and Information System (ECDIS)?

The Importance of Vessel Tracking System