You are here: Home › Marine Navigation › The Importance of Vessel Tracking System
TwitterFacebookLinkedInPinterestBuffer

These days one can effectively track and monitor everything that one wishes to. A vessel tracking system, as the name suggests is a collection of equipments which enable marine and naval vessels to track, identify and monitor a ship’s position, location and any other detail that might be important in maneuvering and stabilizing a ship’s route and course.

In today’s highly revolutionized world of marine travel, a vessel tracking system plays a very important role by bringing about long range connectivity not only between ships and coast guards of nations but also among ships as well.  Also, since the pioneering of the internet, many such vessel tracking systems have managed to incorporate internet connectivity as a part of their core objective thus providing a much better service. 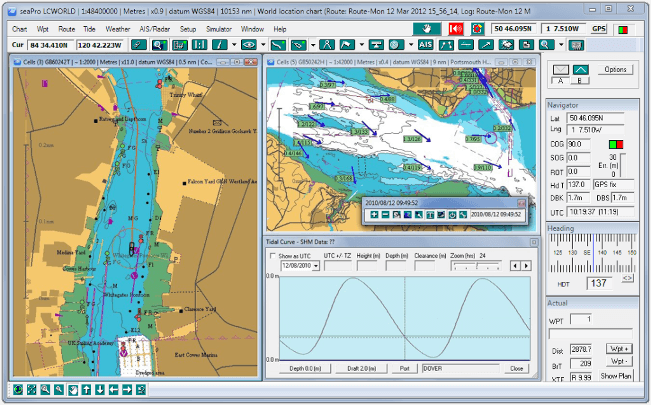 The GPS works on satellite transmission basis and is highly effective and authentic. The GPS as a vessel tracking system clearly pinpoints the position and the location of the vessel in the water which would come very much in handy if and when an inappropriate situation crops up. By using GPS, a vessel can clearly come to know about what routes to take, what courses to avoid and all other points that might be important and necessary for a ship in its navigation.

The AIS acts as a transmitting and receiving interference between ships and coast guards with the help of which not only location of a particular ship but also its position can be monitored. AIS is very helpful as it helps to prevent onboard collision, helps ships charter and alter their routes whenever and wherever necessary and in case of coast guards, helps them to find a ship that could be interfering or manipulating law.

There is also a vessel tracking system known as the Ship Loc which can be set up in vessels and which gives authentic readings pertaining to the location and position of a ship, the air pressure in the oceanic area its coursing through, the wave pressure and all other natural and man-made occurrences which are important for a ship’s navigation.

Currently, keeping research and progress in mind, efforts are being made on a regular basis and up gradations to various vessel tracking systems are coming up frequently proving the reliability and dependability value of such technological advancements in the field of marine travel, which was till now, unutilised to its fullest.

You may also like to read Automatic Identification System.