One very famous variant of tanker ships during the early days of shipping and at the time of world war were the T-2 tankers.

Constructed as per a vast scale commissioning order placed by the United States’ navy during the Second World War, these tanker ships were designed to be utilised as both oil carrying cargo vessels and, if necessary, as naval vessels too. Statistically quoting, it is said that almost 500 such T2 tanker vessels were built and operated in four different variegated classifications, each with a slight modulation as compared to its predecessor.

The idea generation to build cargo vessels like the T2 tankers was adopted from a couple of oil cargo vessels built for a shipping conglomerate in the late 1930s. Known as the Mobifuel and the Mobilube, these two vessels differed from their contemporaries in that, that they were constructed with a primary intent to offer enhanced transition speed. 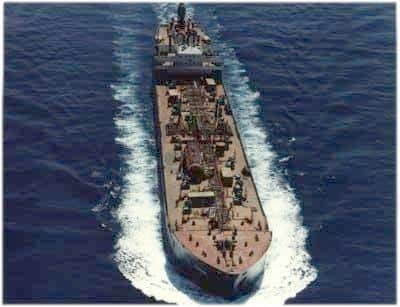 Accordingly, the first cadre of the T2 navy tanker ships were commissioned with strict guidelines and stipulations about their size and their gross tonnage. This aspect about size and gross tonnage though differed on each of the variation of the T2 tanker vessels.

T2 Categorisation: The first categorisation in the T2 class of vessels, the T2 tanker ships had a length of almost 153 metres and a width of almost 21 metres. With a gross tonnage of 9,900 tonnes and a DWT (dead weight tonnage) of almost 16,000 tonnes, the T2 ships could move at speeds of 16 knots.

T2-A Categorisation: The T2-A version of the tanker ships had a length of slightly over 160 metres with a gross tonnage of over 10,000 tonnes and a DWT of over 16,000 tonnes. These vessels offered higher speed as compared to the original T2 ship variants. A totality of five T2-A vessels were commissioned, by a shipping company – the Keystone Tankship Corporation, though the final ownership was taken by the US naval department.

T2- SE-A1: T2-A was followed by T2-SE-A1 vessels. While categorising under the broader terminology of T-2 tanker ships, it’s the T2-SE-A1 categorisation that was the most common variant, with over 480 vessels launched. Ships under this classification had a length of 159 metres with a beam of almost 21 metres while their gross tonnage and the DWT of the ships were over 10,000 and over 16,500 tonnes respectively. The T2-SE-A1 vessels were propelled through electric turbines and offered speeds of 15 knots with a nautical mile range of over 12,000.

These vessels have been known to have the fastest constructional and outfitting gestational period. Considering the highly volatile situation on account of the Japanese attack on the American base at Pearl Harbour, the naval authorities were keen to have as many vessels on the get-go as possible. The functional success of this T2 classification is testimony to their constructional speed and urgency.

The T2-SE-A2 and T2-SE-A3 were the latter occurring constructional marvels under the T2 cadre. Both these variants had similar structural dimensions, with an almost similar speed providing, though unlike the former, the latter T2 class vessels were constructed to cater only as oil carrying cargo ships.

The uniqueness of these tanker vessels however stems from the fact that they were highly economised with constructional costs lowered to then hitherto proportions. And while the reduced costs of construction were beneficial in one way, they caused many problems to the vessels’ operability. 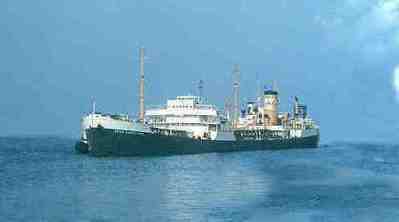 Irrespective of these negativities it cannot be argued that the T2 tanker ships have played a pivotal role in shaping the American marine history, both during and after the Second World War. Following the conclusion of the war, while many ships were re-fitted to be used as cargo vessels, several of them were kept as a part of the naval reserve fleet. This is perhaps the most noteworthy and mentionable facet of these vessels’ unique and singular existence.