Even in death there are many traditions and customs. In the ancient world, in some cultures like those of the Anglo-Saxons and the Vikings, the tradition of ship burial was carried out. Ship burial refers to usage of ships for burying the dead. Sometimes, in case smaller boats were used, even the boats used to be buried along with the dead.

The tradition of ship burial was a very important feature of the Vendel era. The Vendel era refers to that period in the Swedish history where migration was at its peak. The Vendel era, generally talks about the Germanic people – people who originated in the Northern Europe but could speak many dialects because of their migratory nature. In fact, the Anglo-Saxons, the Vikings and the other Scandinavians (except Finnish) are a part of the Germanic community. The time-period for the Vendel era is said to be around 550 to 993 AD. 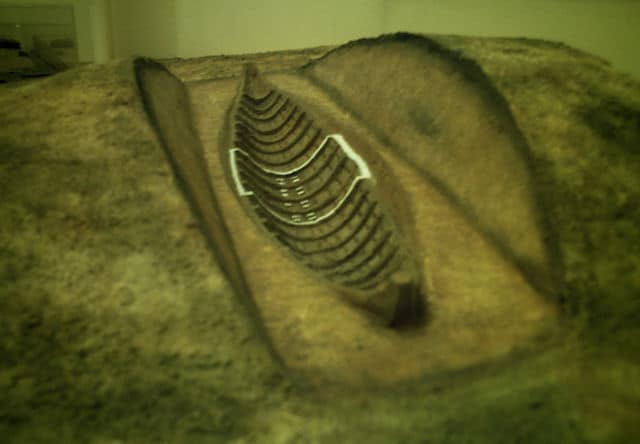 There are many legendary stories that surround ship burials. One such legend is about the Sutton Hoo, a ship burial site of the Anglo-Saxon era.

The Sutton Hoo Burial overlooks the River Deben in Suffolk, England. It was used as a ship burial site during the sixth-seventh century time period and was discovered in 1939 by an archaeologist known as Basil Brown. The relevance of this burial ground is not just on account of the custom of ship burial but also because of the archaeological findings that were found.

Around 263 findings were excavated in the Sutton Hoo ship burial. Since gold and other really valuable items like an iron helmet, a sword with a unique design, iron stand and a ceremonial sceptre (wand) shaped in the form a stag were found in the ship burial site, it was concluded by the excavating archaeologists that a very important warrior king was buried in the Sutton Hoo. The name of the king buried in the ground was finally narrowed down to be King Raedwald, who expired in the year 625 AD.

There are many intriguing things that have happened in the past. History is famous for bringing these interesting happenings to our knowledge. The Sutton Hoo event is one of the many such fascinating events. Because of its relevance in history and in archaeology, there can be no denying that the Sutton Hoo ship burial needs to be recognised as an important world heritage site, in the future.

The Real Story Behind The “Davy Jones’ Locker”

The History of Shipbuilding in India

7 Interesting Facts About The Scapa Flow
Want to share your tips and advice? Got questions? Visit the community forum to ask questions, get answers, meet people, and share your tips!