Valentine’s Day being a day for loved ones is a well known fact. But what is not widely known across masses is that even sailors celebrate St. Valentine’s birthday in their own unique way. In today’s times, given the development of communication technology it has become far simpler and easier to establish a contact with a loved one on the 14th February and even send them gifts.

However in the years past, there was no such means for sailors to send Valentine Day gift to their beloved ones. But the tradition of sailors’ Valentine made the day extra-special for not just the sailors but also their cherished ones.

According to popular-yet-relatively-unknown maritime history, sailors’ valentine is a very old tradition. What makes this tradition far more special is the amount of effort and love that sailors displayed before their loved ones in spite of not being close to them for months on end. 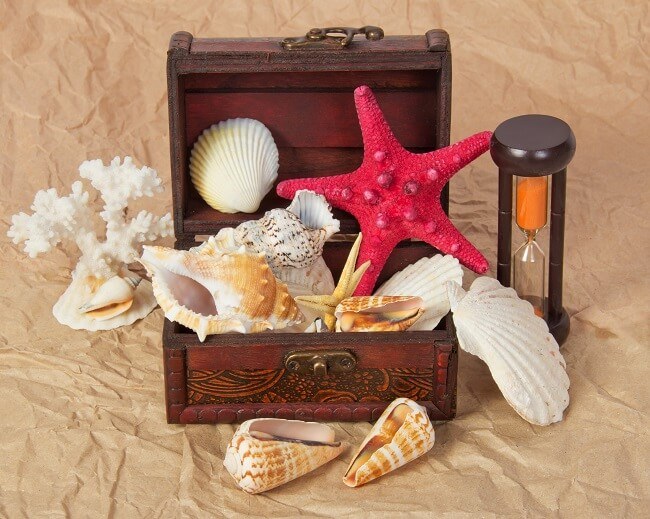 The tradition of Valentine Day sailor gifts began at the beginning of the late 19th century and continued for nearly the start of the 20th century. It is said that seamen used to bring glass-covered octangular boxes made of wood which had sea-shells glued inside in beautiful patterns. The boxes were glass-covered so that they would be preserved against the harsh weather conditions prevailing in the oceanic waters and the beauty of the shells’ designing would be intact for their loved ones to hold and admire.

Sailors’ Valentine history further details, that though this brain-wave of bringing pasted sea-shells protected by a glass panel was just a one-time idea devised by a few seamen, it was soon developed into a roaring business in the West Indian island of Barbados.

The concept for the business was pioneered by two brothers from Britain – George and B.H. Belgrave – who after realising the potential of the unique artistry came up with brilliant sea-shells’ designing of their own. Most of the Valentine day giftsold in its hey-day is now regarded to be as the Belgrave Brothers’ creations, sold to seamen desirous of wanting to buy the gift item. The shells utilised to make the gift were unique to the West Indian island, thus adding more allure and splendour to the gift.

Apart from shells, the gifts also contained personalised wordings from sailors expressing their love in the most poignant manner possible. And though the gifts never used to be given on the Valentine’s Day, the thoughts and the essence of the gift conveyed the intended meaning perfectly.

Of course today, the concept of the Valentine Day sailor gifts would be considered redundant. But on account of its vital presence in history, many artists have tried to re-create the magic of the sailors’ Valentine in their own way. Such re-creations though provide a much-needed physical insight to the age-old tradition, are still inadequate when it comes to authentic beauty of the vintage gifts. Lucky people can also get a chance to take a peek at the original Valentine day gift wherever and whenever it is exhibited. Such exhibitions are the only way for people to understand and imagine what these gifts meant as Valentine Day souvenirs to dear ones nearly three centuries ago.