You are here: Home › Maritime History › Keith Tantlinger- The Story of the Man Who Invented the Shipping Cargo Container
TwitterFacebookLinkedInPinterestBuffer

The world today marvels at the capaciousness and the practicality of the cargo storage containers. It is a well known fact that transportation of marine cargo through containers in the past had never been so easy, as it is in the present. And the credit of coming up with such a practical and workable container model unequivocally belongs to Keith Tantlinger.

The 92-yeard old who shaped the entire cargo shipping community by revolutionising cargo containers, passed away on the 27th August 2011. And while his death might not be significant to many, for the international shipping community in its entirety, Keith Tantlinger’s death has left a void that can never be fulfilled. 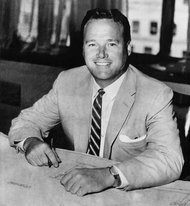 Born in 1919 in California, the inventor of cargo container was professionally qualified as a mechanical engineer from the University of California and, in addition to the designing of the highly structured shipping containers, held patented rights to over 70 instrumentations in the field of transportation.

The start of Keith Tantlinger’s road to fame started in the 1950s when the shipping industry in the United States, following the culmination of the Second World War, required serious transformations.

After observing the problems that the cargo shipping industry faced on account of limited storage and mobility, Mr. Malcolm Mclean, the owner of a shipping company named Pan-Atlantic, proposed an idea to Mr. Tantlinger in the year 1955. The idea was to create such a method of container holding for marine cargo that would enhance the capacitance of the container itself and prove extremely viable in terms of costs to the shipping companies.

To fulfil the requirements of the idea proposed, Mr. Tantlinger came up with a locking system to the existing cargo storage containers on their edges. Along with the development of a locking methodology, Mr. Tantlinger’s container re-development included closing off the shipping containers facilitating their easy hauling to and from container vessels. In addition to the easy lading and unloading from vessels, the modified containers also offered easy hauling from railway cargo carriers and camions.

But the most important utility offered by Keith Tantlinger’s pioneering development was the fact the closed and locked cargo containers could be arranged one-on-top-of-another making large scale cargo transportation possible across continents. Steel cargo containers, measuring 40 feet lengthwise with a height of about eight to nine feet were utilised and successfully modified by Mr. Tantlinger. These steel containers therefore can be rightfully regarded as the pre-cursors to the currently prevailing criterion in terms of shipping cargo containers.

Influence For The Future

When Mr. Tantlinger came up with his idea of closed containers, the idea was met with a lot of scepticism. Only after noting the extent of distance traversed by the container vessels, over a considerable period of time, was the idea met with a favourable response. 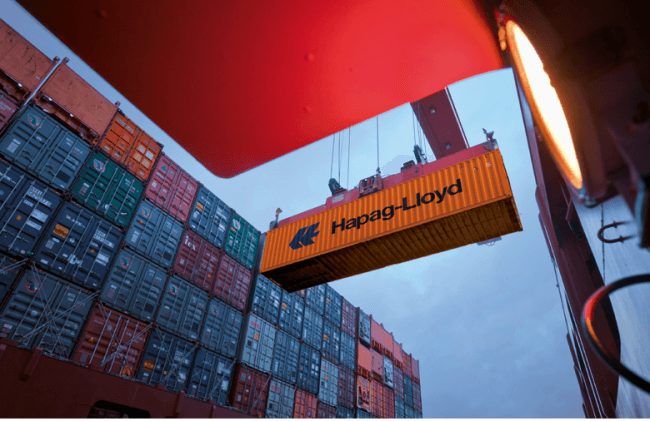 Another important fact that added to the merit of the modified containers was about the feasibility to carry various commodities that would not have been possible otherwise. With the perennially looming prospect of increased costs at sight, the modified vessel containers became a much desired requirement rather than the anathema, they were regarded before.

For his envisioning and innovative concept, Mr. Tantlinger was presented with the Gibbs Brothers Medal in the year 2009. Instituted by the National Academy of Sciences, the laurel is presented to those who have contributed substantially in the field of applied sciences.

Mr. Tantlinger might have died, but the innovation he pioneered still commands a pivotal position in the marine shipping industry. For this very reason, Mr. Tantlinger’s presence will be forever marked in the pages of maritime history.

Foldable Shipping Containers To Be The Upcoming Solution For Logjam