Have you ever anticipated getting caught in a catastrophic marine fire onboard? What would be your duty when every second counts and there is no local fire department to call? Your moral quandary pushes you to help the ones in danger but how much can you spare if you don’t have the best tool!

We suggest you the innovative FM-200 Waterless Fire Protection Systems which is people-safe, fast-acting, space-efficient, and collateral damage reducing.

FM-200 is stored in cylinders as a pressurized liquid for quick release. Due to its low boiling point, it discharges as a gas which extinguishes fires promptly through a combination of chemical and physical heat removal. Unlike other fire extinguishers, FM-200 does not muffle flames by removing oxygen from the environment; instead it removes heat energy from fire. The fire fighting system absorbs heat from the flame zone and disrupts the chemical chain reaction of the combustion process. This helps put out the fire quickly, minimizing the risk of explosion and collateral damage. 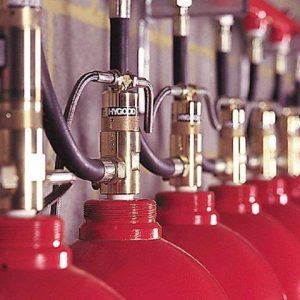 FM-200 is specially designed for marine fire fighting and is distributed uniformly throughout the protected area of a vessel, such as the engine enclosures, electrical controls, machinery compartments, and other marine applications. Water or water mist may not penetrate inside cabinets or reach a fire that is underneath machinery compartments, whereas the FM-200 gas can penetrate easily into obscure or hard to reach areas with its 3-D capability.

Fire fighting on ship pertains to the tactics and abilities of the crew. The FM-200 Waterless Fire Protections System serves the purpose well. Here are a few of its benefits:

FM 200 Waterless Fire Protection is the most effective marine fire fighting system which is used on numerous marine applications including: 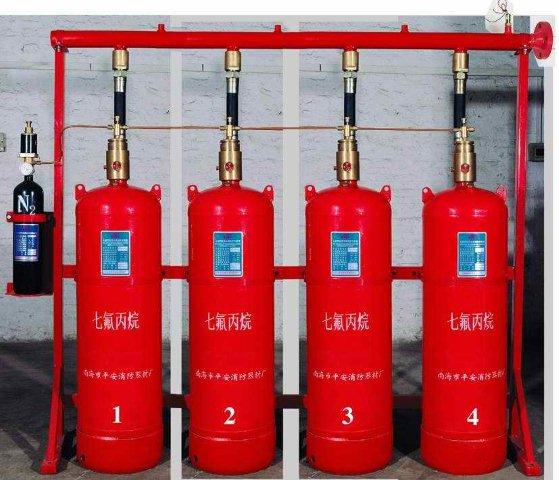 Apart from saving marine lives and properties it is also beneficial in the long run as it is highly environment-friendly. These are non-emissive and do not deplete stratospheric ozone. Hence it has been approved for use around the world by international organizations like NFPA, FM Global, International Convention for the Safety of Life at Sea and International Marine Organization.