A Traffic Separation Scheme (TSS) is created to regulate the flow of traffic of vessels in congested waters. In extremely busy approaches such as in areas of Singapore or China, the role and importance of a TSS cannot be stressed upon enough. Along with the regulation of traffic/traffic management in such areas, TSS is imperative in the prevention of accidents (that have frequently happened in the past) among the number of vessels plying through any such given area. The IMO has listed over 200 such TSSs, the absence of which will lead to utter chaos!

TSSs are indicated on an admiralty chart in purple, one that has been touched upon even by those starting out their career at sea in all probability. These are imaginary lines that don’t have actual representation through borders on location but are complied with by all vessels out at sea as conformity to it is mandatory as per Rule 10 of the COLREGs. Such is the importance of Rule 10 (among others), that one can expect a few questions from it for their competency exams. Clarity of this Rule with regard to the understanding on the part of seafarers is extremely important for the safety of the vessel as well as in the perspective of examinations. 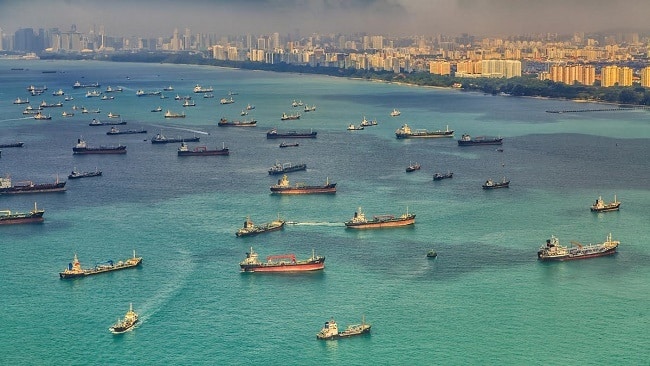 Keeping these in mind, let us look at the common errors that occur when navigating in a TSS:

1. Assuming that navigating within a traffic lane gives you right of way over other traffic.

Rule 10 a states that “This Rule applies to traffic separation schemes adopted by the Organization and does not relieve any vessel of her obligation under any other rule.”

You need to comply with COLREGS at all times, being in a traffic separation scheme does not relieve any vessel of her obligation under any other rule.

However, if the risk of collision exists you will have to take action as required by rule 18 of COLREGS. 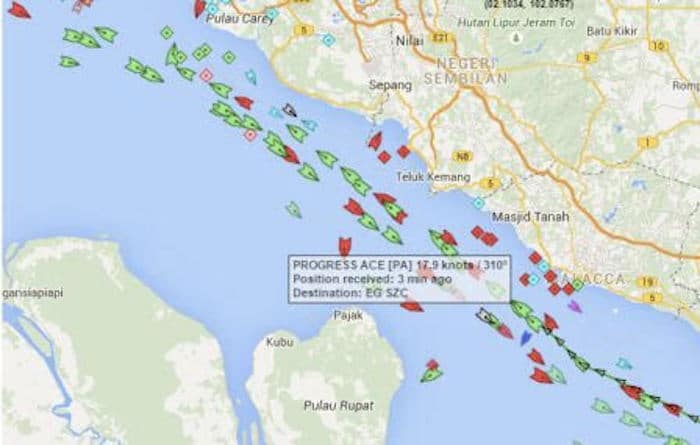 Rule 10 c states that  “A vessel shall, so far as practicable, avoid crossing traffic lanes but if obliged to do so shall cross on a heading as nearly as practicable at right angles to the general direction of traffic flow”

The rule clearly requires that crossing should be done at a “heading” as nearly as practicable to right angles to the general direction of traffic flow.

This is for two reasons, one a heading of right angle results in shortest crossing time and two, this is readily apparent whenever an observer is monitoring you visually.

Common defaulters try to make a course good at 90-degree angle to a traffic scheme or try to cross in a straight line to their destination generally from one inshore traffic zone to another. 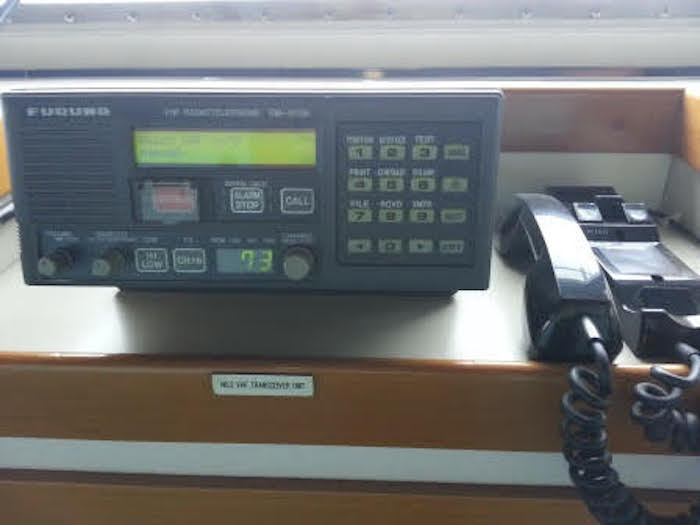 3. Laying course on top of the magenta arrows and navigating exactly on the centre of the lane.

Rule 10 b states that “A vessel using a traffic separation scheme shall:

(i)    proceed in the appropriate traffic lane in the general direction of traffic flow for that lane;

(ii)    so far as practicable keep clear of a traffic separation line or separation zone;

(iii)    normally join or leave a traffic lane at the termination of the lane, but when joining or leaving from either side shall do so at as small an angle to the general direction of traffic flow as practicable”

The arrows merely indicate the general direction of traffic flow along a lane; waypoints must be laid bearing in mind subsequent alterations that may be required on your part either towards your destination or for avoiding collision and navigation hazards. In case you are on a fast ship, you will have to lay course so that maximum possible sea room is available for safe overtaking. Likewise, a slow steaming or super slow steaming ship will endanger the safety of own and other vessels if navigating right at the centre of the lane without regard for other through traffic. 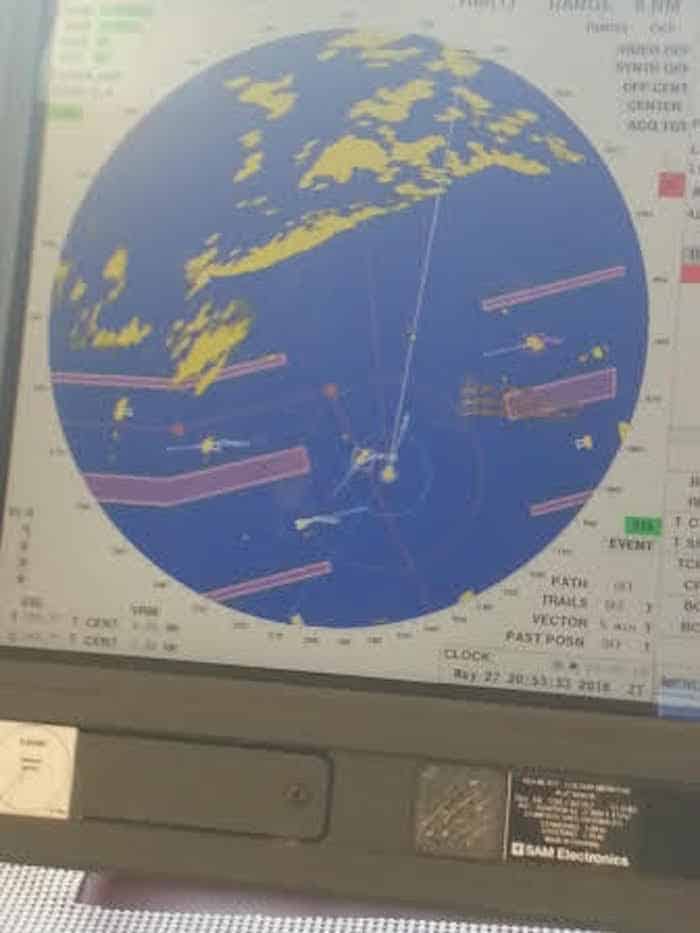 Very often traffic separation schemes have mandatory position reporting requirements when they are part of IMO or local routeing measures.

This is in the interest of the safety of navigation and marine environmental protection. According to SOLAS V/10 when a mandatory ships’ routeing cannot be used this shall be recorded in ships’ log stating the compelling reason.

SOLAS V/11 requires the master of a ship to comply with reporting requirements and report to relevant authority all information required.

It is common to hear VTMS services hailing non-compliant vessels on VHF and informing about breach of mandatory reporting requirements, where deemed necessary complaint is lodged with relevant authorities.

A Proper appraisal must be made each and every time, regardless of how many transits have been completed through a particular traffic separation scheme.

Since last passage there may be changes within the scheme – new wreck which may be marked or yet to be marked, change in depths, movement of an oil rig or off-shore installation, survey activity etc.

Each separation scheme has its own hazards. Passing through Singapore and Malacca straits will present a different challenge as compared to Dover straits and the English Channel or Gulf of Suez.

Movement of other traffic must be considered. Are vessels approaching or departing from the port? In which case is pilot transfer in progress? Is there a probability of sharp turns being executed by a vessel being overtaken? Is there a chance that vessel may be slowing down for replenishment of stores or crew change during the transit?

Do find out about regulations and recommendations on maximum permissible speed. Overtaking may be prohibited or not recommended in certain areas.

A safe transit will depend on good planning based on vessel characteristics and status.

Some points to consider will be:

7. Not paying sufficient attention to monitoring

Frequency and method of position monitoring that has been decided must be adhered to at all times.

Often due to the proximity of coastal landmarks parallel indexing will be fastest and easiest method of virtually continuous position monitoring.

It is good practice to study the chart thoroughly prior taking overwatch. Make a note of any aids to navigation likely to be passed during your watch such as buoys and lights, determine at what range you can pick them by sight or on the radar. This will help to increase your situational awareness.

Be familiar with all the symbols on navigation chart and ECDIS.

8. Lack of familiarity with requirements of safety management system

In SMS of many companies, guidelines are given in sections pertaining to navigation or bridge watchkeeping.

These may be general guidelines for safe practices to be followed in TSS or can be very detailed instruction for some specific traffic separation schemes.

These will relate to bridge and engine room manning levels, for most critical areas some companies will specify not only additional officer of the watch but also the rank of OOW to be present and duties of each member of the bridge team.

There will also be mention of machinery status – main engine to be on standby, engine room to be manned, additional auxiliary engine to be running etc.

While traffic separation schemes have succeeded in reducing collisions by avoiding head-on meetings and reducing the relative speed of approach for ships in the same traffic lane.

A prudent mariner always needs to exercise extra vigilance while transiting such areas.

Contingency measures must always be in place.

Fog, heavy rains, snowfall, sandstorm or even smoke from a fire can result in restricted visibility conditions; in that case, the plan must be revised to suit the current situation.

The main engine, steering gear, auxiliary engine, anchoring and mooring equipment; just like any other machinery can malfunction at any time and such scenarios must always be discussed during the bridge team meeting.

Bridge team meeting must also include the chief engineer and his inputs should also be considered.

TSS obviously make navigation a lot easier. A complete understanding of the application of Rule 10 as well as its implementation in real life contributes a great deal towards the safety of the own as well as the other vessels in the vicinity.

Above article has been written from the perspective of a power-driven cargo vessel.