You are here: Home › Main Engine › Air bottle or Air receiver On board Ship
TwitterFacebookLinkedInPinterestBuffer

Main engine and auxiliary engine are the two prime components in a ship’s engine room, on which, the entire operation of the vessel is dependent. There are several other important machineries that are necessary to support these two main components; however, one equipment without which any of the above mentioned machines cannot do away with is an air bottle or air receiver.

What is an Air bottle or Receiver?

The air bottle or air receiver is a large container acting as a reservoir to store compressed air supplied by the main air compressor of the ship at high pressure. This compressed air is very important to start main engine or auxiliary engine. 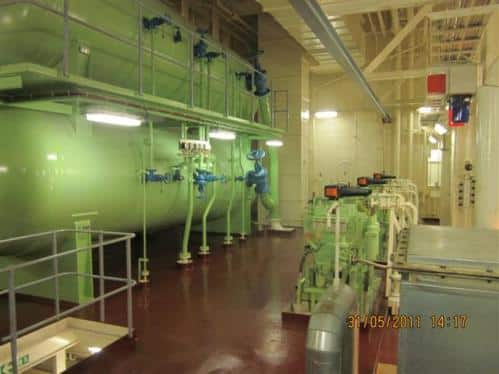 Apart from above mentioned ones, there are several other uses as well.

What are the Air Bottle Mountings and Connections?

The general mountings and connection present on air bottle of a ship are: