You are here: Home › Life At Sea › What Does The Term “Get Your Sea Legs” Means?
TwitterFacebookLinkedInPinterestBuffer

As exciting as staying and living in a ship sounds, there are several adjustments that one needs to make. And the most important adjustment for prospective sailors and cruisers is to learn ‘how to get sea legs.’

To get your sea legs is a highly popular catch phrase used in the marine lingo, which refers to the ineptness of people to poise themselves while on ships and boats. 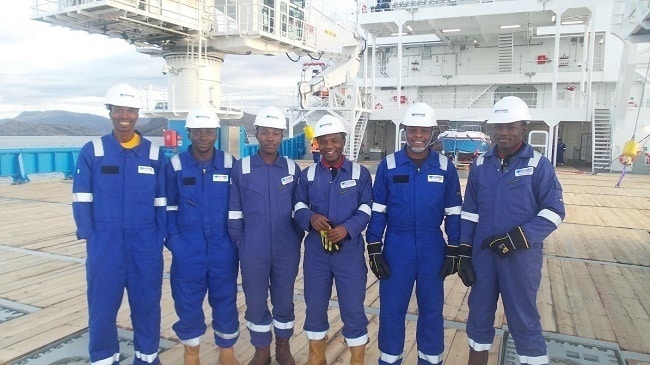 The phrase’s roots are actual interpretations of seafarers being unable to hold on stably while the vessel constantly rollicked on water. Over the years, this root origination has been modified to a simpler ‘developing sealegs’ idiom.

Another aspect of the terminology of developing sea legs also refers to getting acclimatised to a newer surrounding, in a generic and non-marine parlance. Similarly, in a unique correlation paradigm, there is also the contextual existence of a medical problem referred to as the ‘Mal de Debarkquement Syndrome.’

The latter being the complete opposite of the sea legs concept, the syndrome refers to the tottering and teetering of sailors on terra firma, because of longer time-duration spent while at sea. Sailors and even the general cruising community, who face this problem, are often misunderstood as being drunk or alcoholic, which is not the case with many credible seafarers.

A very common correlation is drawn up between the concept of developing sealegs and the problem of motion sickness while the vessel’s on water. This is because unless a person is able to withstand the constancy of the rollicking of the vessel, his body won’t be regulated as it needs to, thus giving way to motion sickness.

Observing, interpreting and swaying in accordance of the motion of the vessel is known to help people acclimatise with the unstable surrounding, thus helping to get your sea legs. However, in case the boating expedition is a relatively smaller cruise, the learning experience gets curtailed even before individuals can firmly and fully grasp the concept of getting sealegs. However the advantage of shorter cruising expeditions is that, in the event of individuals grasping getting sea legs thoroughly, the experiencing of jelly legs while back on land, gets reduced substantially.

A person is said to have developed jelly legs if:

A distinct non-development of sea legs could cause immense problems to individuals, at times more serious than motion sickness. Considering the relevance of the maritime presence in people’s lives, it becomes necessary that all due precautions and care are taken to learn how to get sea legs.

Pros and Cons Of Internet Onboard Ships: A Sailor’s Perspective
Equator Crossing Ceremony: The Real Test Of Seafarers
My First Journey Through The Panama Canal – 4th Engineer Describes His Experience

The Case Of A Financial Cauldron – How Seafarers Can Grow Their Money Smartly
Want to share your tips and advice? Got questions? Visit the community forum to ask questions, get answers, meet people, and share your tips!