You are here: Home › Life At Sea › What are Ghost Ships?
TwitterFacebookLinkedInPinterestBuffer

The stories of ghost ships and sea have troubled the shipping world and sailors since the start. Ghost ships are those sea going vessels which have been associated with some kind of supernatural activity or unexplained power.

A ghost ship might be an abandoned vessel or a ship still in service, but stories of paranormal activities related to it has become famous mainly through word-of-mouth publicity of sailors. Most of the ghost ships in the past have either been abandoned or scrapped.

The story of ghost ship Mary Celeste is one of the most mysterious and enduring stories in the maritime world. It is one of those haunted ships whose story still intrigues people around the world. 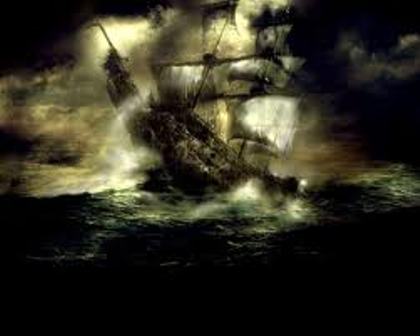 Generally, stories related to ghost ships and abandoned vessels involves some kind of superstition attached with them. In the past, people would term a ship as cursed if any kind of supernatural activity was experienced on the ship or in any particular part of the same. Also, if in case a series of deaths, illness or life-threatening accidents occurred on a ship, people would usually relate it to ghosts or to a supernatural force as the reason for unfortunate events.

The story of the Flying Dutchman Ship is yet another ghost ship’s tale which still succeeds at capturing the attention of not only sailors but also of people not belonging to the shipping world. This is a peculiar kind of story wherein people at the sea have seen a derelict ship which resembles the Flying Dutchman. The story spread like wild fire when a number of people again sighted the same ship which appeared out of the blue and disappeared in to the thin air.

Just like Flying Dutchman, several other ships which were either sunk in the past or lost at the sea have been seen by the sailors. However, none of the stories have been proved as true.

The famous ship Queen Mary has also been termed haunted after several people reported sightings of ghosts, unusual sounds, and paranormal activities on the ship. Though most of the people do not believe the ghost stories of Queen Mary cruise ship, the legends have been much talked about and discussed even among experts.

Several maritime accidents in the past still remain unexplained. When people cannot find a logical explanation to a certain incident, they have a tendency to believe in the contribution of a supernatural force. Some of the most famous ghost stories in the world are a product of such beliefs which lack proper explanation and proof.

However, they these stories still continue to intrigue people because of their mysterious plots and unexplained findings, compelling people to believe in the concept of ghost ships at sea.

8 Ghost At Sea Movies You Must Watch