This is the fourth article in the personal financial planning for seafarers series by the very experienced Chief Engineer Rajeeve Kaushik. You can read the previous articles of the series here – Importance of Financial Planning for Seafarers , 10 Common Financial Mistakes Seafarers Make & Little Know Facts About Magic Of Savings Seafarers Should Know.

After I wrote the second article in this series regarding mistakes we as Seafarers make in our lives regarding savings, there was a certain uproar on various social platforms. People took special objection to the fact that I advised not buying expensive gadgets as it is a personal choice. With this objective in mind I have captioned this article with opposite characteristics: Compounding – which is an art of growing Money in investments or OTHERWISE how to kill your money. 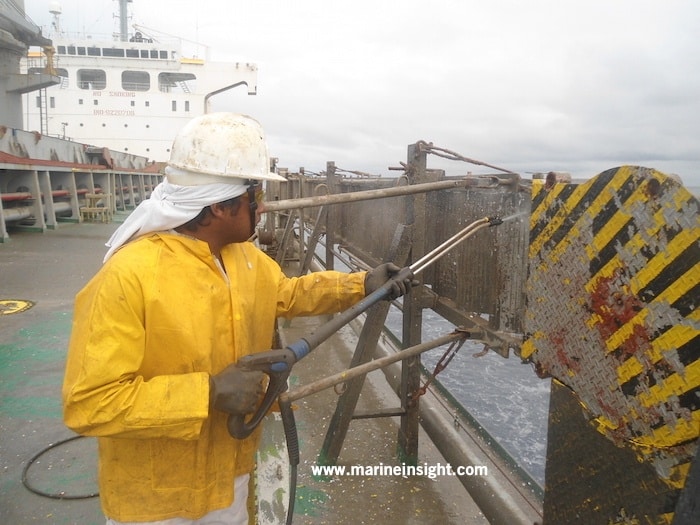 It is always best to tell your own story and the mistakes that one has made. In this series of articles I will try to take you along my own journey and include the stories of my senior colleagues, so that it will give you an overall view of at least 50 trailing years.

If you select a Finance product that is reliable and safe and one that gives you or by its history “promises” to offer you a rate of return that is “realistic” – and then if you keep investing even a small amount of your savings in it for a long term, then it has a capacity to grow into an unbelievably large “corpus”.

I had learnt this fact quite earlier in life. However when I was younger, there were no such products in India that could give me sustained tax efficient returns. Or maybe I was not aware of such products. Whatever products were available, were either giving very low returns or were taxed upon maturity by the government. So even though I was keeping money in banks consistently and in some other avenues, my money was being FORCED to stay near about its ORIGINAL value. In effect what I was doing was KILLING MONEY.

The 4 main avenues that KILLED MY HARD EARNED MONEY are:

1. Bank Fixed (or TERM) Deposits: Because they were giving me lesser interest than even the rate of INFLATION in the country. We must evaluate this for our own countries, as inflation is different in every country. On top of that the government taxes the interest too. In India of course the NRIs (expatriates) have a account which is tax free, but the rate of interest for it was pathetic till 2012. So basically you lost one way or the other.

2. Post Office Deposit Schemes: These are not allowed for NRIs (expatriates), still the reason why I or anyone else saving here was destined to lose money was for reasons same as for bank deposits.

3. Ponzi or Quick-Get-Rich Schemes: Even though I did not fall for these schemes, it is important I mention them. These are the Quick-Get-Rich schemes. They may include chit-funds; cash for gold; plantations schemes; resort schemes; pyramid or multilevel marketing schemes. There are plenty of these in the market which will help you KILL your money surely, quickly and efficiently.

4. Expensive Insurance Plans: These are the stickiest part of the financial products market in the entire world.

Firstly, They cover you for such a small amount that even if I was dead , my family would not be able to manage with the money for One straight year.

Secondly, they never tell you how much of the money will be invested and how much of it will be used to buy you insurance. It is just rolled into one fat premium.

Thirdly, they do not let your money grow. The rate at which the money grows is at times less than the bank interest.

Fourthly, they keep asking you every year for the same high premium thus not letting you correct your mistake even if you found that you had made a mistake by taking the insurance plan. If you cancelled the Insurance plan, you would lose most of the money that you had paid by way of premium.

The best recourse for these Insurance Plans has come into the market in the last 2 decades (in India at least, elsewhere it has been for a long time.)

(Insurance is a necessary evil and needs to be taken. Hence my NEXT article will be dedicated to the INSURANCE. The process of getting one, and all that is good and bad about it.)

My above statement does not mean that the Bank deposits, Post office deposits, Company Fixed deposits should not be used for savings- they should to be used, since ASSET ALLOCATION is a necessity. However there is a time and limit for everything. We will also discuss this in detail later articles.

Now allow me to introduce you to the ART OF COMPOUNDING.

All of us have studied simple interest and compound interest in school, but have never appreciated it’s importance in practical sense.

If you will refer to the table that I had put in the Second article “ 10 COMMON FINANCIAL MISTAKES…” you will find that in ALL the three columns the money is growing . This money grows because whatever growth (by way of interest or growth in your investment) takes place in 1 year is added to the amount that you invested in the first year and is carried forward as the fresh investment amount for the next year. If you did not let this growth be carried forward to the next year and withdraw it after 1st year then at the end of every year your amount will remain same.

Let us call the amount invested in 1st year as A1, the growth taken place as G1 , the total amount at the beginning of the second year is A2= A1+G1. Now to this if you add fresh investment as F1

Try to make this table in your own excel sheet and share it with your other shipmates.

This process of growth is called COMPOUNDING in the world of money. It has the sanction of a man no less than Albert Einstein, who called it the eighth wonder of the world.

For those who are interested in his full quote; here it is –

“Compound interest is the eighth wonder of the world. He who understands it, earns it … he who doesn’t … pays it.” – Albert Einstein 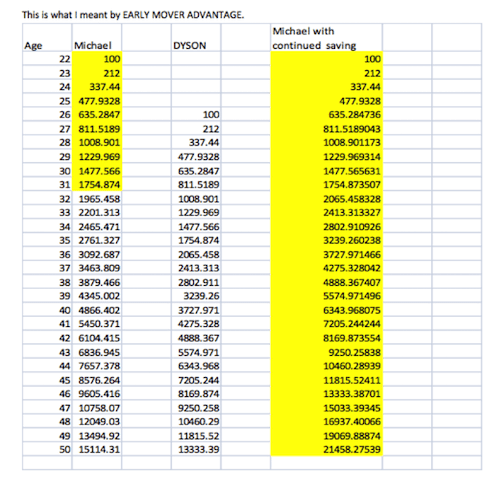 I will try to explain it in better terms which only you as seafarer can understand.

You may have seen a Fire Hose on board ships, the length of which is governed by the length of the ship you are working on. You are also familiar with the thickness of the hose (which is not much). Now for the purpose of understanding, just imagine what happens when you start coiling up the Fire Hose to stow it in the Fire Box. With every turn or the coil grows more than the thickness of the hose itself. The growth of the coil is massive.

Another example is that of a snow ball. In the highlands, a small piece of snow due to its weight dislodges itself from the mass and starts rolling down. As it rolls down it catches more and more snow and becomes bigger and bigger. As it’s mass grows bigger it’s momentum also increases and so does it’s speed. Now from this example if you take away the inaccuracy of physics terms you will realize what I mean.

Now going back to the beginning of this article and answering to the gentlemen who objected to my advice of not spending on expensive gadgets. You are the best judge for yourselves. If you will not provide the initial mass to our SNOWBALL, how will it start rolling down and start accumulating more mass and momentum with time? It is very possible that not opting for a $2000 bike today may allow you to buy a Harley Davidson or a Hayabusa after 5 years and still leave money to spare.

World economy has a two way movement. Firstly it keeps increasing the cost of living. Secondly it keeps reducing the real value of the money that you earn or save/invest. (You may have noticed that I am not using the word saving and investment interchangeably since I believe they are different. This I will address in my future article).

CONCLUSION : This brings us around to the SECOND realisation that : NOT ONLY WE NEED TO INVEST CONTINUOUSLY AND CONSISTENTLY IN GOOD FINANCIAL PRODUCTS; WE HAVE TO ENSURE THAT THE PRODUCTS ARE TAX EFFICIENT OR TAX FREE AND THE REAL RATE OF RETURN IS OVER AND ABOVE THE INFLATION RATE. Till the time you are young and the FINANCIAL RESPONSIBILITIES on you are not much as compared to your salary- you should explore and invest IN HIGH GROWTH PRODUCTS.

What are these products?

We will discuss in the later articles; however you will have to do some research with me. Since my work in financial planning has been mostly related to India, I will tell you about the generic plans that exist in the Financial world, then you will have to find corresponding products in your own country. This will not be difficult since you would have by then thoroughly known about your choices and then most of the information is available on the net.

The lead that you will take in the initial years of your career will help you think better in later life and help you achieve FINANCIAL FREEDOM.

What is the best step you have taken in life to achieve that financial freedom?

You may also like to read – Financial Planning For Seafarers: Difference Between Direct Equity Stocks and Equity Mutual Funds

Disclaimer: Author is a Chief Engineer from the Merchant Navy and has no formal qualification in Financial Planning. Views expressed are based on his own experience and that of others who have benefitted with his help. He may be reached via email here or at the forums. The author shall not warrant or assume any legal liability or responsibility for the accuracy, completeness or usefulness of any information provided herein.

Rajeeve has been a Chief Engineer for 19 years. He kept his deadline and retired himself on his 50th birthday. With a penchant for reading and writing serious literature and driving long distances, his main hobby is observing and commenting on the economy of the country.
He has been helping colleagues at sea by planning their finances and future for over 20 years now. Living in the rapidly diminishing Himalayas, he appreciates every aspect of his beloved country, lying between the Green Hills and the Blue Ocean.