When one travels by ship, the ship’s windows are the most important and striking feature that he or she can notice. The ship’s windows are known as portholes; shortened form of the word ‘port-hole window.’ Portholes, however, are also not just a part of ships but are found in submarines and spacecrafts. Certain times ship portholes are known as ‘side scuttles’, mainly because they are located on both the sides of the ship.

Portholes have been a part of the ships since the start. They have retained their circular form and as compared to windows in other means of transportation, are completely unique.  The portholes are designed in such a way that when a ship cruises into the middle of the seas, one can get the best possible view from the ship’s porthole. For this, the height of the portholes is strategically decided and one end of the portholes is hinged. 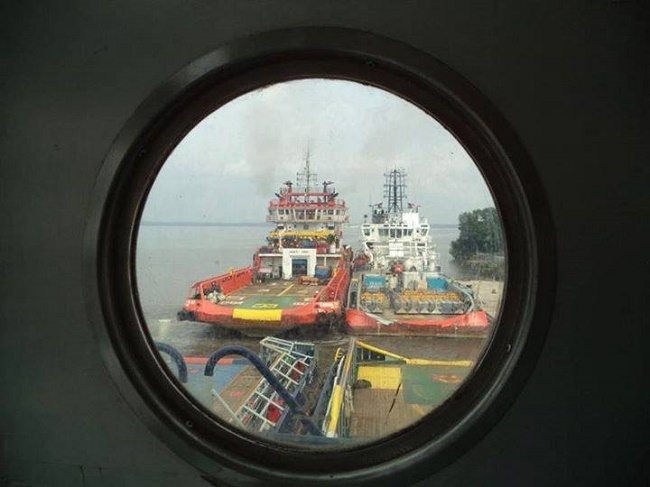 A porthole was initially constructed to be a window in those areas of the ship where airing was a major problem. This allowed both light as well as fresh air to enter those parts. This pattern of construction greatly helped the people working in these areas to work continuously for long hours. However, later on portholes came to be built on every room and cabin on the ship.

The materials generally used for building ship portholes are steel, aluminium, brass, bronze, and iron. The glass used in the portholes is compulsorily made involving sand. The process of making glass is known as sand-casting and the main material for this process is silica sand. In order to make the glass, a mixture of silica, lime and ash is mixed, heated and cooled until the right consistency of glass is achieved. The process further involves re-heating the mixture in huge furnaces constantly so that the glass reaches its appropriate thickness. Then this mixture is laid on top of a melting tin which ensures that the right shape of the glass is achieved. The the glass is finally cooled. This process is referred to as tempering, which ensures that the glass does not break or shatter.

A ship’s porthole measures around two feet in diameters while its weight can go up to around 100 pounds. Ship portholes are generally because of the durability factor. They offer resistance not only from sunlight but also from sea and rain water. The heaviness of the ship portholes also ensures that no damage is caused at any point of time to the ship.

Portholes are not trendy. But just because of their utility, they are still used extensively on ships around the world.

How Maintenance Work is Done Onboard a Ship?
How the Water Locks of Panama Canal Work?
Procedure for Cleaning Fuel Oil Tanks on a Ship