The machinery systems fitted onboard ships are designed to work with maximum efficiency and run for long hours. The most common and maximum energy loss from machinery is in the form of heat energy. This loss of heat energy has to be reduced or carried away by a cooling media, such as a central cooling water system, to avoid malfunctioning or breakdown of the machinery.

There are two cooling systems used onboard for the cooling purpose:

As discussed above, in the central cooling system, all the working machinery on ships are cooled down using circulating fresh water. This system comprises three different circuits:

The seawater is used as a cooling media in large seawater cooled heat exchangers to cool the freshwater of the closed circuit. They are the central coolers of the system and are normally installed in a duplex. 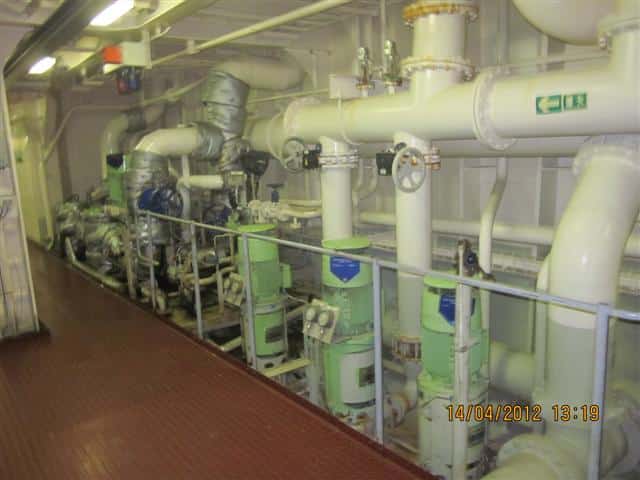 The total quantity of low-temperature or L.T fresh water in the system is maintained in balance with the H.T. freshwater cooling system by an expansion tank which is common to both systems.

The expansion tank used for these circuits is filled and makeup from the hydrophore system or from the distilled water tank using the F.W. refilling pump. 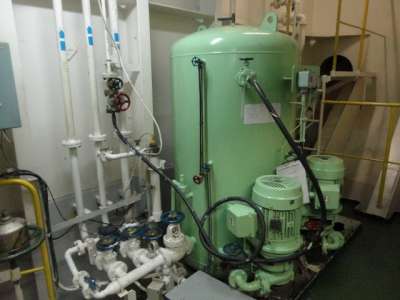 During standby, the DG is kept warm by the circulating system from the DG in service. 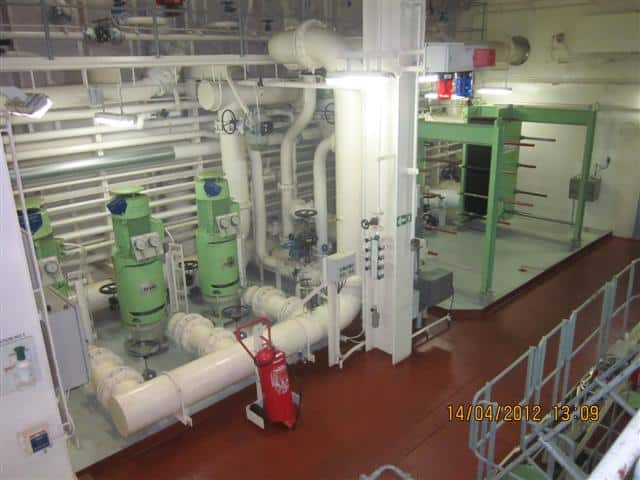 When ME is stopped, it is kept warm by HT cooling water from DG. If this is insufficient, the water may be heated by a steam-heated FW heater.

The loss in the closed circuit of the central cooling freshwater system is continuously compensated by the expansion tank which also absorbs the increase in pressure due to thermal expansion.

The heat absorbed by the H.T circuit is transferred to L.T circuit at the temperature control valve junction.

The outlet temperature of the main engine cooling water is kept constant at 85-95 by means of temperature control valves by mixing water from the two central cooling systems i.e. LT system into the HT system.

Disadvantages of the central cooling system