You are here: Home › Marine Environment › The Silent Evolution : An Artificial Coral Reefs With a Difference
TwitterFacebookLinkedInPinterestBuffer

Coral reefs are a very important aspect of the marine ecosystem. In the recent times, however due to extensive activities in the oceanic areas, the coral reefs are getting wiped out. This is a cause of major concern for people and organizations across the world.

Coral reefs are regarded to be varied and diverse on account of the amount of marine creatures that thrive because of it. They are found in the shallow water parts of those oceans whose temperatures are warm. The Great Barrier Reef is a very common example of coral reefs found in the oceanic areas. 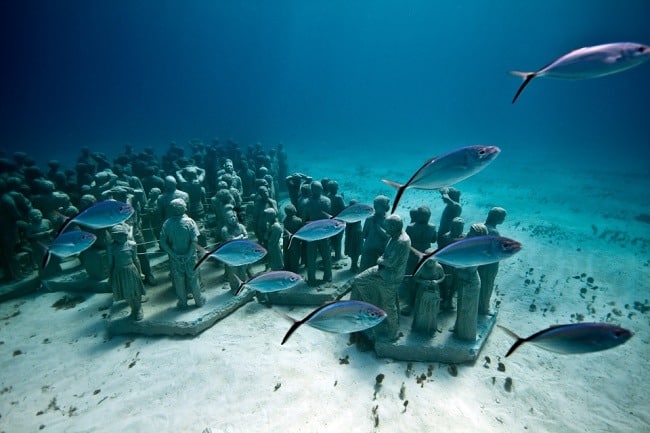 An Artist, Jason deCaires Taylor has created one of the most striking colonies of artificial coral reefs in The National Marine Park, Cancun, Mexico. Known as the Silent Evolution, the most important and beautiful highlights of this unique colony of coral reefs can be explained as follows:

The main and the vital reason that Jason Taylor came up with such a creation was to integrate art suitably along with the required environmental standards. With this creation ending up being such a positive outcome, it has resulted in not just the artistry getting recognition but the artist as well. 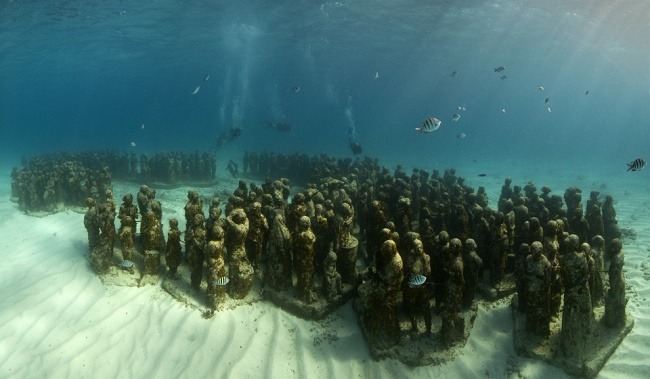 The theme of Silent Evolution is aimed to create a situation of positivity and promise among the despair and the frustration that is being caused. It has been observed that the artist has tried to connect the aspect of artificiality with nature as much as possible. Also, as both visitors and divers can see the gigantic sculptures placed in the water, it can be said that the purpose of creating such a concept has been more than successful.

The creation of this singular coral reef was started in the year 2006 and in the five years that it was first planned out, the idea has gained appreciation and accolades worldwide. The fact that Jason DeCaires Taylor proactively decided to act for the betterment of the marine ecosystem, however becomes the major factor that demands and merits such a high level of regard and respect.

10 Toxic Ships of the Shipping World

13 Important Marine Environmental Protection Agencies
Want to share your tips and advice? Got questions? Visit the community forum to ask questions, get answers, meet people, and share your tips!