In yet another example of scientific genius, the researchers of Australia’s Biopower Systems have come up with the idea of bioWAVE. Inspired from design of aquatic bull kelps, the bioWAVE would resemble an electronic version of the plant with metal blades in place of green ones.

The idea of the wave is to provide a clean source of energy production using the swaying action of the blades.

How does it work?

The design of the ambitious bioWAVE is a rather simple one for such a promising plan. It includes a triangular foundation that would be anchored to the sea floor to provide a sound base. From this, a central column would emerge that would carry the blades. These blades would be cylindrical buoyant structures that would reach just the surface of water to be barely visible above it. 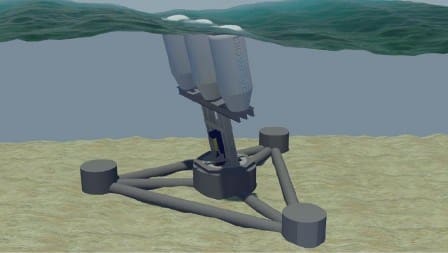 However, the hinged pivot where the blades would be connected to the column would allow enough freedom for movement of blades. The blades would be able to move in rhythm with the wave motion of water, both on surface and below it. This would produce the kinetic energy in a pressurized fluid within an integrated power conversion module.

This module would be known as O-Drive and it would be the main chamber for capturing the kinetic energy produced from the blades. From here, the fluid movement would spin a generator that would convert this kinetic energy into electrical energy. The electricity generated here would be carried to an on shore site via sea cables that can be easily laid.

This design is set to take the power generation by storm. And it has its reasons to claim so. The design seems a highly beneficial yet practical approach that is efficient at several levels. Firstly, all the equipment used in the design can be easily taken to the location without need of any special facilities. That would save a lot of cost and add efficiency to the project.

Also, the main unit of the design i.e. the O-Drive is proposed to be a detachable unit which alone can be removed for servicing and upgrading without the need to remove the entire structure. 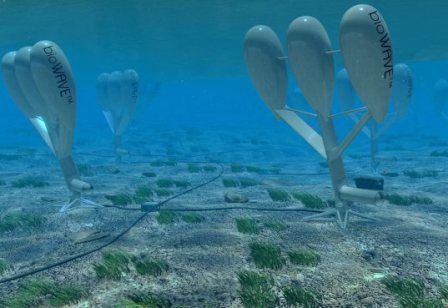 The blades have been designed to be made of buoyant material and remain below the surface. That means there would be no weird looking tentacles protruding from middle of the sea to hamper with common people’s lives. Also, these blades would be designed to detect large swells so that they can avoid the high current by laying flat on the sea bed.

This minor maneuver saves the company a lot of time and financial investment in terms of sturdier material. The blades are expected to function equally efficiently with the lighter and less expensive construction material since they would never have to function in more rough higher volume currents.

The design definitely seems like a promising one. The only problem so far is that it is still just a design, yet to see the daylight. The ray of hope for this project has come with Victorian Minister for Energy and Resources announcing AUD$5 million grant for it.

However, that is only a part of the $14 million project that would take about four years for completion. With additional funds, the company still needs another $3.6 million to make this design a reality. 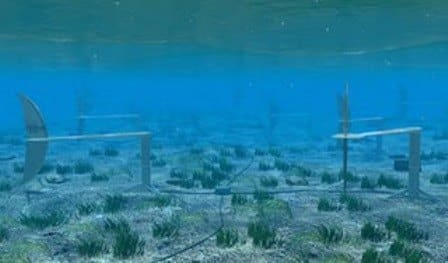 However, once completed, the commercial design of the project will be located at a grid connected site near Port Fairy, Victoria and will function at depth of 40-45 meters. This design will incorporate a total of four O-Drives in parallel and produce approximately 1 megawatt energy.

A 250 kW pilot plant system would operate at 30 meter depth. This leads to design of the ‘wavefarm’ which would combine several such units for even larger scale production of energy.

The bioWAVE is definitely an ambitious plan. With the grant, work towards its realization has already begun. But the world would wait with bated breath until the day those cylindrical blades are finally set into motion.

You may also like to read:Alternate Marine Power    Tonbo-Hybrid Vessel    Hornblower Hybrid

How Efficient Cargo Handling can be Helpful for the Marine Environment?
Want to share your tips and advice? Got questions? Visit the community forum to ask questions, get answers, meet people, and share your tips!