Do you care enough for the oceans? Or is it just a trending topic you like to hear about?

Whereas the marine ecosystem gets our attention for different reasons, the fact remains that consistent increase in the level of pollutants has degraded water bodies across the world to levels of irreparable damage. Studies explain that 80 per cent of marine pollution originates on land, in different forms of pollutant, mostly as a result of various human activities. However plastics contamination poses the biggest threat, the list of pollutant to the marine environment remains long with sewage, pesticides, industrial chemicals and other garbage. 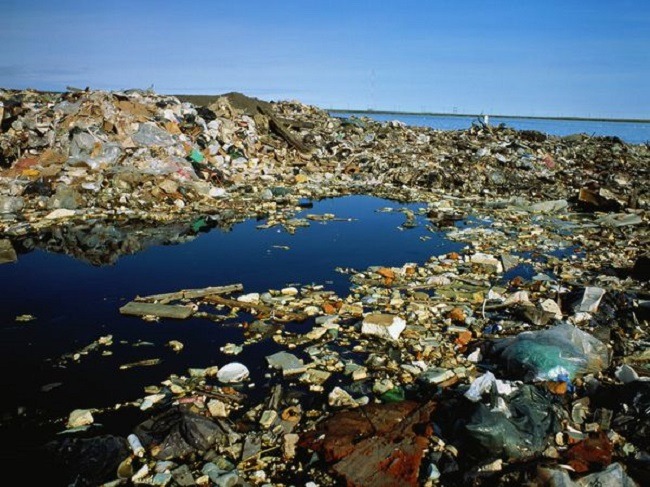 It is true to say that despite taking numerous steps to mitigate the effects of marine pollution, there is still a long way to go to protect and conserve our waterbodies. As important as finding ways to clean our oceans and lakes, creating awareness among people towards the protection and conservation of the marine environment is also a crucial effort. And being aware of a problem means knowing the issue at the grass root level. Thus, to prevent marine pollution, one must be aware of the pollutants that pose threat to the ecosystem and the sources those originate.

Here, we have enumerated 11 main causes of marine pollution which have been a troubling marine environment for quite some time now.

Here, we have enumerated 11 main causes of marine pollution which have been a troubling marine environment for quite some time now.

Dumping of waste materials from industries, ships and sewage plants into oceans has polluted the marine ecosystem to a great extent. As mentioned earlier, for years the oceans have been targeted as a dumping site of sewage, chemicals, industrial waste, garbage, and other debris from the land. According to reports, only mining companies across the world dump 220 million tonnes hazardous waste directly into our waterbodies every year. Similarly, it is important to note that around two-thirds of the marine lives in the world have been under threat from the chemicals we use every day, including household cleaners. Since we depend on the marine ecosystem extensively, the adverse effects of ocean dumping have not only been felt by marine life but by humans as it poses health risks.

One of the major sources of ocean pollution is the waste comes from the nonpoint source, which happens as a result of runoff. Surface runoff from both agricultural land and areas carry soil and particles mixed with carbon, phosphorus, nitrogen and minerals, posing threat to the marine life in alarming scale. Crossing streams and rivers, the water filled with these toxic chemicals land in the ocean, resulting in harmful algal blooms. This kind of water pollution threatens the species of fish, turtles, and shrimp etc. and also humans through the food chain.

In this world of ever expanding industrial activities, dredging is an important activity that enhances marine transportation and other related activities. However, dredging has been a major cause of disturbance in the marine ecosystem for many years. As dredging is to remove the deposits submerged underwater, the activity alters the pre-disposed composition of soil, leading to the destruction habitat of creatures and organisms. Similarly, dredging of contaminated materials will result in the regrouping of harmful particles and contaminate large of areas of water bodies. Though steps have been taken to mitigate the effects of dredging on the marine environment, several cases involving the destruction of underwater lives are still extensively heard about.

Nitrogen oxides (NOx) and Sulfur oxides (SOx) – the two main pollutants found in shipping emissions- has badly affected both marine environment and ozone layer in a number of ways. Both NOx and SOx are combustion products that are emitted into the environment in the form of smoke. It is estimated that in 2005, the water bodies around Europe witnessed 1.7 million tonnes of sulphur dioxide (SO2) emissions and 2.8 million tonnes nitrogen dioxide emissions from international shipping.  And, according to the recent studies, these type of air pollution from shipping accounts around for 50,000 premature deaths per year in Europe. However, strict rules have been formed to reduce their levels in ship’s emissions. With IMO revising its standards on the sulphur content of marine fuels, the vessels passing through a Sulphur Emission Control Area (SECA) are not permitted, since 2015, to use fuels with more than 0.1% of sulphur. Similarly, the sulphur limit applicable to all marine fuels used internationally will go from 3.5% to 0.5% since 2020.

The issue of ocean acidification is quickly becoming a threat to both marine lives and humans. Ocean acidification is the continuing decrease of seawater pH caused by the absorption of carbon dioxide (CO2) from the atmosphere. Ocean acidification has the power to greatly endanger the lives of marine organisms and also humans who depend on fish and fish products for their daily sustenance. Studies have shown that the decreased pH levels affect the behaviour of several marine species, putting them at life-threatening risks.

Global warming is alarmingly increasing seawater levels, threatening the marine ecosystem. According to reports, the annual rate of seawater rise during the past two decades has been 0.13 inches a year, which is around twice the average speed of rising over the preceding 80 years. Thus, it is high time that we educate ourselves about the causes and effects of seawater level rising to save the marine environment and biodiversity.  The rise in seawater level means more wetland flooding, destructive erosion and agricultural land contamination and more importantly a serious threat to the habitat of several plants, fishes and birds.

Ozone-depleting substances such as CFCs and Halon along with other pollutants from ships are destroying the ozone layer.  Ozone Depleting Substances omitted by ships across the world include Methyl Chloroform, Methyl Bromide, Bromochlorodifluoromethane and Bromotrifluoromethane etc. These man-made gases are capable of destroying ozone and in effect, these gases causing harm to the marine environment in several ways. Learn more about ozone-depleting substances from ships here. (https://www.marineinsight.com/environment/what-are-ozone-depleting-substances-on-ships/)

As we know, tens and thousands of ships are responsible for more than 90 per cent of world trade. Apart from other pollutants such as oil and gas, the waste and garbage generated on board ships poses a significant threat to the marine ecosystem. Both solid and liquid waste in form of ballast water, grey water, food waste, dunnage and packing material, paper products and cleaning material and rags etc. pollutes the seawater and badly affects marine lives. The vessels used for various purposes- be it a container or cruise ship- contribute to this pollution in different levels.

It has been scientifically proved that the noise generated from shipping operations is harmful to marine organisms. Harmful effects of noise pollution on marine organisms include haemorrhages, changed diving pattern, migration to newer places, and damage to internal organs and an overall panic response to foreign sounds. Source of noise pollution from ships include everything from engine noise to the entertainments in cruise ships. The intensity of noise pollution is higher in marine environment since noise travels greater distances easily in water and at the same time, marine life is extremely sensitive to noise due to their heavy reliance on underwater sounds for basic life functions.

No discussion on marine environment can come to a conclusion without mentioning the biggest cause of marine pollution – oil spills. The world has witnessed several oil spill disasters that have been one of the major concerns of pollution to the marine environment. Disasters such as the Exxon Valdez Oil Spill and Deepwater Horizon etc. have resulted in the extreme pollution of the marine ecosystem, killing thousands of marine species. The oil spilt destroys the insulating ability of several marine species and also the water repellency of bird’s feathers, exposing these creatures to life-threatening risks.

It is important to mention this environment degrading agent separately for the sole fact that it has and is the reason for several environmental problems both at sea and land. Those who have read or seen the Pacific garbage patch knows the extent of damage this substance is causing to the marine environment. It is estimated that around 8 million tonnes of plastic waste enters our oceans every year, and by 2050, at this rate, we would witness more plastic than fish in the water bodies across the world. The ill effect of plastic pollution is wide-ranging. The plastic pollution has a direct effect on wildlife as it- plastic bags, fishing nets and other debris-chokes tens and thousands of seabirds and sea turtles every year. The ingestion micro plastics fish and other species also pose risk to their life as well as humans.

The above-mentioned reasons for marine pollution might not be enough to depict the seriousness of the matter. However, it is our humble effort to educate and inform people about the ever-growing threat from these polluting agents.