Yachts are an indulgence to have and be boastful about. The vessels are even defined as being items of luxury and come in dual propulsion modes – either as yachts with sails or as motor yachts. Irrespective of their propulsion mode, luxury yachts are a sight to behold, tempting one to take a voyage within their confines.

Detailed below are six sailing yachts which are owned privately. These yachts are singular among their sailing peers and can be regarded as being the best sail yachts in contemporary times.

1. PHOCEA: Put into operation in the year 1976, Phocea is a super yacht built by the well-known company DCAN. A custom-fitted yacht with sails, the Phocea measures over 75 metres lengthwise and has a beam of over nine metres with a draft of 6.13 metres.

A maximum of 12 patrons can be accommodated within the yacht which offers a maximum speed of 14 knots. Built with steel and aluminium as the main materials, the yacht was re-equipped in the year 2000.

2. EOS: Another of the best sailing yachts is the EOS, constructed by Bremen-based Lurssen Yachts and put into operation in the year 2006.

A maximum of 16 patrons along with a 12-member crew can be accommodated within the yacht which measures 93 metres lengthwise, with a beam of 13.5 metres and a 5.5 metre draft. The vessel has been designed by Lurssen with its outer design carried out by the well-known Langan Design Associates, Inc. and interior designing carried out by the famous designer Francois Catroux.

3. SEA CLOUD: Sea Cloud is a sailing marvel of sail yachts. Built by Krupp Germaniawerft, the opulent sailing craft was launched in the year 1931 and underwent a detailed re-equipping in the late 1970s. 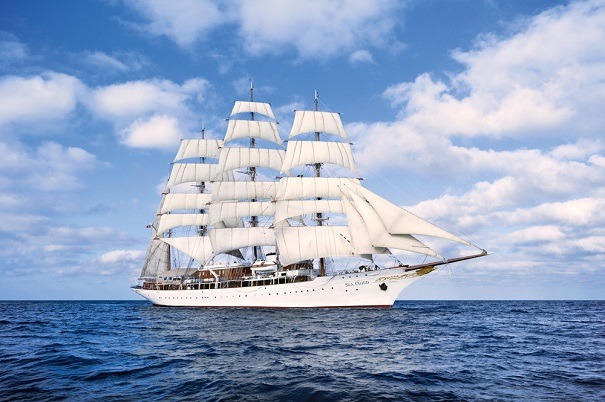 The craft’s outer designing bears the stamp of the famous Cox and Stevens’ hallmark. Measuring nearly 110 metres with a beam of almost 15 metres and a draft of over five metres, the sail yacht offers a maximum voyager accommodation of 64 people and a maximum crew of 60 members.

4. MIRABELLA V: A single masted variant of expensive yachts, the Mirabella V was put into operation in the year 2004. Built by one of the long familiar ship builders Vosper Thornycroft, Mirabella V stands at over 75 metres lengthwise, with a beam of almost 15 metres and a draft of almost 11 metres.

The sloop offers a maximum speed of 14 knots with a total sail spread of 36,000 square metres. The sails bear the Doyle Sails’ creation of Stratis while the famous designing company Ron Holland Design holds the laurel of designing the vessel’s inner and exterior domains. Mirabella V is custom-fitted and can be operated in any type of weather conditions on account of its superior and uber-luxurious amenities and fittings.

5. MALTESE FALCON: A three-mast marvel, the Maltese Falcon was built by the Perini Navy conglomerate and launched in the year 2006. The superyacht is known for its speed – a maximal of 18 knots – which allows the vessel to cross the Atlantic just within a fortnight (10 days).

The Maltese Falcon’s masts circumvolve and have a total of 15 sails spanning a total sail area of 2,400 square metres. In addition to its top-class sail aspect, the sailing yacht also boasts of a stellar cache of gadgetries for the 12 patrons it can easily accommodate. People aboard the Maltese Falcon can, in addition to enjoying the Falcon’s cruising, also enjoy activities like snorkelling and water skiing.

6. ATHENA: One of the biggest sailing superyachts to be owned privately, the Athena was constructed in the year 2004. A schooner with three masts, the Athena was built by the Holland-based conglomerate Royal Huisman as per the architectural framework of Pieter Beeldsnijder in collaboration with the firm Dykstra and Partners, the former also being the vessel’s exterior designer. The interior of the vessel meanwhile has been designed by Rebecca Bradley.

The Athena can house a maximum of 10 patrons and traverse at a maximum speed of nearly 19 knots. The superyacht has a length of 90 metres and was extensively re-equipped in the year 2008. Patrons aboard the Athena can scuba-dive and kite-surf along with experiencing the opulence of travelling in the luxury craft.

The best sailing yachts are so mentioned not because of their size or singularity in their construction. They have been rated by patrons and by enthusiasts worldwide who have seen and experienced the actual luxury of being aboard on one of these sailing wonders.

The Biggest Cruising Sailing Trimaran in the World

What is a Chafe Guard?

Late Steve Job’s Super Yacht Venus
Want to share your tips and advice? Got questions? Visit the community forum to ask questions, get answers, meet people, and share your tips!