A ship’s name, motto and badge serve as a great source of pride for its crew and a historic pride in the ships’ forebears. Reportedly, ships have been widely referred to as ‘she’ since 1375.

This can be traced back to the linguistic complexity prevailing in the English language. It has evolved over a multitude of centuries, taking direct influence from a vast array of languages.

English is predominantly a Germanic language, with a significant portion of the vocabulary directly derived from Latin, the language of ancient Rome. 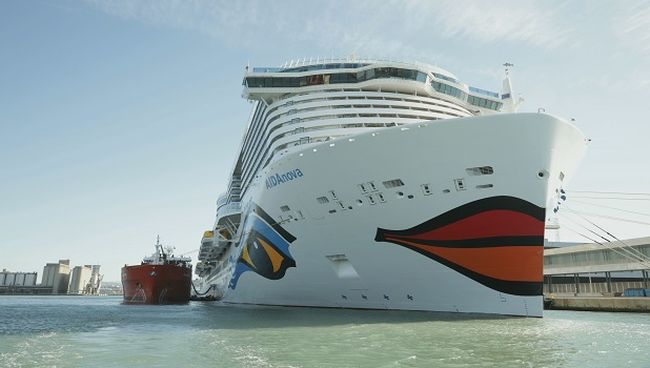 The Latin word for ship is ‘Navis’. Latin has been known to assign a gender to a lot of inanimate objects, with Navis being assigned a feminine entity. The designation of ships as ‘she’ can also be linked to a tradition that has been followed by sailors throughout centuries.

Most ancient sailors were men, with the ship getting named after those they adored. After the ship naming ceremony, ships were usually bestowed with a gender. Historically, sailors had to spend a lot of time onboard ships, with the majority of the crew members being male. The boat ended up being like a partner to them.

At the naming ceremony, such a name was chosen that it reminded the owner of someone he loved and cared for. Combination of this, with a mother’s protection, led to the historic feminine association of the ship.

Launching ceremonies was naval for sailors, dating back to thousands of years. It was, and is still, observed as a public celebration and a solemn blessing. During these ship launching ceremonies, ships have mostly been referred to as ‘she’.

With time, the practice of giving ships and boats a feminine identity has been reinforced, giving rise to a multitude of phrases like ‘mothership’, implying to a large vessel which is capable of launching other vessels.

Interestingly, not all nations resorted to ships being called ‘she’. The German Navy referred to its ships as ‘he’, which was the German tradition to name ships in a masculine manner. Chinese sailors, on the other hand, used gender-neutral terms like ‘it’, while referring to a ship or boat.

However, the personification of ships has been nearing its end for quite some time now.

Since 2002, Lloyd’s List, which is the world’s oldest newspaper, has already abandoned the process of personification of ships and has started using gender-neutral terms like ‘it’.

What according to you is the reason behind referring ships as “she”?