Mediterranean Shipping Company (MSC) announced their newest cargo ship MSC Oscar, which when launched in January 2015, will be the largest containership in the world with the capacity of 19,224 TEU.

MSC Oscar with a capacity of 19224 TEU will the largest of its type globally, slightly ahead of the recently launched CSCL Globe of 19100 TEU and Maersk’s Triple E Class vessels of 18270 TEU. 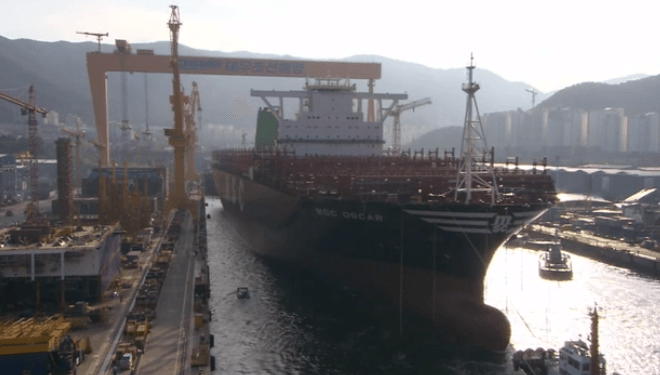 Build by the Daewoo Shipbuilding and Marine Engineering and classed by DNV GL, the Panama-registered MSC Oscar measures 395.4 meters in length, 59 meters in width and 16 meters in draft, along with 197,362 dwt.

The ship will be inaugurated during the first week of January 2015 and will join the Albatross service later that month. MSC Oliver, a similar kind of vessel is due for launch in April 2015.

The MSC Oscar is owned by China’s Bank of Communications and on long-term charter to MSC.