Piracy in Somalia is making a comeback and the Gulf of Guinea remains the world’s most active hotspot for crew kidnappings, latest data shows.

During the first three months of 2017, armed pirates hijacked two vessels off the coast of Somalia, an area in which previously no merchant ship had been hijacked for five years. Four further incidents in the region were also attempted this past quarter, according to the latest report from the International Maritime Bureau’s Piracy Reporting Centre (IMB PRC). 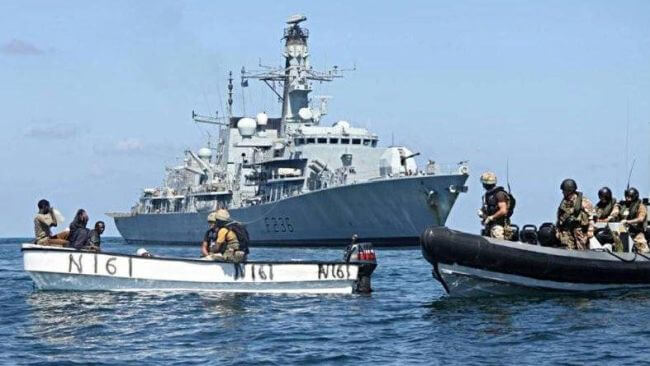 Meanwhile, in the Gulf Guinea, armed robberies and kidnappings were as prolific as ever during the first quarter. Nigerian pirates and armed robbers were responsible for 17 of the 27 kidnaps reported worldwide during the first three months of this year, the report said. Crew were kidnapped from three vessels – a general cargo ship, a tanker and a bulk carrier – all of which were attacked while underway 30 to 60 nautical miles off Nigeria’s Bayelsa coast.

IMB has noted a recent uptick in attacks occurring in the Bayelsa area, as well as off the coast of Brass, Bonny Island and Port Harcourt in Nigeria. Last week, six seafarers were kidnapped from a general cargo vessel that was underway just 20 nautical miles from the shore.

Pirates off Nigeria are becoming more sophisticated in the way they operate. They are reportedly sharing equipment and using fishing vessels to spot ships making their way through the high-risk area. However, some of the discussion at this month’s Oceans Beyond Piracy event suggested that anti-piracy efforts in the Gulf of Guinea are struggling to keep pace as the maritime threat evolves.

“Owners need to be more aware of the risk. I think that they and masters became used to a steady stream of near real-time reporting of the risks and attacks in the Indian Ocean from the MSCHOA (Maritime Security Centre – Horn of Africa),” says Stephen Askins, partner at law firm Tatham Macinnes, who has extensive experience in dealing with piracy issues and hostage incidents.

“The fact that the same service is not available in West Africa means the scale of the threat they face, particularly in and around the high-risk area, is not getting the same traction. Addressing this information vacuum, which would allow masters to reconsider routeing options, will go some way to keeping ships out of harm’s way,” he continues.

The MSCHOA has provided 24-hour manned monitoring of vessels transiting through the Gulf of Aden since it was established in December 2008, which includes live piracy alerts and updates via its website. However, such a service is lacking in areas like the Gulf of Guinea. The Maritime Trade Information Sharing Centre, Gulf of Guinea (MTISC-GOG) closed in June 2016 after completing its pilot mission, and a new reporting centre – known as MDAT-GOG – was established in its place. “Vessels in the region are encouraged to report to this centre and develop confidence in its use,” explains Gavin Simmonds, the UK Chamber’s policy director, commercial.

Privately contracted armed security personnel (PCASP) on vessels have been effective in reducing and deterring pirate attacks off the Horn of Africa, but vessels are not permitted to carry guards – whether armed or not – while in Nigerian waters. Instead, the Nigerian navy has been assisting with maritime security and recently there have been a couple of high-profile incidents where naval personnel have stopped pirates boarding commercial vessels.

The UK Chamber recognises that guards should continue to be employed in order to keep ships safe – but says we cannot see these guards as a long-term solution to the pirate problem and certainly not in the Gulf of Guinea, unless provided by local governments. For solutions, we need the help of government to tackle piracy at its roots – on land.

Somalian piracy has gained some momentum from the threat of famine in the country. Save the Children estimates almost 700,000 people have been displaced by hunger in the country, which is facing its worst drought since 1950.

World powers met this month at the London Somalia Conference and signed a new security pact, which sets out an agreed vision of Somali-led security institutions and forces, and which will implement the security reforms being made by Somalia’s federal government and will coordinate anti-piracy efforts on land.

In the meantime, the Somalian piracy model still has the potential to evolve, and therefore so must counter-piracy efforts in the area, according to the UK Chamber’s latest position paper. EUNAVFOR’s Somalia Operation Atalanta was extended late last year until December 31, 2018. The chamber has long been a supporter of the operation and says its mandate should be continued after the 2018 deadline.

Since piracy in Somalia reached peak activity in 2011, other more complicated threats have come to prominence. In the South China Sea, Filipino Islamic militant group Abu Sayyaf has staged crew kidnappings and robberies, in which some seafarers have been killed. Unlike Somalian piracy, however, Abu Sayyaf is recognised as a terrorist organisation by the UK, US and others. This adds an additional layer of complexity for owners of vessels from which crew have been abducted.

“In south-east Asia, with Abu Sayyaf, the legal framework dealing with payment of ransoms to a terrorist organisation is very very different to (dealing with) criminals,” explains Richard Neylon, a member of Holman Fenwick Willan’s global marine piracy team.

In Somalia and, to a large extent, in West Africa, pirates and armed robbers are criminal gangs, who operate for their own personal gain and to whom it is legal for shipowners to pay ransoms, he says. Their demands are usually monetary in nature, rather than political or military.

Reports from March this year suggest Abu Sayyaf is holding around 33 victims captive, including 11 Vietnamese, seven Indonesians, eight Filipinos, five Malaysians and one Dutch national. A seafarer from Vietnam, who was abducted with five others in February, was executed by the terror group a month later.

“We have close contact with the ReCAAP organisation and our liaison office in Singapore and we would encourage local law enforcement agencies to do their utmost to contain this new threat,” says Gavin Simmonds from the UK Chamber.

The UK Chamber’s priorities regarding piracy are: seafarers first, trade second. We need to act to ensure the safety of those working onboard vessels in high-risk areas, while also ensuring the free flow of trade, on which so much of the UK economy depends. Nevertheless, the chamber is mindful that the threat of piracy and vessel attacks will continue to evolve.