On the 9th June 2015 yard 730, constructed in the shipyard 3. MAJ for the Swedish company WISBY TANKERS, was launched into the sea from slipway no. 1.

In addition to key people from ULJANIK Group and the Minister for Economy, Mr. Ivan Vrdoljak, the ceremony was also attended by the shipowner’s representatives as well as by the godmother, Ms Helena Salomon, Manager of Production Technologies in 3. MAJ who, with the traditional cutting of the rope, released the vessel Palanca Rio“ into the sea.

The President of the Management Board of 3.MAJ shipyard, Mr Domagoj Klarić, on behalf of ULJANIK Group and the shipyard 3.MAJ, addressed everybody present at the ceremony and expressed that: Our aim and decisiveness in ensuring the quality of constructed ships and respecting the specific wishes of the buyer enables us to maintain our business relationships and entice to return those who have previously decided to build in 3.MAJ. This is confirmed by our relationship with Wisby Tankers who have continued collaboration with the 3.MAJ shipyard, even after the process of restructuring and privatisation as well as its becoming part of the ULJANIK Group. We wish both the godmother of the ship success in fulfilling her tasks and the vessel calm seas – was concluded by Klaric. 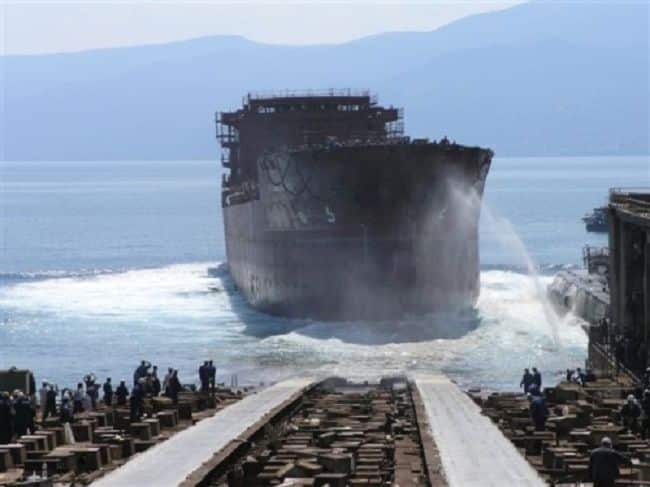 The Minister of Economy, Mr. Vrdoljak, congratulated all the workers who participated in the construction of the tanker and wished many more launchings for the company. The launching ceremony was successfully led by the Launch Manager Mr. Tomislav Lukin, while a blessing was bestowed by Fr. Luka Lučić who wished the vessel happy sailings.

Wärtsilä Supports Industry Future With Engine Donation To Texas A&M University
Want to share your tips and advice? Got questions? Visit the community forum to ask questions, get answers, meet people, and share your tips!