The STCW convention and codes as amended by the Manila Amendements (2010) has certain mandatory requirements regarding security training of seafarers. These regulations which came into force on 1st January 2010, requires all ship board personnel to carry out ship security training.

If you are still an active seafarer, you might have received a notice like the one below from your shipping company.

So what does this means?

According to the The STCW Convention and Code as amended by the STCW Manila Amendment 2010, all seafarers on board ships t0 which the ISPS code applies must carry the PDSD certificate. In addition to the Ship Security Officer (SSO) training, which is mandatory for ship personnel responsible for ship security, new security trainings have been made compulsory for all personnel employed or engaged on board ships.

One of the main aims of the the Manila Amendment (2010) was to take measures to fight the increasing piracy and violence against seafarers around the world. The safety of the ship, crew and cargo safety is the matter of utmost importance has also been mentioned in the Maritime Labour Convention (2006) that comes into force on August 20th, 2013. Though the number of attacks from pirates along the coast of Somali is declining, there has been a considerable increase in the number of piracy incidences along the coast of Western Africa. The importance of ship security training for all crew members has thus become extremely important.

Several steps have been taken in the past to combat Somali based piracy, however, it has been observed that the ship protection measures are not implemented correctly due to improper training or lack of understanding. The ship’s master and the ship security officer (SSO) are fully responsible to ensure that the Best Management Practices are implemented in order to ensure the ship’s crew is fully briefed and trained before the ship enters a high risk area (HRA). Several piracy incidents have been prevented in the past by preparing and training the ship’s crew to deal with such emergency. But still, several seafarers have been injured, killed, taken hostages, or undergone torture from pirates because of lack of proper understanding of ship protection measures. In order to fill these gaps, new mandatory training regulations have been implemented to ensure that all shipboard personnel are properly educated to improve the overall security of the ships. 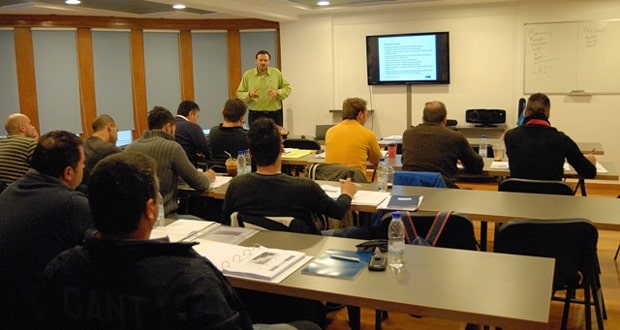 In addition to the existing Ship Security Officer (SSO) training (which is unchanged), amendements to the STCW convention brings in three new levels of security training:

Prior to assigning duties to shipboard personnel, it is the duty of the ship security officer (SSO) or any equivalently qualified person to provide security related familiarization training to them. The security familiarization should ensure that the seafarers are able to

It is now mandatory for all seafarers engaged or employed in any capacity of ships under ISPS code to take security awareness training to acquire the STCW certificate of proficiency in security awareness. On completion of this training, a seafarer will be able to

Training in designated must be undertanken by seafarers engaged on ships which are required to comply with the provisions of the ISPS code, which have designated duties under the ship security plan. On acquiring an STCW certificate of proficiency in designated security duties, a seafarer will be able to:

How Do I Get a Proficiency in Designated Security Duties (PDSD) Certificate?

If you are already sailing as a seafarer, it is likely that your company will have intimidated you regarding the course. If not, then you need to contact your company to inquire about the institutes providing PDSD certification. The PDSD is usually a 1.5 days course which is offered by maritime training institues recognized by the shipping authority of respective countries.

Have you already got yourself  Proficiency in Designated Security Duties (PDSD) certified?