Women have taken the world by storm on different occasions, for different reasons.  Sadly that has never stopped the world from judging them as ‘weaker’ sex. But that only means women have sought even greater pleasure in proving their mettle time and again. The marine world was a world considered way out of a woman’s domain. Historically, the marine sector has been a male-dominated industry and the entry of women was restricted due to a number of reasons including socio-cultural obstacles.

However, the notion has changed when woman sailors started arriving fighting against the existing barriers. Making inroads on the sea lanes following their male forebears, the woman seafarers have now made histories by making their way onto the world’s great ships.

Here is a list of few woman sailors who changed history forever.

Long before women started entering the marine sector as professional crews, some have conquered the high seas as pirates, breaking through the stigma of limited rights and opportunities. Among a number of such brave women pirates, Grace O’ Malley considered being one of the best female sailors of the world as her life presents a tale of heroism, sailing skills, and determination. Born in Ireland around 1530, O’ Malley took over sailing after her father’s death and went on to become one of the strong leader and fighter who managed to protect the west Ireland region from the growing threat of English crown. Putting herself in the role of a sailor, she not only set out to do what she loved but also to prove to the world that she was just as fine as any of her male counterparts when it came to sea life. 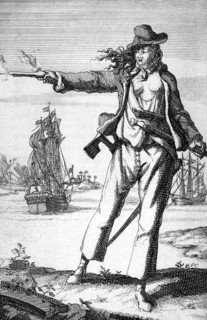 Her love for the sea, as the legends say, once made her cut her hair to disguise herself as a boy to board the ship on her own when she came to know that she can’t join her father in his journey to Spain. Even though history refers her as the greatest female ‘pirate’ of the world, there is no denying the fact that her sailing skills were better than most of the male sailors at the time, hence making her such an efficient pirate. At the height of power, the Irish pirate queen had hundreds of men soldiers and many ships at her disposal.

Born in 1777, Skipper Thuridur is one of the world’s earliest woman sailors and a celebrated fishing captain in Iceland who conquered the dangerous North Atlantic waters.  Thuridur, who is known to have sailed for years without losing a single crew of her, regarded as a brilliant captain capable of sailing in all sea conditions.  Her skills, in all aspects of sailing especially rowing and steering of heavy wooden open boats, made her one of the most efficient fishing captains in the world. 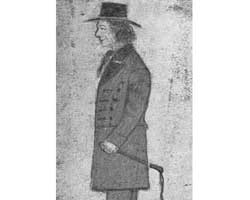 Skipper Thuridur started her sailing career at a young age of eleven years when she first joined her father’s fishing crew, never to leave it again. It was then that she discovered the true love of her life and paved way for many more female sailors to come in the future. Thuridur, who died at the age of 86, now considered as one of the prominent figures in Icelandic history.  A replica of her ship’s cabin that built at her birthplace now signifies her role in paving way for the entry of women in the maritime sector.

On 21st April 1978, the world history changed for better and forever. A young woman sailor docked her ship ‘Mazurek’, a Conrad built in Poland, after becoming the first female sailor of the world to have single-handedly circumnavigated the earth. Krystyna Chojnowska- Liskiewicz was completed her voyage in a span of 401 days without any break. Her trip was eventful and though the the journey was difficult, the ultimate reward was sweeter than entire toil. 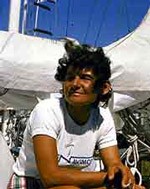 Krystyna Chojnowska- Liskiewicz, who born in Poland, in 1937, was trained in shipbuilding engineering and had started sailing while she was in school. In 1966, Krystyna received a captain’s certificate and after a decade she was ready to repeat the achievement of Joshua Slocum, the first man who sailed around the world single-handedly. In February 1976, she started her journey from the harbour of Las Palmas in the Canary Islands to reach back there in April 1978 after finishing a circumnavigation of 57,719 km (31,166 nautical miles). During her voyage, Krystyna crossed the Atlantic Ocean, the Caribbean Sea, the famous Panama Canal, the Pacific Ocean, and the Indian Ocean. While Naomi James and Kay Cottee repeat her achievement later, Krystyna Chojnowska-Liskiewicz was the women who broke the barriers that prevented women from such expeditions.

While Krystyna Chojnowska- Liskiewicz remains the first women sailor to have single-handedly circumnavigated the earth, the world remembers Naomi James as the first woman to sail solo around the world via Cape Horn within 272 days. The young sea ‘fearing’ but determined woman set out to test waters of the world’s oceans on 9 September 1977 and returned on 8th June 1978. Completing a circumnavigation of the earth in 272 days, this young woman sailor broke the earlier record for the same held by Sir Francs Chichester by two days. 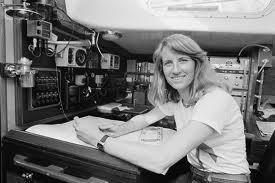 Born in March 1949, in New Zealand, Naomi James interestingly didn’t learn to swim until the age of 23 and was working as a hairdresser until she boarded a passenger boat for Europe. She later learned swimming from her husband Rob James, a skipper. Naomi was an active sailor until 1982 when she gave up sailing after winning the 2000 mile Round Britain Race with Rob James. Recognizing her achievement, Naomi James was made a Dame Commander of the Order of the British Empire in 1979 and was inducted into the New Zealand Sports Hall of Fame in 1990.

This Australian sailor made the world sit and notice her presence when she completed a single-handed voyage around the world in a span of 189 days. Most importantly, that was an unassisted, non-stop voyage around the world. In 1988, at an age of 34 years, Kay Cottee set out from Watsons Bay to travel across the globe in her yacht named ‘Blackmore’s first lady’. And, 189 days later, she made an entry into the Sydney Harbor and the world history forever. During the voyage that covered 22,000 nautical miles, Kay Cottee crossed five great capes while passing through the Pacific Ocean, the North Atlantic, the Indian Ocean, and Great Southern Ocean.

Born into a yachting family in January 1954, in Sydney, Kay Cottee made her first voyage when only a few weeks old. Kay must have begun her relationship with the sea on that day when she boarded her father’s boat. Securing her name in the list of top female sailors of the world, she became an inspiration for many more like her. Narrating her life, Kay has written two books named as First Lady (1989) and All at Sea on Land(1998).

While these are only five of women who made remarkable changes in the history of the marine world, there are numerous such women who have contributed to the marine world by breaking the norms and just going for what their hearts desired.

Do you think there are more fabulous female sailors that are worth mentioning? If yes, we would love to hear about them.