Almost a decade ago, when I was sailing on an oil tanker, a young chief officer who had joined my vessel, asked me if the ship was ever going to load in Iraq. When I asked him why he was so curious about Iraq, he innocently replied that since after completion of loading no survey was carried out in the Iraqi port and the Bill of lading was prepared based on figures provided by the ship. The ship would be loaded with crude oil almost 99% full and B/L figures provided by the ship would be 98% or less of the total cargo. The 1 % or more of this cargo would then be sold to small barges off the coast of a maritime nation in the Arabian sea arranged by the installation. The loot would then be equally divided among all on board and ashore. When I informed him that nothing of this sort can happen on board my ship, he was very disappointed and after a few weeks left the ship.

Have you ever faced food problems, salary issues, ship arrests, engine breakdowns, coercion by senior officers and abandonment by ship owners on a merchant ship? 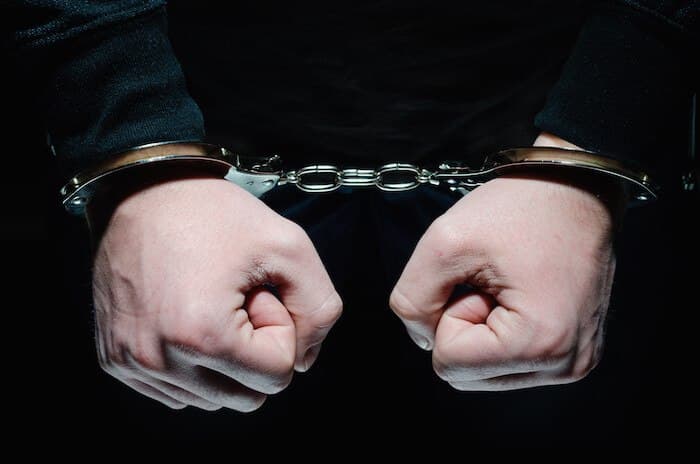 Well these are just a few of the many problems faced by many seafarers on ships worldwide. The main reason behind these problems is greed, which is a worldwide phenomenon. Corrupt Masters, Chief engineers, Chief officers, ship superintendents, acting alone or in collusion with other shore based entities can make life hell for their crew. If the corruption is led by shore managers, then it’s high time you quit the company and report to authorities against such maritime frauds.

So what exactly is maritime fraud and how to detect them?

Maritime frauds can occur anywhere; be it a vessel, a shipping company office or a trading company transporting goods by sea. The list can go on. It necessarily has to involve two or more parties, out of which one or more must have unjustly or illegally succeeded in obtaining goods or services from another party. Since they can happen anywhere, it is important that seafarer is extra careful and do not get directly or indirectly involved in activities or get himself coerced by senior officers in wrong doings that can cost them dearly, both financially as well as to their reputation.

A special watchdog to detect, inform and combat such maritime frauds, International Maritime Bureau or IMB was set up in 1981 as a specialised division of International chamber of commerce (ICC). It is a nonprofit organization. Even IMO in its resolution A 504(XII) (5) and (9) adopted on 20 November 1981, has urged Governments, organizations and interested parties to co-operate and exchange information among each other to combat maritime frauds worldwide. Hopefully seafarers are already aware of the IMB piracy reporting centre based in Malaysia and getting worldwide piracy reports regularly on board. For more details, refer to icc-ccs.org.

Some of these maritime frauds are visible and can be easily detected, whereas others may remain hidden for a long time in the absence of evidence. For example, the easily visible ones on board are: –

I can go on but in their own best interest, seamen should remain vigilant and watchful and identify several other such frauds not reported in this article and bring them to the notice of the port authorities. Whistle blowers are rewarded handsomely these days as it happened in the case of a 3rd Engineer who provided substantial evidence to the US coast guard many years ago, of wrong doings by a chief engineer, causing environmental pollution. While a long prison sentence was awarded to the Chief engineer, the junior engineer was awarded with a million dollars and US citizenship.

Seafarers have many choices today to collect evidence against frauds committed on board. One of them being an Intrinsically safe camera for hazardous environment and various spy gadgets for indoor use. From false bottoms and incorrect sounding tapes provided by bunker barges to Bunker delivery notes and various stores /provisions supplied to your vessel, vigilance and alertness can prevent many frauds being committed. Never get blackmailed or coerced by seniors for environment related issues. Report quality issues and shortages to the master and 2 or more crew should counter sign all the invoices received on board. Speak freely about safety issues in your monthly safety meeting. Lastly report suspicious behaviour of any crew to your senior officer.

It is important to remember that if the fraud is happening on board, ignorance of any kind is not helpful. By virtue of crew’s presence on board, it is taken for granted that an event has taken place under the full knowledge of the Master or crew or both unless reported by either of them well before they are detected by authorities. The biggest reason for such frauds is mainly Greed, but a maritime fraud will also take place due to coercion of the crew, by senior officers or external person or persons and of a Master by either his own company officials, ship owner, agent, port authorities and criminal syndicates.

Have you ever personally found out about a maritime fraud on board ship?